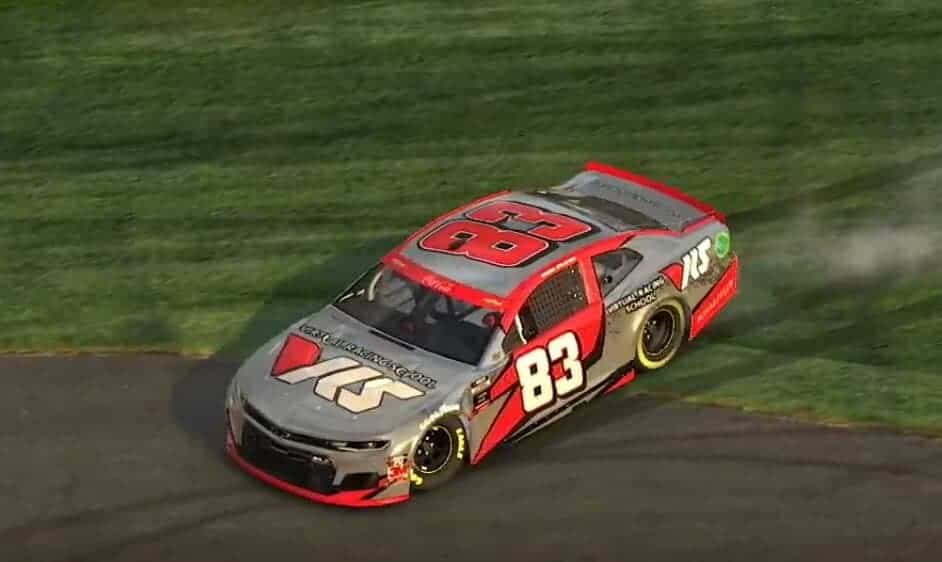 Another road course race, another victory for Bobby Zalenski.

His victory ensured he will race for the championship and a $100,000 prize at Homestead-Miami Speedway Nov. 3.

“I don’t know we are able to still do this, me and my team…” Zalenski said after the race. “You put all this preparation in and all that, and just somehow you’re able to maximize every aspect, every time with the car and just understanding the tires … I’m just happy we’re going to Homestead, that’s the goal. Road course is a road course, but we’re trying to win a championship and get to Homestead. I’m just glad we had a clean race, really good [qualifying] lap, was able to just go out there and drive.”

Jimmy Mullis finished over 10 seconds behind Zalenski, while Nick Ottinger was third. Keegan Leahy fought through some left-side damage to place fourth, and Logan Clampitt rounded out the top five.

Other playoff competitors included Ryan Luza in 11th and Ray Alfalla in 24th.

The biggest movers of the race were Team Dillon eSports’ Blake Reynolds and last year’s champion Zack Novak, who gained 16 and 17 positions to end 16th and 17th, respectively.

Trouble incurred early on for one of the playoff contenders. On lap 10, JR Motorsports’ Michael Conti suffered a blown engine when his shifter “popped out of second,” he said on Twitter.

Popped out of 2nd and blew up. Not much you can do about that…just have to win at Kansas or Texas! Could've had a good points night, but it just wasn't meant to be.

Conti ended 37 and will have his work cut out for him in the next two weeks to make it into the final four.

Later, Bowlin got turned around in a chicane as the broadcast interviewed NASCAR Cup Series driver Clint Bowyer, who owns a team in the iRacing Series. Bowlin attempted to hold off Ottinger and Vincent for a top five, but his defensive driving came back to bite him. After letting Ottinger pass him, Vincent went around Bowlin on the outside and clipped him while in the chicane, sending him spinning. Bowlin still hung on for a top 10, though.

After the field made its pit stops around lap 28, Clampitt made slight contact with the wall. However, he still had a fast car and climbed into the top five before long.

Throughout the race several other drivers went off track or spun, including Joe Gibbs Racing’s Malik Ray. Ray continued on, though he ended one lap down in 33rd. Then, on the final lap, Jarl Teien spun around near the finish line, and Mullis had to quickly take evasive action around the No. 66 car to finish strong.

In the end though, Zalenski powered through a mentally-exhausting race to stand tall over the competition.

Next week the Coca-Cola iRacing Series heads to Kansas Speedway. You can watch the race live at 9 p.m. ET on eNASCAR.com/live, Facebook.com/NASCAR, YouTube.com/NASCAR and Twitch.tv/iRacing.