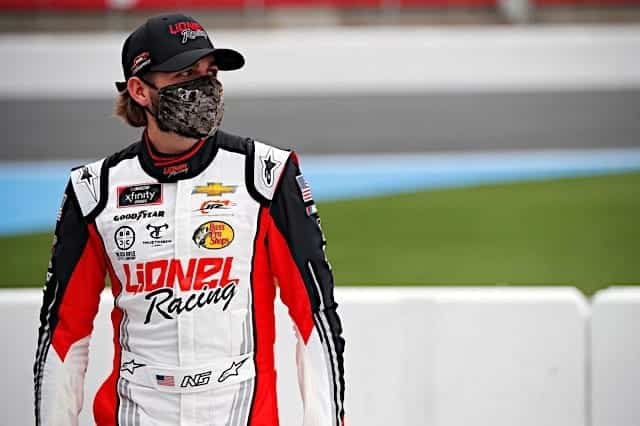 Noah Gragson is on the pole for the NASCAR Xfinity Series’ first race in the Round of 8 at Kansas Speedway.

Austin Cindric starts next to Gragson on the front row, while Daniel Hemric and Ross Chastain make up the second row. Brandon Jones rounds out the top five.

The Kansas Lottery 300 airs on Saturday, Oct. 17 at 7 p.m. ET and airs on NBC Sports Network and MRN radio.