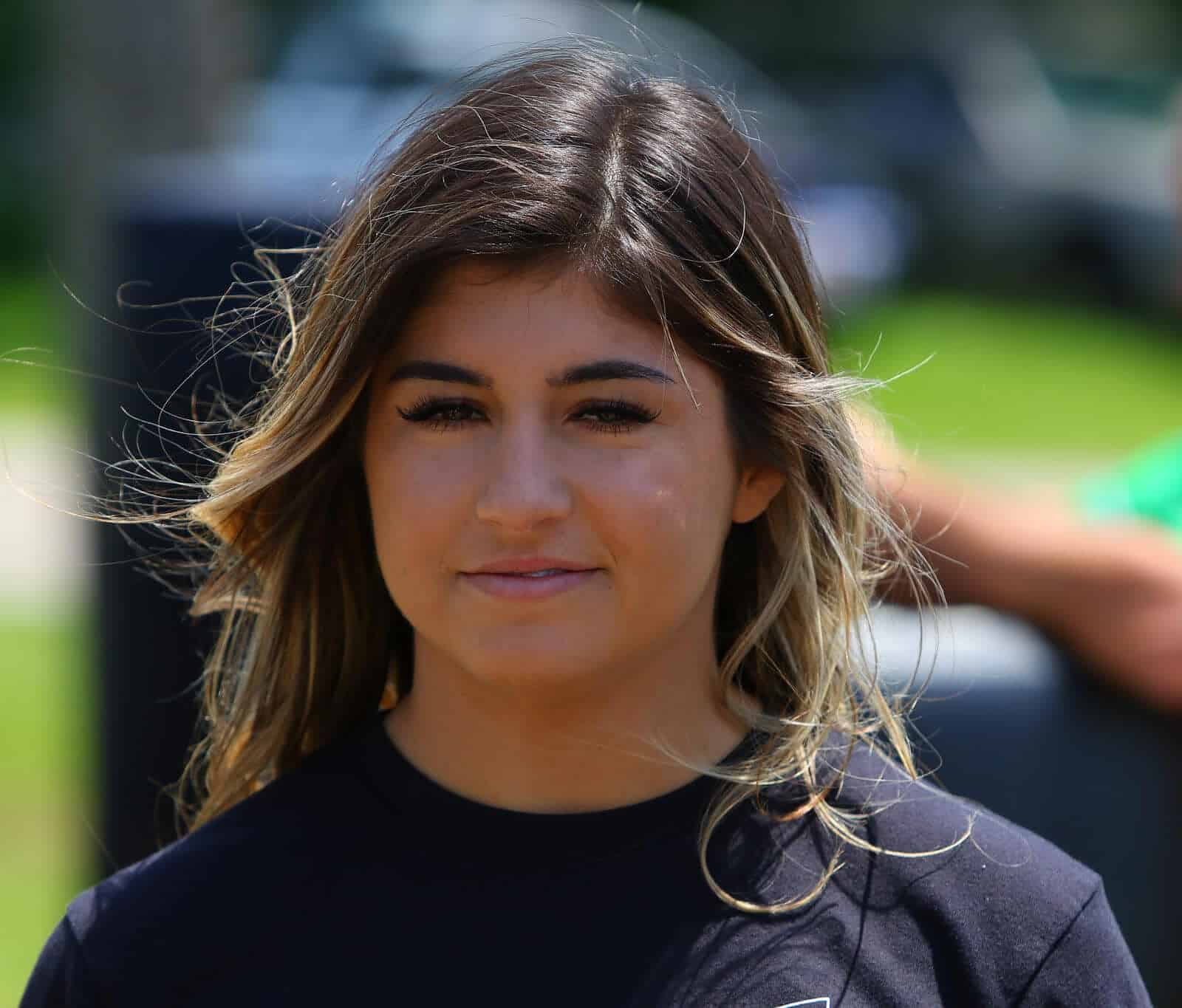 In this weekend’s NASCAR Gander RV & Outdoors Truck Series race at Kansas Speedway, Hailie Deegan becomes the latest in a line of women to race in NASCAR’s national series.

Deegan, a full-time competitor in the ARCA Menards Series in 2020 for DGR-Crosley, will strap into DGR’s No. 17, making her Truck debut.

She’s not alone — barely. One other woman will join her in the field: Jennifer Jo Cobb, a veteran of the series, will also be at Kansas with her No. 10. Should Deegan return at, say, Martinsville Speedway later this year, she could also race alongside both Cobb and Natalie Decker, a part-time competitor for Niece Motorsports in the series who’s not entered at Kansas.

But the crop of women to stake their claim to a NASCAR national series start in recent years isn’t too substantial otherwise. Deegan will become just the 17th woman to start such a race in the last decade, four of whom have competed in the Cup, Xfinity or Truck series in 2020.

Here’s a rundown of those who’ve competed in at least one race since 2010, not counting the handful who failed to qualify in that span.

One start (one Xfinity)

Bell is one of a handful of women who were fixtures for multiple years on the K&N circuit, scoring two top fives and five top 10s in the mid-2010s. She also got a one-start tryout in Xfinity with Rick Ware Racing at Phoenix Raceway in 2014, finishing eight laps down in 29th.

Cobb is the national series’ only full-time woman on track in 2020, piloting her self-owned No. 10 in the Truck Series. Though her results have never been too strong, with just one top-10 finish, she’s driven either for herself or in underfunded equipment all her career, and her longevity in the sport is one to be admired; she crossed 200 Truck starts earlier this year.

One of two nieces of Derrike Cope to reach NASCAR’s higher reaches, Amber Cope is also the one of the pair who fizzled out sooner, her last start coming in 2012 in the Xfinity Series. She later opened a salon in North Carolina.

One of three Decker women (two sisters and a cousin) to race in NASCAR’s national series in the 2010s, Claire Decker drove two races for Jennifer Jo Cobb Racing in 2016, with a top finish of 27th in her Martinsville debut.

Natalie Decker, cousin to Claire and Paige, also boasts the most national series starts of the three, despite not starting a race until 2019 (she failed to qualify at Martinsville when the trio tried to race in the same Truck event in 2016). In two part-time schedules in 2019 and this year, she’s snagged one top five, coming in the season-opening race at Daytona International Speedway for Niece Motorsports.

The oldest of the Deckers, Paige also became the first of the group to race when she competed for Mike Harmon Racing at Martinsville in 2015 in the Truck Series, finishing 30th. She’s also the only one of them to date to make an Xfinity race, driving two for Obaika Racing in 2016.

Former The Price Is Right model Dufault most commonly raced in ARCA, running 14 of the 19 series races in 2011. The Canadian also ran two Xfinity races for MacDonald Motorsports and Go Green Racing in 2011 and 2013, respectively, with a best finish of 30th.

Danica Patrick wasn’t the only female 2000s NTT IndyCar Series driver with eventual stock car aspirations; Duno, who drove 43 IndyCar races between 2007 and 2010, first popped up in the ARCA Menards Series, followed by three races in the Xfinity and Truck series in 2014. She only qualified for half the Xfinity races she attempted that year, and the Venezuelan has not raced in NASCAR since.

A veteran of open-wheel and sports-car racing, Katherine Legge later made a four-race stint in Xfinity for JD Motorsports with Gary Keller in 2018, initially scheduled to run just road courses for the team (with a 14th-place finish at Road America her top finish). She later got a chance on an oval as well, running Richmond Raceway and finishing 28th. The Brit still races today, including at this year’s Rolex 24 at Daytona.

In 2010, Long won the Snowball Derby, a victory that catapulted her into the NASCAR ranks even further than she already had been, having started seven Truck races that season, five for her family-owned team. Eventually she became a dependable mid-packer in Xfinity for ML Motorsports’ No. 70, often outpacing drivers in much more well-funded equipment, but last appearing in the series in 2015.

One start (one Xfinity)

Florida’s Owens ran three part-time ARCA seasons between 2008 and 2010, took some time off after the birth of her first child, and returned in the Truck Series in 2012 at Daytona, albeit with a DNQ. She resurfaced four years later, running her only national series race to date, an Xfinity event for Obaika at Richmond, finishing 36th.

NASCAR’s most famous woman driver ever, Patrick burst onto the scene after a fruitful NTT IndyCar Series run with a pair of part-time Xfinity runs in 2010 and 2011, followed by a full 2012 Xfinity schedule and her Cup debut that year. A five-season stint with Stewart-Haas Racing in Cup followed, but the expected results never materialized, and she retired from stock cars after one final Daytona 500 run in 2018.

At the beginning of 2020, two women were racing full time in the Truck Series, with Angela Ruch joining Cobb by driving Reaume Brothers Racing’s No. 00. But Derrike Cope’s other niece has scaled back to a part-time role instead, and her biggest season seems like it’ll remain 2019 in Trucks, when she scored a top 10 at Daytona for Nemco Motorsports and started 10 races.

New Mexico’s Shaw made two Truck starts, one each in 2009 and 2010, with a best finish of 24th in her series debut at Lucas Oil Raceway for Red Horse Racing. She eventually went on to work for Michael Waltrip Racing, albeit in a non-driver role.

The tail end of the 2000s and beginning of the ’10s saw Theriault (no relation to Austin) drive multiple Truck races for Mario Gosselin and Andy Hillenburg. Most of those starts were start-and-park situations, and she finished no races, running just 136 laps over those six events.

Mike Wallace‘s daughter had a brief foray into NASCAR’s national series at the end of the 2000s, moving up to Xfinity in 2010 for a pair of starts alongside her dad (including as his teammate in what became her final Xfinity race at Talladega Superspeedway). She didn’t have much to show for it, with her best finish a 13th at Talladega in the Truck Series in 2009, despite her 2008 Truck starts coming with Germain Racing, whose primary driver Todd Bodine finished third in points that year.