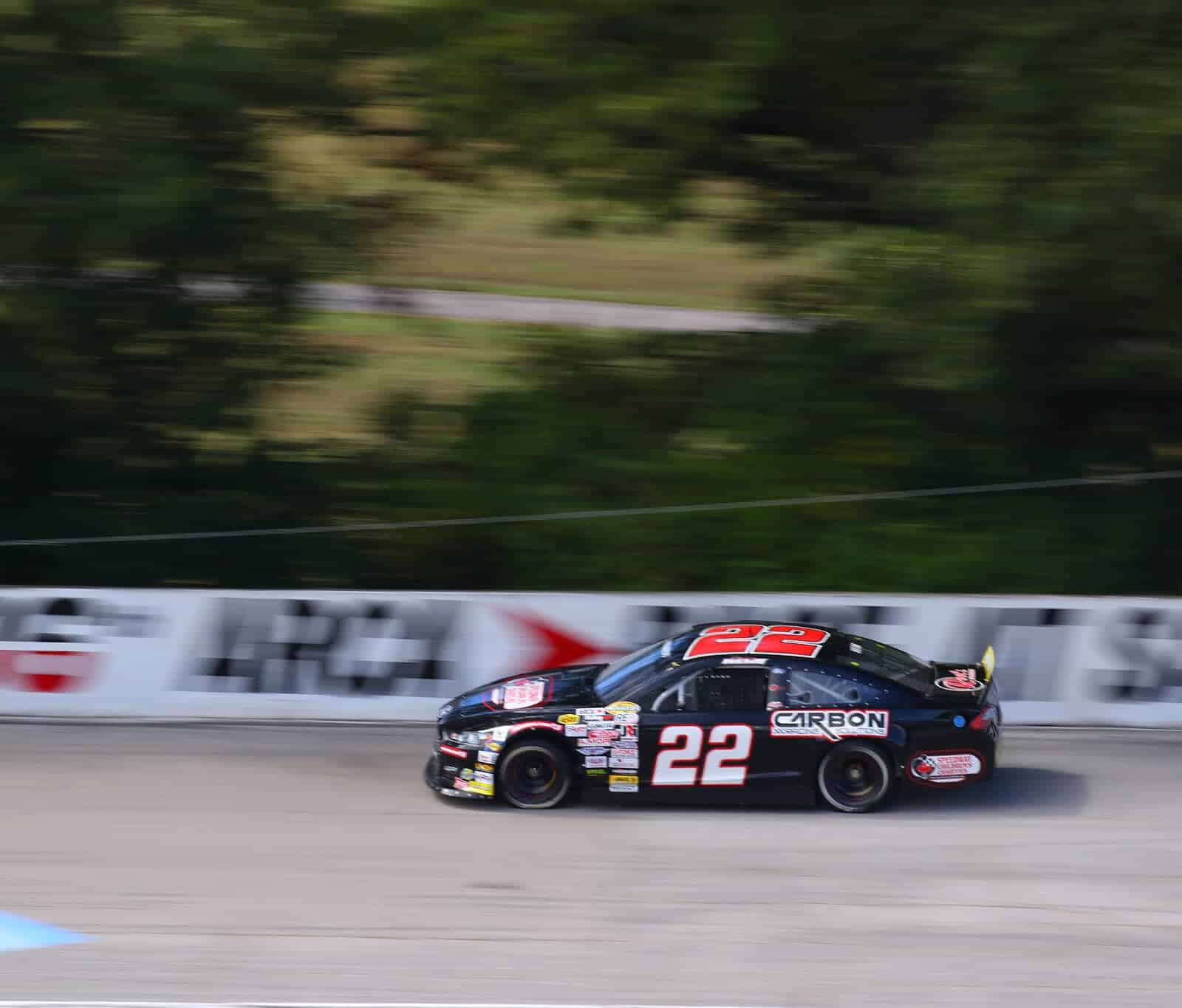 In what was one of the closest championship battles in recent memory, the final race of the 2020 ARCA Menards Series did not disappoint.

Separated by just eight championship points entering the valedictory race at Kansas Speedway, combatants Bret Holmes and Michael Self had one goal in mind: win the Speediatrics 150.

The race victory could all but seal the championship crown for either foe. However, neither did.

Surprisingly, the dominant car of the night actually belonged to 18-year-old Corey Heim. Driving a car owned and prepped by Venturini Motorsports but scoring points for Andy Hillenburg’s Fast Track Racing, Heim spoiled the title match. The Georgian blistered the field en route to his first career victory after leading 80 of the 100 laps contested.

Still, the night belonged to Holmes, who flanked Heim nearly all night in the runner-up position. Holmes was nearly unflappable as Self was nowhere to be found all night. With Self experiencing speed and mechanical deficiencies, second place was all that Holmes needed to claim the 2020 championship.

“The two things I’ve ever wanted are for friends and family to be proud of me through racing and for my team to have the same respect as the others,” Holmes told Fox Sports. “I think we earned that today. We’ve paid our dues, and it’s a really special feeling. We’ve worked a long-time for this.”

It was indeed a long time coming for Holmes and his family-owned independent team. Entering the season, the veteran team initially planned to scale back to a part-time schedule, but as early-season successes mounted, the team showed up at all 20 events. It was well worth it, as 2020 not only marked the team’s first victory but also their first championship.

“There have been plenty of times where I had thought about giving up, but I had a lot of people who didn’t give up on me,” Holmes added. “This team just builds me great race cars that will win every week, and it just makes it really special.”

He may have started second, but Holmes had already rocketed around polesitter Ty Gibbs by the end of the first lap grabbing an all-important bonus point for leading a circuit.

While the sterling night was just beginning for Holmes’ No. 23 Chevrolet, Self’s No. 25 Toyota had dropped to eighth by lap eight after starting third.

The issues would magnify for the Utah native on lap 21 when Self’s machine dramatically slowed with fuel pressure problems. Despite losing a lap, his Toyota limped to the first race break and received the free pass. When the race resumed, Self’s problem seemed to be resolved.

With Self back in the hunt, it was Heim who was already dominating the event. Having passed Holmes on lap 19, Heim set sail on the field with Holmes closely in tow throughout the night.

Although he would drive back into the top five, Self lacked speed compared to Heim and Holmes, as he struggled to match the lap times of the potent duo.

Upfront and shadowed by the larger points battle, Heim was stunned by his performance in just his 16th career ARCA start.

“This is just really surreal right now,” Heim exclaimed in victory lane. “I’m kind of at a lack for words. Congrats to Toyota and Venturini Motorsports and all the people that make it happen. I couldn’t have done it without them.”

With Heim and Holmes soaking up their magical moments, Derek Griffith, Dylan Lupton and Self were left to round out the top-five finishing positions.

Outside of the race and championship battle, two part-time drivers had their nights derailed by mechanical gremlins. Chandler Smith experienced fuel problems much of the night, similar to those of his teammate Self. Although he never retired from the event, Smith finished well off the pace, 18 laps down.

While Self experienced his problems, Gibbs simultaneously experienced difficulties that proved to be terminal. Gibbs’ No. 18 Toyota was pushed behind the wall early after experiencing a broken hub. Gibbs returned to action at the second stage break and drove to a 14th-place finish.

By virtue of her sixth-place finish, Hailie Deegan has wrapped up her first-year campaign. Not only did she finish third in the championship standings, but Deegan also locked up Rookie of the Year honors.

Deegan beat out Drew Dollar, who finished fourth in the standings, only running 16 events. Gibbs claimed the final spot in the top five.