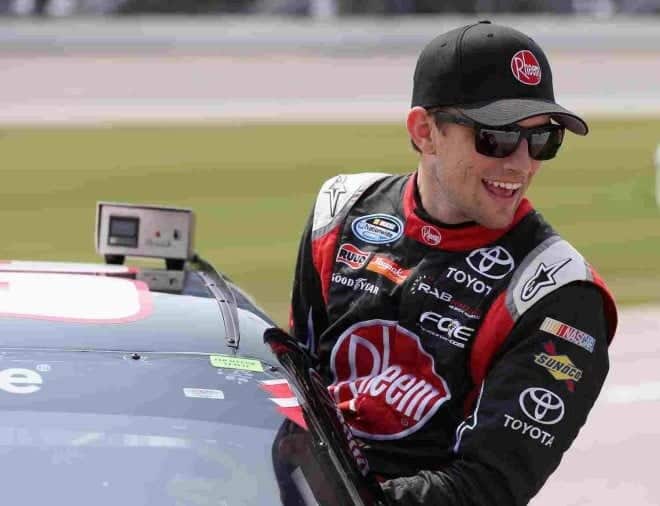 James Buescher is back.

The 2012 NASCAR Gander RV & Outdoors Truck Series champion will return to to the series for the first time since 2015, slated to a Niece Motorsports entry at Texas Motor Speedway (Oct. 25) the team announced Oct. 16.

Buescher joins a growing list of former drivers who have returned to the Truck Series on sporadic occasions for Niece this season including Trevor Bayne and Greg Biffle. Although the truck number was not disclosed, on the preliminary entry list, Niece’s Nos. 40 and 42 trucks were listed without a driver, meaning Buescher will likely drive for one of them.

“I am thankful for everyone at Niece Motorsports and FHE for believing in me and providing me this opportunity to get back behind the wheel and once again showcase my talents,” Buescher said in a team release.  “When I exited the sport back in 2015, it was not on my own terms.”

Buescher, who is a cousin of current Cup Series competitor Chris Buescher, competed full time in Trucks between 2009 and 2013 before moving to the Xfinity Series for a single season in 2014. Buescher has tallied seven wins across the two series, including six in Trucks and one in NXS.

Buescher will carry sponsorship from FFE Fracklock for the one-off effort.