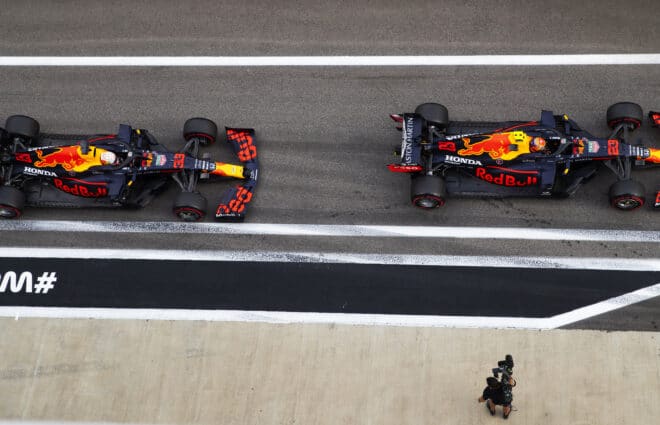 For almost all of its history, Red Bull Racing’s two drivers have been graduates of their AlphaTauri “B” team.

Drivers like Daniel Ricciardo, Sebastian Vettel and Max Verstappen have all come through the B team and had successful F1 careers. However, Red Bull now sits in a bit of a dilemma regarding who will pair with Verstappen for the upcoming 2021 season. It’s a decent dilemma when a team has a handful of talented drivers to choose from. The million-dollar question is which driver.

Currently, it’s Alexander Albon. The Thai driver replaced Pierre Gasly midway through the 2019 season, and despite scoring a podium at Mugello this season, has struggled during his time at Red Bull. While on the other hand, Gasly struggled so much during his time at Red Bull it led to his demotion and being replaced by Albon. To Gasly’s credit, he was able to charge to victory in the Italian Grand Prix this season with AlphaTauri, making the best case yet for why he should return.

Gasly has been running very well despite driving for the B team, scoring a victory and six top-10 efforts. Over at Red Bull, Albon has logged a podium, three top fives and four more top 10s. While on paper Albon has the more consistent stats, the fact that Gasly pulled out a victory almost negates everything Albon has achieved.

Despite these two drivers seemingly being at odds with each other in the race to be Red Bull’s second driver, there are still a few other names being tossed around.

The current second driver at AlphaTauri is former Red Bull Racing driver Daniil Kyvat. Kvyat has tasted the experience of driving for the senior team before, logging two podiums with Red Bull in 2015 and 2016 and another with Toro Rosso in 2019. Kvyat was demoted after famously colliding with Vettel during the 2016 Russian Grand Prix – and his replacement was Verstappen.

While it’s unlikely Kyvat will be moved up to Red Bull, it is still bizarre to think that two of the three drivers currently in Red Bull’s F1 system have been demoted from the senior team.

Recently, the name Yuki Tsunoda has been tossed around the AlphaTauri team. The current Carlin Racing driver is one of Red Bull’s top young drivers from the academy and sits third in the driver’s standings with two wins this season. His name has been circulating as a potential candidate for AlphaTauri in 2021. As reported on by Planet F1, Carlin boss Trevor Carlin said that “Certainly Mick’s [Schumacher] a shoo-in for Alfa-Romeo, I’d say Yuki will be a shoo-in for AlphaTauri.

“I think Yuki’s the fastest driver out there, he’s just had too many DNFs and incidents that have cost him the championship really.”

Tsunoda scheduled to participate in his first F1 weekend at Imola for the upcoming Emilia Romagna Grand Prix and it will be a chance for him to make his case to replace Gasly or Kyvat at AlphaTauri.

Should Red Bull bring in Hulkenberg and most likely demote Albon back to AlphaTauri, it would mark the first time since Mark Webber joined the team in 2007 that a driver has joined Red Bull without previously driving for the B team.

The open seat at Red Bull serves as the best available seat currently left unfilled after the signing of Lewis Hamilton‘s new Mercedes contract. Meaning that the guys in the AlphaTauri camp will be fighting even harder for the spot, going up against other free agents like Hulkenberg and Sergio Perez, who might take a shot at tossing his hat into the ring.

It’s safe to say, that Red Bull does have quite the pickle on their hands when it comes to the team’s second driver. Red Bull has one of, if not the best crop of young talent in F1, all vying for a spot at one of their two teams. However, the issue plaguing Red Bull is that they have all these talented drivers but nowhere to put them.

Red Bull has a huge decision on their hands. Do they give Gasly a chance to redeem himself, stick with Albon hoping he gets better or take a huge shot in the dark and hire Hulkenburg, defying the fairly cut and dry Red Bull progression ladder?

If the reports are true that Tsunoda is a “shoo-in”for AlphaTauri, who gets the boot? Gasly, Albon or Kyvat? Red Bull has confirmed whichever driver they hire will be racing as Verstappen’s second driver, and all the drivers understand that fact. The speed of Red Bull in 2020, which moved them up to the second fastest team, serves as the biggest draw to any driver wanting to join the team. With that speed comes the need for results, and that has been what all three drivers have lacked in their time at Red Bull.

The fact that Gasly has the only win out of the three and it came in an AlphaTauri speaks volumes on how unlucky the second seat at Red Bull has been.

Who do I think will partner Verstappen in 2021?

I really do believe that the second driver to Verstappen in 2021 will be …. drumroll please.

Everyone deserves a second chance, and Gasly took his demotion with stride and set out to outrun his senior team replacement. Scoring his first podium and first win with AlphaTauri, Gasly has more than made his case for a call up to the Red Bull team for one final chance.

As for Albon, he will most likely be demoted back to AlphaTauri to drive alongside Kvyat for one more season before Tsunoda becomes his new teammate in 2022. I could be right, but I also could be dead wrong. As the season draws to a close, look for the drivers without 2021 plans to be driving extra hard to impress.

Alex has been writing in the motorsport world since he was 19. Starting his career with the NASCAR Pinty's Series, Alex's work has been featured in Inside Track Magazine, TSN & NBC Sports as well as countless race programs. Alex has also worked within the junior hockey world in Canada, appearing as a desk host for the OHL's Barrie Colts. He also got the opportunity to cover the 2018 Chevy Silverado 250 which appeared as the headlining article on NASCAR.com.
@@alexgallacher95
Previous Power Rankings: Someone Woke Up Joey Logano Edition
Next The Frontstretch 5: Active Texas Records That (Probably, Maybe) Won’t Fall This Weekend 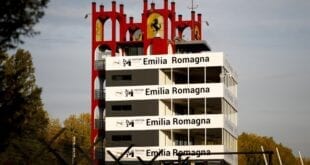