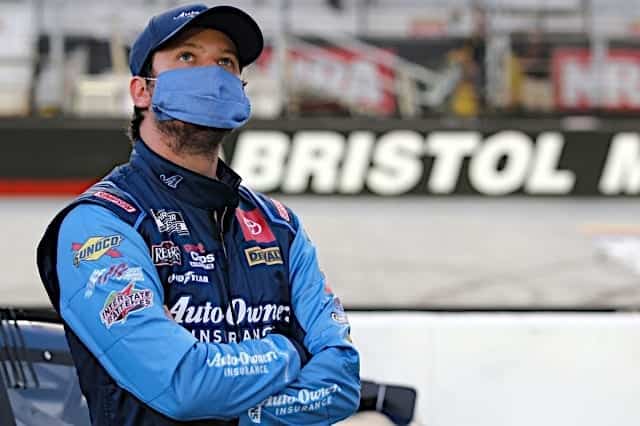 The multi-year signing comes two months after Joe Gibbs Racing tagged Christopher Bell to drive the No. 20 Toyota next season.

Jones will hop in the seat that is vacated by Bubba Wallace, who will drive for Michael Jordan and Denny Hamlin’s new team starting next year.

The 24-year-old has two wins, 33 top five and 62 top 10s across four full-time Cup seasons. His most recent points victory came in last year’s Bojangles’ Southern 500 at Darlington, while he also won this year’s Busch Clash at Daytona.

Jerry Baxter will continue in his current role as crew chief of the No. 43 with Jones in the seat. Sponsorship details are yet to be announced.

Surprised to see it is a multi-year deal.

So who is the multi year deal to protect, Jones or RPM?

Bill B
Reply to  David

I am guessing multi-year is 2 years. I would also guess that was RPM’s desire. They wouldn’t want to have to go through the same process next year. I’d also guess Jones wouldn’t want to be locked into a really long contract that would keep him from seeking a better ride if it became available.

That’s a step up for Petty and a step down for Jones, but I’m happy to see him stay in cup. The guy has talent.

Bummer Jones is at RPM – hope he is able to sell himself to some good sponsors. That team just isn’t going to compete for wins unless they get the financing.