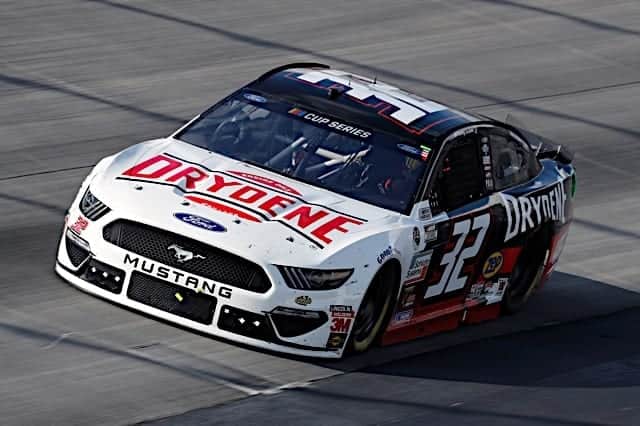 What developments in silly season happened this past week?

Erik Jones was named to the Richard Petty Motorsports No. 43 after this season in the NASCAR Cup Series. In a press release containing multiple obvious errors that was published on its website hours before the official reveal, RPM announced that Jones has signed a multi-year agreement. That press release also revealed the team will be staying with Chevrolet and crew chief Jerry Baxter will stay with the team.

It was finally revealed on Oct. 22 that Bubba Wallace will drive the No. 23 for 23XI Racing, a team jointly owned by Michael Jordan and Denny Hamlin. No other details have been revealed about the organization.
The loss of Baxter for Wallace is a big blow, as Baxter has been an expert this season at getting the most out of his driver. Wallace has talent regardless of what the Facebook comments want to say, but he’s also an emotional driver, somebody who races with a lot of heart but can struggle if he doesn’t truly think he can win. He can really succeed or fail with who the crew chief is.
Finally, right before this column’s deadline, Go FAS Racing announced it is moving to a part-time schedule next season. This will end a nine-season run for the No. 32 team full time.
Bob Pockrass reports that the team’s charter, partially owned and controlled by Joe Falk, will be moving over to a team co-owned by BJ McLeod and Matt Tifft. Tifft, who survived a brain tumor in 2016, ran 32 races on the Cup schedule in 2019 before seizures sidelined him.
One interesting aspect of the GFR downsizing is that it will still have a role in owning Wood Brothers Racing’s charter. This is a charter that the Woods took starting in 2019. This, in combination with Falk having power and Todd Braun apparently having some ownership in a charter in 2020,, really makes it obvious that there are charter loopholes that need to be closed.
This may be a hard concept to grasp, but when somebody sells something, they’re supposed to be done with it. That’s how this is supposed to work. Putting basically a mortgage on a charter isn’t a new idea; Gene Haas once revealed that he did that with an Michael Waltrip Racing charter at the onset of this system. But if somebody is making mortgage payments on a house, for instance, the bank can’t come in and just kick them out. When I buy grapes, the clerk doesn’t make me sign an agreement that Big Produce still owns a few future raisins on my vine and could rescind the purchase at any time.
After last week’s finish at Kansas Speedway, how bad is the current NASCAR rules package?
Very.
You know this. I know this. Even NASCAR knows this. Why else would NASCAR be in such a hurry to go to a brand new car in 2022?
Should NASCAR park drivers for not being able to hear their spotter?
NASCAR, probably in an attempt to swerve the conversation on Monday morning, revealed that they probably should have parked the driver that could not hear their spotter.
The take from this is not that, hey, maybe NASCAR should have parked Chase Elliott. Don’t get me wrong, it should have. But the real take should be NASCAR’s selective enforcement.
NASCAR isn’t going to park the most popular driver. But it’s almost a guarantee that if this were Joey Gase, NASCAR’s parking him and not speaking about this issue the next day. That’s not a knock in Gase in this aspect, it’s just how the sport works.
Is it not fair? Yes, but so is life. If a meteor flies onto the track at Phoenix Raceway and it takes out Joey Logano, I hope he’s safe, but that doesn’t mean the race needs to stop or Logano is given some mulligan. Sometimes you draw double aces, sometimes you draw a two and a seven.
I’ve written before in this column that the new post-Brian France NASCAR is run fairly competently outside of superspeedway races but that the competition department just cannot get its head out of the sand. This is just more evidence to throw in the pile.
Who will wear the cowboy hat in victory lane at Texas Motor Speedway?
Oh boy, it’s Texas this weekend! After that horrible showing for this aero package last weekend at Kansas, Texas should do NASCAR no favors.
The July race at Texas ended with Austin Dillon getting a surprise win that got him into the playoffs. This was after a two-tire-strategy call got Dillon and teammate Tyler Reddick into the front of the field in the last leg of the race, and they were able to easily hold up the rest of the field due to how bad this rules package is.
The popular pick this week is Kevin Harvick. Harvick clearly had the better car last week at Kansas, and he’s in the middle of one of the greatest statistical seasons in the past three decades. Even if Harvick cannot win, a Hamlin or Brad Keselowski victory and a Harvick top five would virtually guarantee him a spot in the Phoenix finale on points alone.
It’s clear that the best case scenario would be an Alex Bowman, Martin Truex Jr. or Kurt Busch victory. All three of these drivers are out and a surprise win, especially in Busch’s case, would probably bring Harvick into play in a huge shootout between himself, Keselowski and Elliott for the final championship spot.
Sign up for the Frontstretch Newsletter

No doubt Chase is the “golden boy” these days.

Maybe I’m not recalling correctly, but wasn’t there at least one green-flag pit stop at Kansas. If Chase couldn’t hear his radio, how did he know when to pit? Smoke signals?