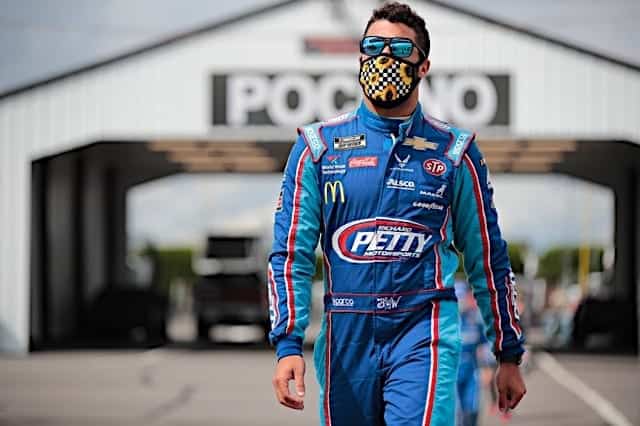 The single-car team will field the No. 23 for Bubba Wallace, it announced Oct. 22.

The team name is pronounced as 23 11, and the two numbers are significant for ownership. 23 was Jordan’s primary number in the NBA, and 11 is the number of the Toyota driven by Hamlin in the Cup Series.

“Michael and I have a shared vision for this team, so it’s exciting to see it reflected in the team name and on the racecar with the iconic number 23 that Michael made famous,” Hamlin said in a release.

Wallace will make his debut driving the No. 23 for the team beginning with the 2021 Daytona 500.

The announcement did not specify who would serve as the crew chief nor sponsorship details. The team will field a Toyota and it will be affiliated with Joe Gibbs Racing, Hamlin’s current Cup team.

Honest joe will give them his best cars no doubt ?. will Denny block for 23xl lol lol lol

Was there ever any question what the number was going to be? I mean come on

Was hoping for “hangman racing”