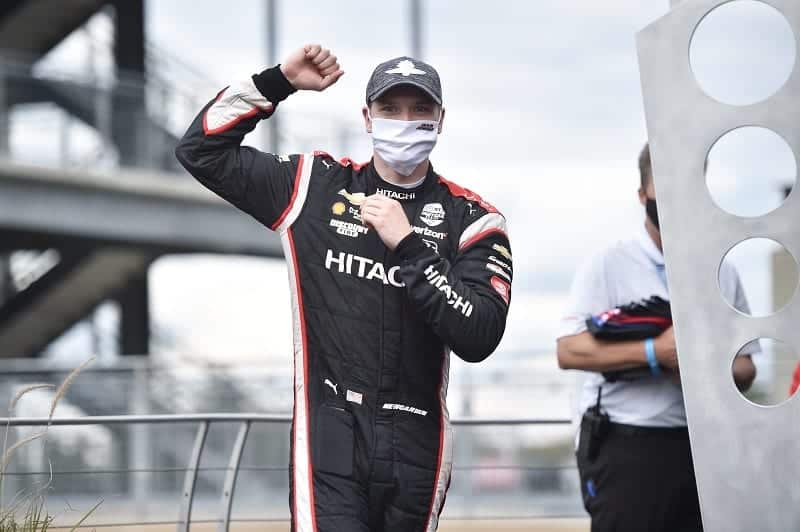 The 2020 Firestone Grand Prix of St. Petersburg marks the end of the 2020 IndyCar season in the same place where it should have begun. The NTT IndyCar Series will crown a champion some seven months after St. Pete was originally on the schedule back in March.

That’s not the only thing different going into Sunday (Oct. 25). With all the schedule changes and cancellations this season, this event will be the only street course race in the entire year. It will make for an interesting way to end things as Scott Dixon and Josef Newgarden battle it out to see who’s going to add another Astor Cup to their resume.

Look closer at this weekend’s race in our 2020 Firestone Grand Prix of St. Petersburg preview.

How to watch: The race airs at 2:30 p.m. ET/11:30 a.m. PT on NBC. Fans can also stream live timing and scoring through INDYCAR Race Control.

What happened in 2019: Newgarden has precedent on his side because he won the last Firestone Grand Prix of St. Petersburg — although that was a year and a half ago at this point. Not only did the defending IndyCar champion win the race, he also led the most laps and laid down the fastest lap of the event.

However, it’s worth noting that Dixon came in second, right behind him. Newgarden’s teammate Will Power won the pole at St. Pete last year and also finished third to give Team Penske two-thirds of the podium.

What to watch for in 2020: The IndyCar championship battle is going to be front and center, and deservedly so, because it’s going to be one for the record books either way. If Dixon wins, it will be his sixth title; if Newgarden is able to pull off the upset, it will be his second consecutive Astor Cup and his third in four years. Either way, fans will be impressed.

However, every car is worth keeping an eye on because of the lack of street course racing in the 2020 IndyCar season. How much do teams remember of the street setups they had when they set up at St. Pete months ago? There’s never been a street race with the new aeroscreen yet. In essence, everyone’s going to be playing catch-up, which is an odd (and potentially dangerous) place to be when everybody is also trying to end the year on the best possible note.

Drivers to watch: Other than Dixon and Newgarden, several other drivers have pressure on their shoulders at St. Petersburg, as it’s their last chance to make a strong impression for the 2021 IndyCar season.

Supercars champion Scott McLaughlin is finally making his IndyCar debut for Team Penske and now, there’s an added wrinkle. The team announced late Friday night that the New Zealander will race full-time in IndyCar next year. That’s a huge endorsement, and commitment, before McLaughlin has recorded a single result. If he doesn’t notch at least a top 10, will St. Pete be considered a disappointment?

James Hinchcliffe, meanwhile may be auditioning to stay in the No. 26 Andretti Autosport car. Hinch was the favorite to take the ride over a few weeks ago, but he had an unsatisfying mid-pack performance in his return to competition. Does the Canadian need to do better if he wants to hold onto this opportunity?

And Oliver Askew will be a pseudo-dead man walking as he drives his final race for Arrow Schmidt Peterson Motorsports, which unceremoniously cut ties with the young rookie after he suffered a concussion. Askew is now the favorite to land a number of open seats on other teams in 2021, but this finale will also be his first race back. How will he hold up, health-wise? That still has to be a question, and the result on Sunday will raise or lower his stock in the eyes of teams looking to court him.