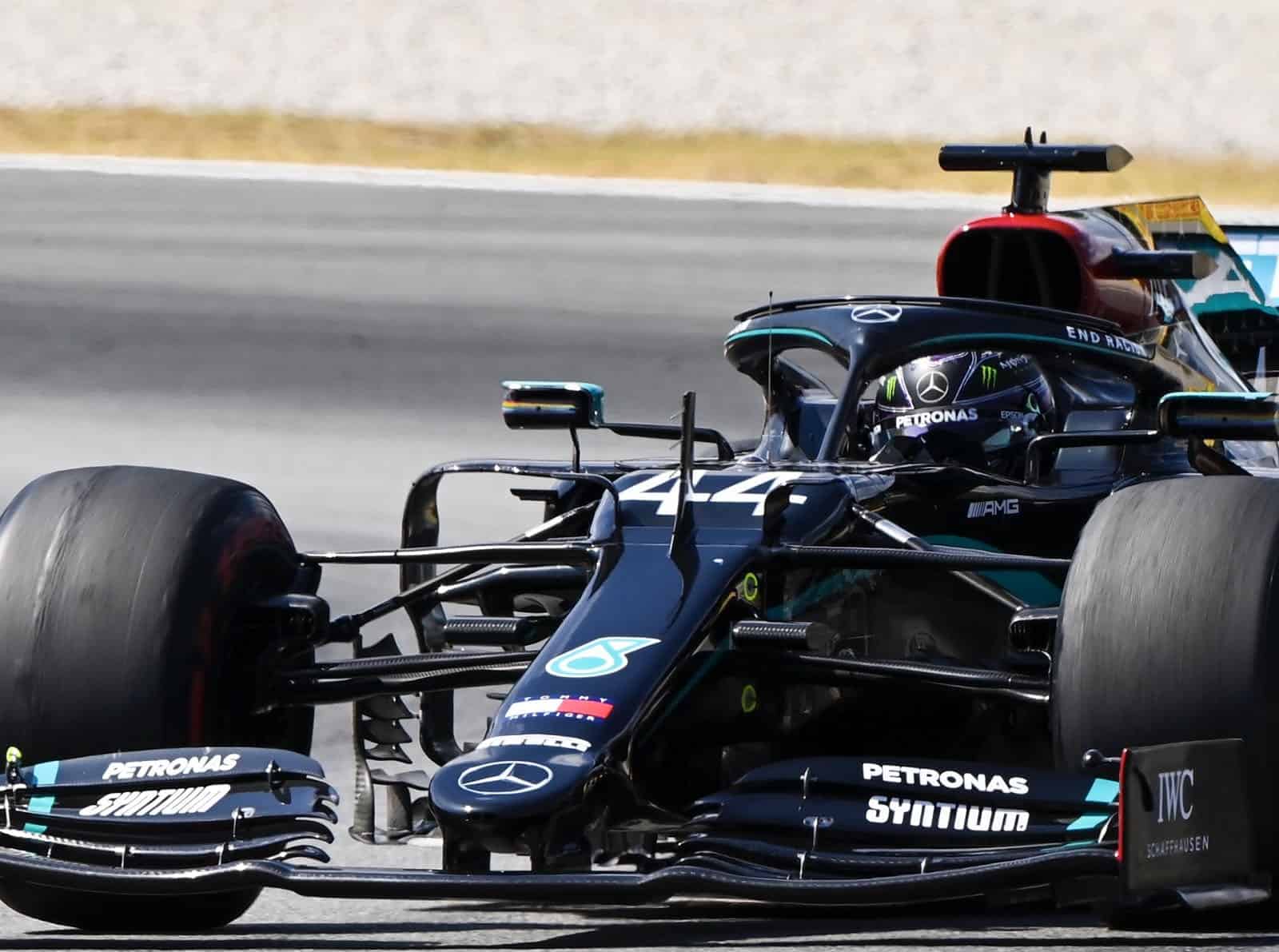 A record once thought to be untouchable has now finally been broken. Lewis Hamilton has set the new all-time F1 win record after emerging victorious in the 2020 Portuguese Grand Prix on Sunday, Oct. 25.

Despite a rocky start, Hamilton put on a masterclass to claim his 92nd career F1 checkered flag. It puts Hamilton in sole possession of the all-time wins list, surpassing Michael Schumacher’s record set back in 2006.

Hamilton passed teammate Valtteri Bottas on lap 20 and never looked back, cruising to a margin of victory of over 25 seconds. The outcome was never in doubt down the stretch.

Charles Leclerc was able to race his way to a fourth-place result with Ferrari while Pierre Gasly completed the top-five finishers. Despite taking an early lead in the race by starting on soft compound tires, Carlos Sainz Jr. faded back to a sixth-place finish. Sergio Perez recovered from a first lap spin to claim seventh and the Driver of the Day Award.

Lance Stroll was the race’s only retirement, exiting the race on lap 54 due to damage sustained from a collision with Lando Norris.

The Race… And A F1 Win Record

Like any brand new circuit, the drivers all had to go through some growing pains in Portugal. The challenge was amped up due to the threat of rain and a light shower that hit during the first handful of laps.

Hamilton started out strong, getting the jump on Bottas. Perez got a superb jump on the softs, climbing up the leaderboard before contact with Verstappen sent him spinning.

But he wasn’t the only one flashing speed early. As the rain fell, Hamilton started to slip, allowing both Bottas and Sainz to get past. As Sainz was rocking the soft compound tires, he blew past both Mercedes cars to lead for a few laps.

Eventually, though the softs wore down on the McLaren. The Mercedes, who started on mediums, regained their speed and rocketed past Sainz.

The new track was especially tough on the backmarkers. After hours of repairs were done during yesterday’s qualifying sessions to repair manhole covers, track limit breachers were plentiful. Nicholas Latifi, Kevin Magnussen, Stroll and Romain Grosjean were among those assessed warnings for continuous track limit breaches.

On lap 20, Hamilton got back around Bottas and then set sail. Gapping Bottas by almost three seconds in one lap, Hamilton put on yet another of his world-class drives.

Behind him, a bad day for Lance Stroll got even worse. In an identical situation to what occurred between Stroll and Verstappen yesterday, Stroll cut down on Norris, sending the Racing Point entry spinning. The FIA slapped Stroll with a five-second penalty for his antics while Norris was furious after having to pit with damage. The Canadian’s disastrous day concluded with a DNF.

At the drop of the checkered flag, history would be made. Hamilton, who was in a league of his own most of the day, would finally take sole ownership of the title “winningest driver in F1 history.” Having dominated the sport since joining Mercedes in 2013, it was a well-earned record for arguably the sport’s best driver of all-time.

Questions? Where Does The F1 Win Record Go From Here?

The teams will now need to hustle to the quaint community of Imola, located in the north of Italy. The Autodromo Internazionale Enzo e Dino Ferrari will play host to its first Grand Prix race since 2006. The circuit will play host to the Emilia Romagna Grand Prix, as well the third stop to Italy in 2020. The lights are set to go green on November 1.