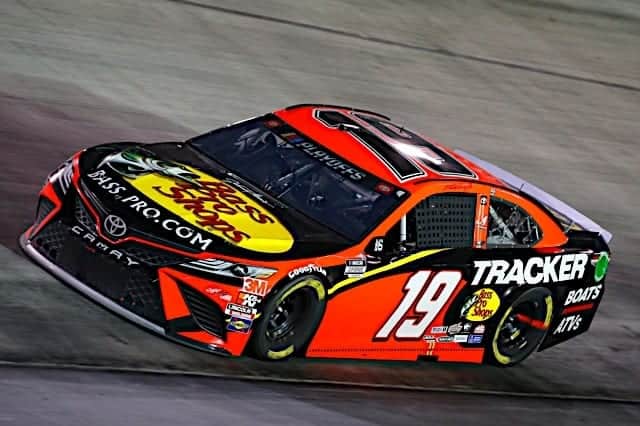 Martin Truex Jr. has been penalized 20 driver and owner points in addition to having the spoiler of his No. 19 Toyota confiscated after failing pre-race inspection on Sunday (Oct. 25) at Texas Motor Speedway. His team has also been levied a $35,000 fine.

Truex’s crew chief James Small has also been ejected from the facility as a result. Truex will forfeit his sixth starting spot for Sunday’s event and start the AutoTrader EchoPark Automotive 500 from the rear of the field.

The car will lose 20 owner and driver points and start at the rear of the field today. Crew chief James Small will also be ejected. pic.twitter.com/R6QKOACPW0

The move could be devastating to the 2017 Cup Series champion’s chance to make this year’s Championship 4. Truex now sits 43 points below the cutline and almost certainly needs a win to advance.

The failed inspection also continues a recent history of them for Joe Gibbs Racing, especially during the playoffs. It’s the 18th time this season they’ve failed pre-race with one of their Toyotas; for Truex, it’s the fourth such failure in 2020.

Fire on Fridays: How Will Success Be Judged in This Era of NASCAR? 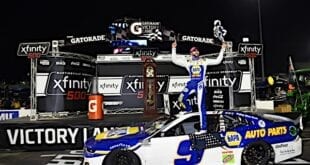