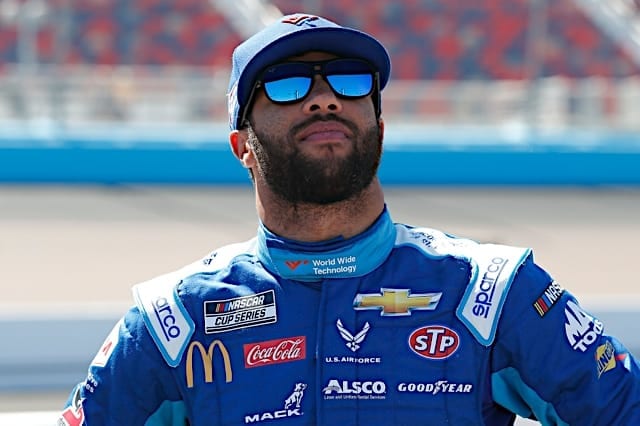 As NASCAR’s 2021 Cup Series lineup slowly comes into focus, the new team owned by Michael Jordan and Denny Hamlin is beginning to take shape. Several weeks ago, Jordan and Hamlin announced their organization would debut next season with driver Bubba Wallace. We also learned last week that the team, as previously speculated, will be called 23XI Racing (pronounced “twenty-three eleven”) and that Wallace will drive car No. 23.  Additional details about the team’s personnel and sponsors have not been revealed. However, it is likely that excitement for 23XI Racing’s debut in the Daytona 500 next year will only grow through the offseason.

Fans should be prepared for the hype that is going to surround this team. In Jordan’s case, there is good reason to get excited about having him as a team owner. Still one of the most recognizable names in American sports, Jordan has the potential to introduce a whole new wave of fans to NASCAR, folks who might never have given stock car racing a chance without him. Having Hamlin as a partner will help Jordan get acquainted with the sport as well. Not every great driver turns out to be a great owner, but Hamlin has been around the sport long enough to know what challenges he will face in running a race team. Throw in Wallace, whose sphere of influence as a racer has exploded this season, and 23XI Racing will have a lot of eyes tilted its direction in 2021.

The problem is that for as much excitement as this team will generate, it is inevitable that the expectations placed on it will be too high. Anyone who expects 23XI Racing to be an instant contender is going to be disappointed. Realistically, the best-case scenario for 2021 is for the team to get one win. As long as it’s early enough in the season, it would be a victory that gets the No. 23 to the playoffs before a likely first-round elimination. Any accomplishments beyond that would be almost miraculous, while anything less, including a winless year, is much more likely.

Jordan and Hamlin may be beginning this team with the best of intentions, but we still don’t know if they can build a winning organization from the ground up. Hamlin’s connections in NASCAR and Jordan’s deep pockets will give them a fighting chance. However, money and connections don’t automatically build team chemistry. A big part of 23XI Racing’s short-term success will depend on how well the driver, crew and owners mesh. It is going to take some time, maybe a whole season, for everyone to figure out how to work together effectively.

Additionally, it is important to note Jordan and Hamlin are trying to create a team from scratch, which will make the process of team building even slower. Theirs is not the same trajectory that Tony Stewart was on when he became a part owner of Stewart-Haas Racing in 2009. That was a case of Stewart buying an ownership stake in Gene Haas’ already extant team. Yes, Stewart brought his skills as a driver and a lot of additional personnel who made the organization more successful. But Haas already had a shop and equipment when he and Stewart joined forces.

Even with that head start, most people expected Stewart and teammate Ryan Newman to struggle much more than they did in 2009. The fact that Stewart scored four wins and led the points standings for 13 weeks that year is one of those highly impressive streaks from NASCAR history that should get more credit than it does. And while Newman did not win a race that season, he did qualify for the Chase for the first time in four years. All things considered, Stewart-Haas Racing had a remarkable first season considering the organization was struggling to simply qualify the year before.

The same degree of success should not be expected for 23XI Racing. Stewart had already won multiple championships by the time he began his team ownership adventure, and Newman was a proven race winner. The same cannot be said for Wallace, who remains without a victory after three-plus years running the NASCAR Cup Series. But the good news for Wallace is that he is still young (27) with a potentially long career ahead of him. Moreover, he has shown the ability to win in NASCAR’s lower divisions when afforded the opportunity to race strong equipment. In the right situation, he will have a chance to erase that goose egg in the win column.

Up to this point, Wallace has been most successful in the Gander RV & Outdoors Truck Series. He has six wins in 48 starts there, most of those while racing with Kyle Busch Motorsports in 2014. In the Xfinity Series, he has made 85 starts with a best finish of second, one of six top-five results. While driving in NXS for Roush Fenway Racing in 2015 and 2016, Wallace earned good finishes most weeks but struggled to run up front and lead laps. His tenure with RFR came to an abrupt end in the middle of the 2017 season when his No. 6 team ran out of sponsorship.

All of Wallace’s Cup Series starts have come with Richard Petty Motorsports. In a little over three years’ worth of races, he has seldom run at the front of the pack and earned only one top five each season. However, Petty’s team has been struggling with funding for years; the organization has not won a race since 2014. Like a lot of drivers racing for underfunded teams, Wallace has not had an opportunity to show what he can truly accomplish in the Cup Series if provided with good equipment.

So, with all that said, what can really be expected of Wallace next year? Did he succeed in the Truck Series because of good equipment and shallower fields? Or, has toiling with RPM for three years at NASCAR’s toughest level masked his true capabilities? I don’t think putting Wallace in a better-funded car will immediately turn him into a week-in and week-out contender. But I do think that he will perform better and be able to win races over the next few years if Jordan and Hamlin are serious about building a stable team around him. While Wallace is not a newcomer to NASCAR anymore, it is fair to suggest we just don’t have an accurate picture of his skills. Racing for 23XI will go a long way to giving us the clearest picture yet.

The Jordan-Hamlin-Wallace combo will bring a lot of new eyes to NASCAR. It may have a great future long-term. But 2021 is going to be all about battling the inevitable learning curve. Realistically, fans should expect this team to place around 20th in points without a win or playoff appearance. That stat line will disappoint a lot of people, perhaps Jordan and Hamlin more than anyone. Yet it is important for the two of them and their fans to understand that 23XI Racing will not be defined by its first season. In the long run, their decision to field a team could be the beginning of a beautiful, powerful relationship for the sport.

Yep, but remember, he’s the one predicting a win for bubba next year.

Maybe it will be 23XD for Ex-Driver.

“… Jordan has the potential to introduce a whole new wave of fans to NASCAR,…”

i honestly think they are now looking at team ownership as a practical deal. most established teams arean’t rolling in the money like they were in the 80’s/90’s. even prior to 2020 and the wackiness of covid most races weren’t sell outs.

do they have a shop yet? do they have the basic components for cars fabricated yet? 2021 will be right around the corner after the last race.

i think they have way too high expectations for a new team.

Great analogy, comparing a team owner to the most influential athlete on the planet. The fact he hasn’t played in decades and his documentary series averged more viewers than a cup race perfectly illustrates this.

Regradless of opions on BW (whom I have been critical of as well), new eyes and dollars is exactly what Nascar needs.

As for the teams initial trajectory, I would more closely compare them to Red Bull Racing than Stewart Haas. There will be definite growing pains and no more excuses for BW.

WAS the most influential athlete on the planet. I think the analogy is right on. No one is watching NASCAR solely because they like Tony Stewart, or Richard Childress likewise, no one is watching solely because Dale Jr, or Jeff Gordon is in the booth. They are watching because they like racing. So I just don’t see anyone caring who owns a team. You want a brief tidal wave of curious fans to appear, announce that Michael Jordan will be driving the car. But I’d bet dollars to donuts that it wouldn’t last long once the novelty wore off.

Steve R
Reply to  Bill B

The biggest variable that will determine how successful the new team becomes is the people who are hired to manage it. Michael Jordan has zero experience as a team owner, and Hamlin will be busy racing for JGR. Still, Jordan has deep pockets, and can afford to invest in top-notch people with the ability to nurture a brand new team effectively. One thing is certain… money won’t be the problem.

Deep pockets yes, but one only has to look at the Hornets to see MJ isn’t one to spend big. MJ isn’t in this to spend his money, his ventures usually make him money because of big money sponsors backing his name. Let’s see who the sponsorship is, then we will know if MJ is serious. I really doubt it.

NASCAR is all about taking huge sums of money, throwing it all in a pit that changes location weekly, burning it and hope the sponsors doling out all that money will be happy enough with a 15th place finish to throw more money their way. MJ will find out the hard way as a first-time owner that jumping into a project just because the driver is black (half) isn’t going to win races, sponsors, fans or money. There are a lot more variables in the mix.

You seem to forget that there are still 1.2 million people watching and more online. So sponsors get their moneys’ worth.

You won’t want to hear this but I can remember when the stands were full and tickets were affordable. We knew each Sunday when the races would start our fathers and grandfathers took us to the races. And we could get autographs with out paying for passes.
We sought out and bought the products that were on the cars.
Online is just a bunch of Johnny come lately’s

NA$CAR is funding this team by diverting the money through Jordan. No way MJ would fund this craziness out of his pocket, he’s no dummy. And Bubba will win next year. The car could/will be illegal and would NA$CAR really disqualify him? BLM would go insane.

How about New eyes, new sponsors, new owners to the sport, whoever you follow, that aint bad