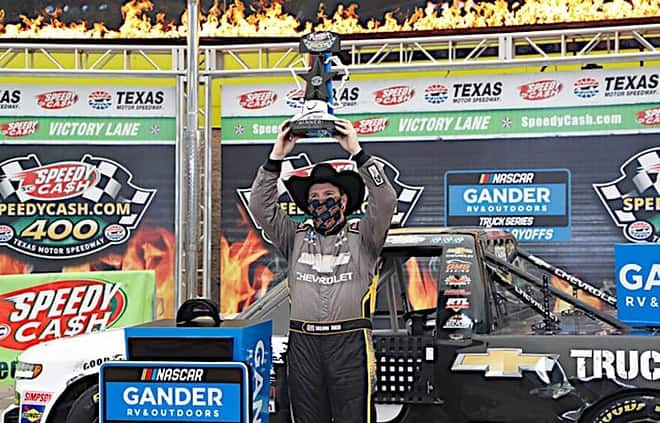 His GMS Racing teammate Zane Smith will start next to him on the front row. Hattori Racing Enterprises’ Austin HIll begins third, Brett Moffitt is fourth and Matt Crafton rounds out the top five starters.

Tyler Ankrum lines up sixth, Ben Rhodes is seventh and Grant Enfinger starts eighth. Brandon Jones will pilot the No. 51 Kyle Busch Motorsports Toyota from ninth; his crew chief will be Wes Ward, as Danny Stockman was suspended after a wheel came off last week. Jones’ KBM cohort Raphael Lessard completes the top 10.