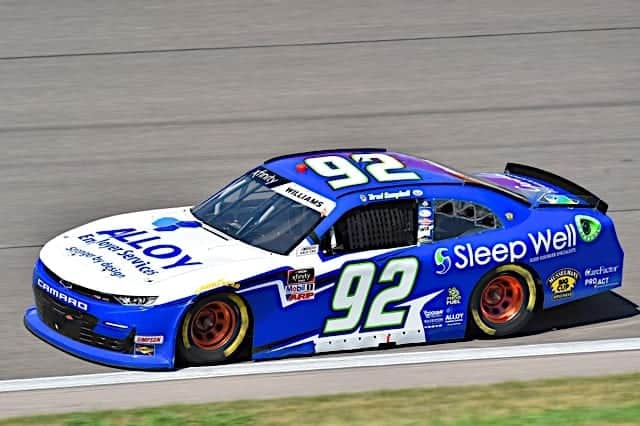 As his best career season in Xfinity Series competition comes to a close, Josh Williams now has his plans for next year set in stone.

The Port Charlotte, Florida native will return to the No. 92 DGM Racing Chevrolet in 2021, the team announced on Saturday.

Williams has six top-10 finishes this season, a career-high, with his best result coming at Kansas (sixth).

Entering the penultimate race weekend at Martinsville, Williams sits 15th in the championship standings, which is also a career-best.

Davey joined the site prior to the 2017 season and currently serves as a multimedia editor and reporter. He authors the bi-weekly column "Fire on Fridays" and spearheads Frontstretchs video content. He's covered the ARCA Menards Series East and West extensively for NASCAR.com and currently serves as a production assistant for NBC Sports Washington.
@DaveyCenter
Previous Tyler McQuarrie Stomps Field to Win WeatherTech Raceway Laguna Seca 120 Pole
Next Harrison Burton Wins at Martinsville as Xfinity Championship 4 Field is Set