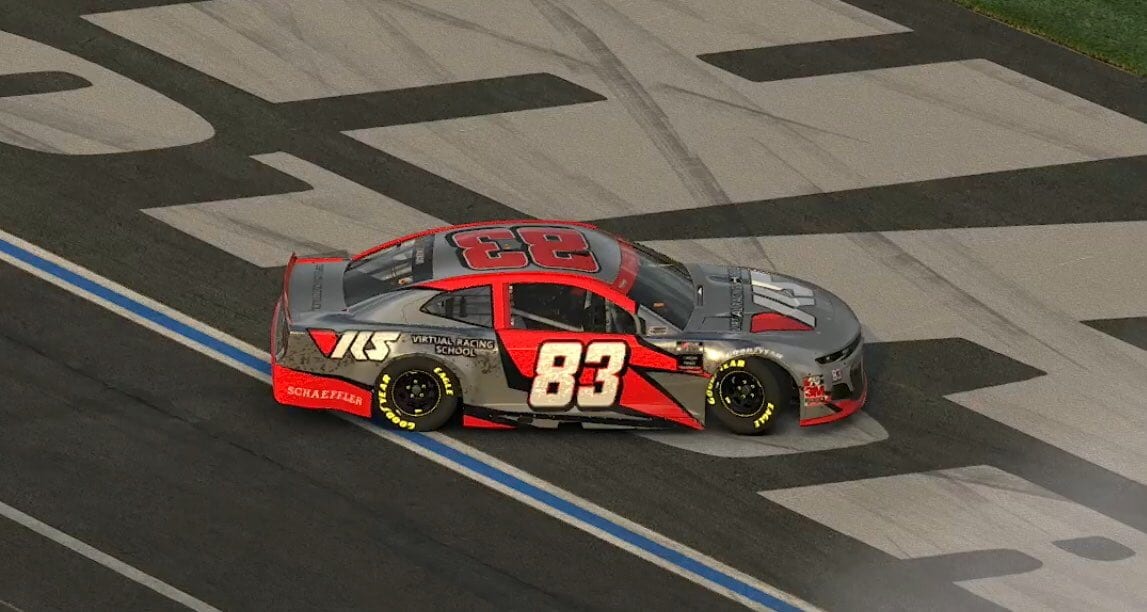 The eNASCAR Coca-Cola iRacing Series 2020 season comes to an end on Monday, Nov. 2. Four drivers will race for the championship and $100,000 prize at the virtual Homestead-Miami Speedway: Bobby Zalenski, Nick Ottinger, Michael Conti and Ryan Luza.

Virtual Racing School’s Zalenski dominated at the Charlotte Motor Speedway ROVAL to claim the first spot. Ottinger won the next race at Kansas Speedway in his No. 25 William Byron Esports Chevrolet. Then at Texas Motor Speedway, JR Motorsports’ Conti claimed the victory, while Williams Esports’ Luza just edged out Jimmy Mullis for the final spot. A total prize pool of over $300,000 is up for grabs at the 1.5-mile track.

Zalenski won a total of three races this season; his two prior victories came at the Daytona International Speedway road course and the oval in consecutive weeks. He also has four poles and more top fives (10) and 10s (14) than any other driver this year.

Ottinger’s lone regular-season win was at Dover International Speedway. However, he has a fast car (as do his peers), posting eight top fives, 12 top 10s and an average finish of 11th on the year. Only Zalenski has a better average finish than Ottinger.

Though Conti didn’t win any other events besides Texas, he earned four poles, seven top fives and 10 top 10s this year. Additionally, he led 75 laps at the Charlotte oval, 31 at Darlington Raceway and 14 at Las Vegas Motor Speedway. Of the four battling for a championship, only Luza has led more laps (325) than Conti (255).

Speaking of Luza, the No. 53 Ford pilot won three in a row at Homestead, Bristol Motor Speedway and Richmond. He stayed high in the point standings through Indianapolis Motor Speedway, but had four finishes 24th or worse in the following six races. An 11th and fourth-place result at Charlotte ROVAL and Kansas helped Luza gain enough points to move on.

Although it is possible to claim the prize without winning the race, the contenders will likely need to do just that; the champion placed first in each of the past three years. As Luza stated in an interview, “gonna have to win to guarantee anything, the only way to do it is to go out and win.”

While these four drivers compete for the title and big money, others will battle to gain as many points as they can to stay in the top 20 in the standings. Those who miss the cut go to the iRacing Pro Series, where 20 drivers advance to next year’s Coca-Cola iRacing Series. Here are those who are in danger of relegation:

Unfortunately, eight drivers will have to compete in the winter to make it in next year’s Coca-Cola iRacing Series. Justin Bolton, Malik Ray, Phil Diaz, Jarl Teien, Alex McCollum, Steve Sheehan, Santiago Tirres and Brian Schoenburg are all mathematically eliminated from the top 20 this year.

Still, much of the focus will be on the four vying for the championship and $100,000. Dale Earnhardt Jr. will come on the broadcast at some point Monday night.

The championship race at Homestead airs on Nov. 2 at 8 p.m. ET on eNASCAR.com/live. It will re-air on NBCSN the following Sunday in a one-hour program at 7:30 p.m. ET, after the NASCAR Cup Series finale at Phoenix Raceway.