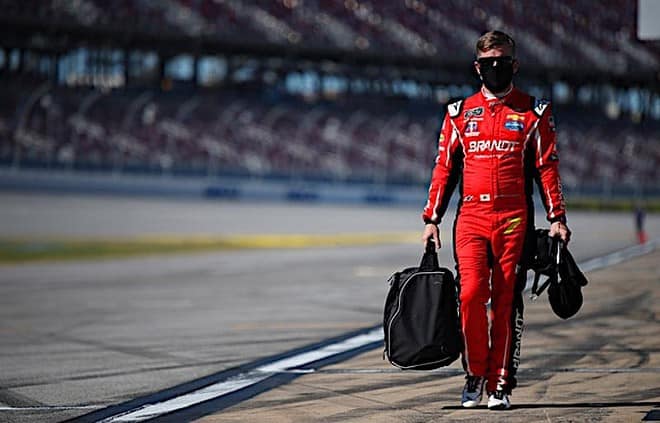 Justin Allgaier Back With JR Motorsports in 2021

Justin Allgaier will return for a sixth season with JR Motorsports in the NASCAR Xfinity Series, the organization announced Nov. 2.

Allgaier has scored three victories in 2020, along with 10 top fives and 18 top 10s. He’ll challenge for the 2020 Xfinity title this weekend in the season finale.

Brandt will sponsor the team for 20 races.

I’m looking forward to being back at JR Motorsports next year and having the BRANDT relationship extend another year,” Allgaier said in a team release. “We’ve become like family and I couldn’t imagine being anywhere else. I’m proud of what we’ve been able to accomplish together, not only from a production standpoint on the track and getting wins and being competitive week in and week out, but also being able to bring awareness to the agriculture industry and how important it is to everyday life. Our goal is to continue growing those successes as we battle for the championship this season and go for more wins next year.”

Allgaier has a total of 11 victories with the organization since his debut with the team in 2016, including five wins in 2018.

Luken Glover joined Frontstretch in 2020 and has been a racing fan for practically his entire life. His grandfather is an avid fan and helped the late Junie Donlavey in his shop in the 1990s. Luken gained that passion as a 3-year-old and has dreamed of working with NASCAR since then. He is a current college sophomore and began racing karts in 2020 as well. Luken has a joy for writing about racing, and uses that to write for Frontstretch.
Previous Thinkin’ Out Loud: 2020 Xfinity 500 at Martinsville
Next Jack Wood Running ARCA Showdown, East With GMS Racing in 2021 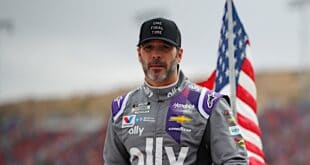