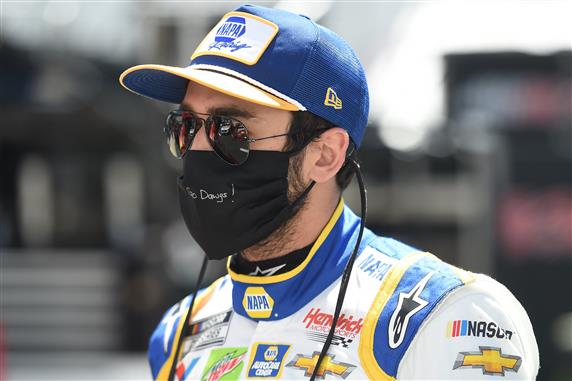 Chase Elliott won Sunday’s (Nov. 8) Season Finale 500 at Phoenix Raceway, racing from the back to lead nearly every lap of the final stage to win both the race and his first NASCAR Cup Series title.

Elliott led 153 laps, doing so seven times, the first being 79 circuits into the race.

Elliott, son of 1988 Champion Bill Elliott, joins Lee and Richard Petty as well as Ned and Dale Jarrett as the other father-son combos to have won a title in NASCAR’s top division.

You sure did, @chaseelliott. ? pic.twitter.com/yLFgiVNgl0

Elliott got into Sunday’s race for a title by pushing through a must-win scenario a week ago at Martinsville Speedway. And he appeared to thrive in that pressure cooker again at Phoenix.

He started from the rear of the field due to failing pre-race inspection multiple times, but the deficit did not deter him. Elliott needed just 50 laps to move into the top four. He was edged out by Brad Keselowski to end the second stage. Keselowski, however, lost the lead in the pits, adding to a tough day on pit road in which spots were lost multiple times.

Brad Keselowski: "I knew we had a good shot at the end of the second stage and just couldn't keep it where we had the lead. Really proud of the speed we had, just a solid day. Wish we'd had one more spot."

Keselowski was second in front of Joey Logano, who won the first stage as well as leading 125 laps. Denny Hamlin finished fourth in the race and the championship battle.

"I'm pretty certain the race wouldn't have been as good without the PJ1," says @joeylogano, who came up one spot short of his 2nd championship.

Competing on the biggest stage of the season, there was no lack of drive toward a championship for each driver. Logano dominated early on, and he was joined in the top three by Keselowski and Hamlin. And once Elliott made his way to the top four, they filled in the top running positions in a race that saw just one -on-track caution. That enabled Elliott, who pulled away from the field as the final stage went on, to not have to worry about fending off the other frontrunners in a late caution flag that never came.

Jimmie Johnson finished fifth in his final race as a full-time driver in NASCAR ahead of Ryan Blaney, Kevin Harvick, Matt DiBenedetto, William Byron and Martin Truex Jr. to round out the top 10.

"This has been a great journey." @JimmieJohnson reflects on an incredible NASCAR career following today's race at @phoenixraceway. pic.twitter.com/Cw5FWuH9Vt

So Bill should change his name to Cup?

congrats to chase. he is the heir apparent at hendrick organization. be interesting to see him and larson race each other next year.

i always said jimmie johnson was a vanilla driver…..that race yesterday was ridiculous. why have the other cars on the track? i mean even steinhaus didn’t wreck. i know some of the field fillers in the back kissed the all, but talk about a vanilla race.

let’s see what 2021 brings. one more year of this configuration of the car.

Its cute how these journalists think these playoff drivers race hard to get to the front of these playoff races, especially the championship race. Those of us who are paying attention know that the majority of the field just moves out of their way for the most of the race as to not ruin anyone’s chances. Another reason to hate this playoff garbage.