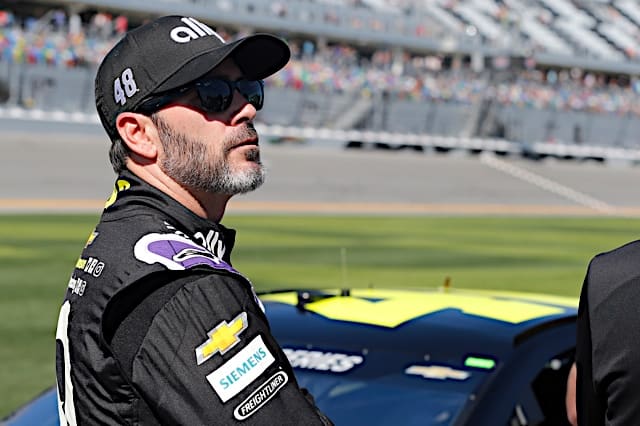 In his final start in full-time NASCAR Cup Series competition, Jimmie Johnson secured a top-five finish to close out his 19-year career in the sport’s top division.

The seven-time champion hasn’t won a points-paying race since 2017 but secured five top-five finishes, 10 top 10s and 107 laps led in his farewell season.

“My heart’s full,” he said in his post-race TV interview. “I’m just so happy to have this wonderful career and so many great people behind me… this has just been quite a journey for all of us. … I’m very thankful for today, had a great run on the track and I can’t go without congratulating Chase Elliott [and] Hendrick Motorsports on another championship.”

“It’s been a great run, I’ve had 19 years in the Cup Series, two years in the Xfinity Series,” he said. “I’ve met so many wonderful people, I’ve worked for great people, worked with great people, I’ve learned so many lessons inside and out of the car. I’m full, this has been a great journey. I’m ready to spend my time a little differently, so 38 weeks a year being on the road racing in the Cup Series and just ready for it, very full and happy.”

Johnson’s crew told him to do burnouts on the radio after the race, but he instead drove past Elliott in the other direction, high-fived him and went to pit road.

The driver of the No. 48 was also asked about his career as a whole.

“I was just true to myself, and things I’m passionate about, I stand up for,” he said. “It was really just a simple process to stand for the things I believe in. I’m just thankful to see the garage area and many far and wide agreed with a lot of that as well. If anything, I encourage anybody doing anything to be yourself.”

Johnson ended the interview with a promising assurance about his future with NASCAR.