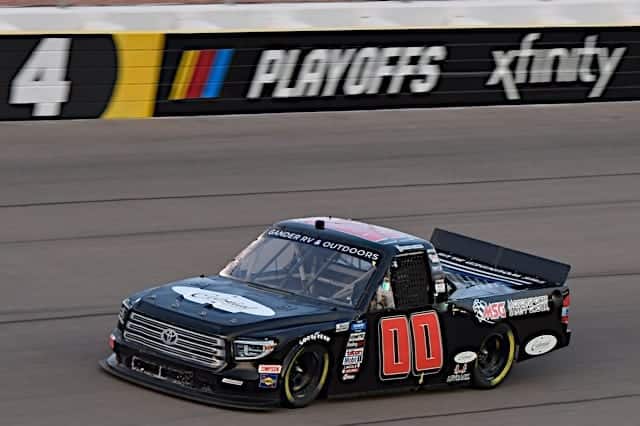 Josh Reaume, an owner-driver in the NASCAR Xfinity and Gander RV & Outdoors Truck series, has been indefinitely suspended by NASCAR, it announced Nov. 10.

The announcement came days after the series completed its season. As a driver, Reaume competed in 12 races with a best finish of 17th, also making a pair of Xfinity appearances.

Reaume was flagged for a violation of Sections 12.1 and 12.8.1.e in the sport’s rulebook, specifically for behavioral reasons. The suspension was for something Reaume posted on social media, but the post in question was not specified.

The latter section provides guidelines for personnel conduct. Per the announcement, the section details punishment for a “public statement and/or communication that criticizes, ridicules, or otherwise disparages another person based upon that person’s race, color, creed, national origin, gender, sexual orientation, marital status, religion, age, or handicapping condition.”

Adam Cheek joined Frontstretch as a contributing writer in January 2019. A 2020 graduate of VCU, he works as a producer and talent for Entercom Richmond's radio stations. In addition to motorsports journalism, Adam also covered and broadcasted numerous VCU athletics for the campus newspaper and radio station during his four years there. He's been a racing fan since the age of three, inheriting the passion from his grandfather, who raced in amateur events up and down the East Coast in the 1950s.
@adamncheek
Previous Why In Play Betting is a Perfect Match for Motorsport
Next 2-Headed Monster: Does Jimmie Johnson’s Career Impact NASCAR like Petty, Earnhardt, or Gordon? 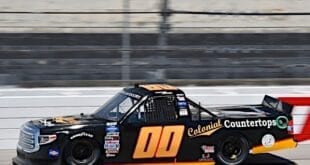 Josh Reaume’s Suspension a Reminder That Ignorance Has No Bounds