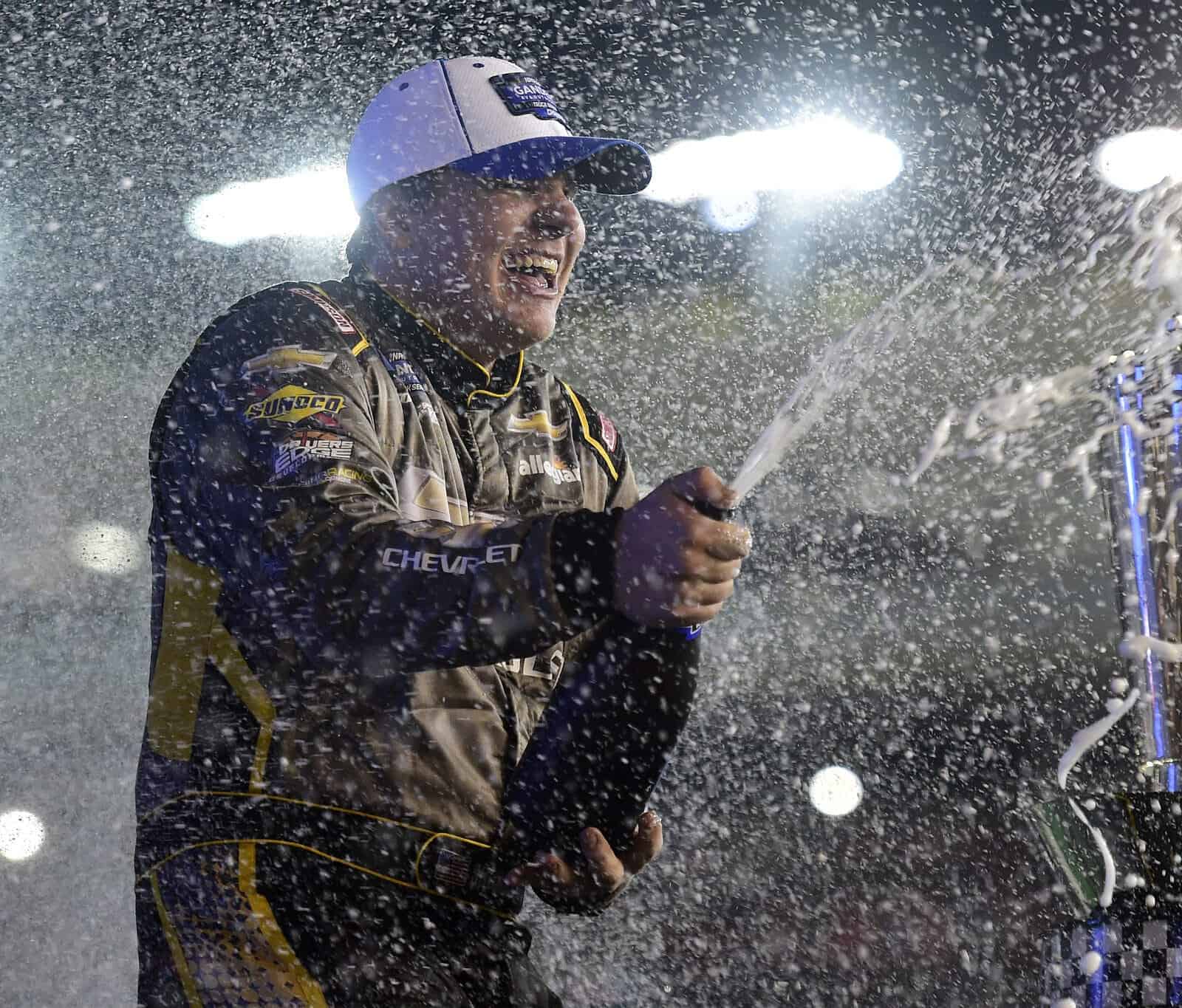 It’s hard to believe but the 2020 Gander RV & Outdoors Truck Series has come to an end, and there’s really only one way to describe this season: Unforgettable.

Following a rather ho-hum visit to Las Vegas Motor Speedway on Feb. 21, the Truck Series went into its own hibernation for a couple of weeks ahead of its next scheduled race at Atlanta Motor Speedway on March 14. No one knew at the time that that race wouldn’t happen as was planned.

After a couple weeks off, teams prepared to make their way to Georgia for what was supposed to be the third race of the 2020 campaign. But just days before the double-header with the NASCAR Xfinity Series, sports as a whole came to a screeching halt due to the COVID-19 pandemic. As the NBA, NHL, MLB and MLS put their seasons on hold, NASCAR held out, hoping to race that weekend even though the decision was made not to allow fans in the stands for the safety of everyone involved.

But just 48 hours later, it happened. Teams and drivers had already arrived at Atlanta Motor Speedway when the call was made to postpone the weekend’s events, along with those at Homestead-Miami Speedway, which were scheduled for the following weekend.

It was just three days later when the decision was made to postpone all events through the remainder of March and all of April with a hopeful return to racing at Martinsville Speedway May 8-9. When the state of Virginia expanded its stay-at-home orders into June, it quickly became clear that NASCAR likely would not be returning to the track at Martinsville, and sure enough, in mid-April, the call was made to postpone.

Compounded by a stay-at-home order issued in North Carolina that prohibited teams from working at the shop, the uncertainty surrounding what would become of the 2020 season increased. Prior to the stay-at-home order, many of the teams still worked on their equipment in preparation for the season, and it became a time that was a huge benefit for the smaller organizations in terms of extra days to work on their setups.

At the end of April, NASCAR made the announcement everyone had been hoping for after nearly two months of the sport sitting silent. Working with local authorities, the sanctioning body put together a stretch of seven races in 11 days to re-open the sport, though the new regulations were sure to give NASCAR a drastically different look.

From single-day events without practice or qualifying to empty grandstands to mandated face masks, along with temperature checks for everyone entering the track, the return to racing was incredibly different. Remote broadcast announcers were accompanied by remote National Anthem singers when the NASCAR Cup and Xfinity series returned to the track a total of three times in five days at Darlington Raceway.

Finally, after 92 days sitting silent, the Truck Series got back on track with a trip to Charlotte Motor Speedway on May 26. No one really had any expectations about just how the remainder of the season would work, but for those 200 miles, the Truck Series was racing once again. Just 11 days later, that trip to Atlanta that was supposed to happen in March finally ran. Chase Elliott took the win and the bounty placed on Kyle Busch, awarding any Cup driver who could beat the latter $100,000.

In the five months that followed Atlanta, the Truck Series ran 19 more races and completed a 23-race schedule, albeit a little differently than was originally planned. The remaining 12 regular-season races saw a doubleheader weekend at Kansas Speedway, a first-ever trip to the Daytona International Speedway road course and three first-time winners.

In his 46th career start, Brandon Jones emerged victorious in a trip to Pocono Raceway that saw almost half the race run under caution. The following race, it was Sheldon Creed‘s turn at Kentucky Speedway, though the race was shortened to 71 laps due to persistent rain around the track. Fast forward a few races to August, and this time it was rookie Zane Smith who led just a single lap and beat fellow rookie Christian Eckes to the checkered flag by less than half a second at Michigan International Speedway.

The regular season ended at Richmond Raceway Sept. 10 with Enfinger in victory lane again and Austin Hill as the regular-season champion, despite having just a single win in 16 races compared to Enfinger and Creed’s three apiece.

The Truck Series kicked off its playoffs with a trip to Bristol Motor Speedway where Sam Mayer became the fourth first-time winner. But more importantly, with Talladega looming to close out the Round of 10, that meant there waas just one more shot for playoff drivers to win before facing the uncertainty that is superspeedway racing. Hill won the following week at Las Vegas Motor Speedway, and it was rookie Raphael Lessard who became the fifth first-time winner this season the following weekend at Talladega.

After Eckes and Todd Gilliland were eliminated, the Round of 8 made two mile-and-half stops at Kansas Speedway and Texas Motor Speedway before setting the Championship 4 with a race at Martinsville Speedway. GMS Racing teammates Brett Moffitt and Creed won at Kansas and Texas, respectively, to solidify their shots at the championship, giving the organization at least a 50-50 chance to win the title. In the final race of the Round of 8, Enfinger, who was facing a must-win situation after an engine failure the week prior at Texas, muscled his way to the front of the field and into the Championship 4. He was joined by Smith, who narrowly pointed his way into the fourth and final spot over Matt Crafton. Regular season champ Hill, Tyler Ankrum and Ben Rhodes were all eliminated.

After what felt like forever, the season finally culminated with the planned visit to Phoenix Raceway last weekend. In what was a relatively calm race that saw the Championship 4 drivers lead all but one lap (Rhodes), Moffitt, who led a race-high 78 laps looked like he was on the way to his second title. But a late caution for a spin by Dawson Cram set up an overtime finish.

LATE CRASH WITH THREE TO GO. Wow. We are going to NASCAR overtime! pic.twitter.com/u95TsjxnSp

The chaotic restart that followed, combined with old tires, saw Moffitt’s championship hopes erased as he dropped back to his eventual 10th-place finishing position, enough for third in the title battle. It was Creed who took advantage of fresh tires to dive from eighth to the lead, which he held onto for his first championship.

So many uncertainties surround next season as to what the schedule will look like and how each race weekend will be run. Obviously, a lot depends on COVID-19 and what things look like surrounding the pandemic as the season opener at Daytona approaches next February. And while it seems like more drivers have been announced for next season than in years past, there are still plenty of questions as to just who will be competing next year.

But for right now, somehow, someway, we made it through the 2020 Truck Series season.

When is the media going to start giving Spencer Gallagher credit for this dominating, winning Truck Team?