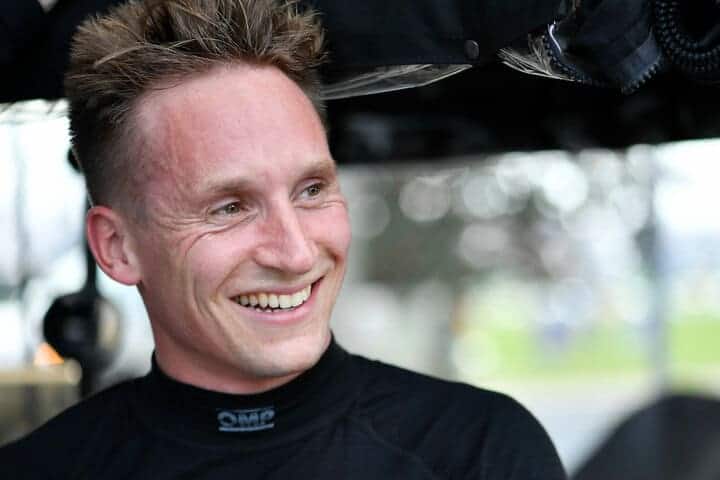 In the morning practice, Acura Team Penske’s Helio Castroneves was fastest overall with a lap at 123.116 mph in his Acura ARX-05.  Castroneves’ lap was three-hundredths of a second faster than JDC-Miller MotorSports’ Sebastien Bourdais in his Cadillac.  Teammate Matheus Leist was third, followed by Wayne Taylor Racing’s Ryan Briscoe.  Action Express Racing’s Felipe Nasr was fifth.

For Performance Tech Motorsports, they ran into some trouble during the session when Patrick Byrne went off-course in turn 3.  This forced the red flag to be displayed.  The team was able to get their car repaired in time for the second session.

In between the first two sessions, rain bands from Tropical Storm Eta swept through Sebring.  As a result, the track was damp in places when the green flag came out to start the session.  Most chose to start on slicks.  The few teams that ventured out on wet tires quickly stopped to put their slicks on.

For Wayne Taylor Racing, they were fourth in the first session, but had gearbox issues.  A transmission change meant that they started the session behind the ball.  Van der Zande was able to make up for lost time by posting the fastest lap of the day right at the end of practice.

LMP2 saw Tower Motorsport by Starworks’ Mikkel Jensen go fastest with a lap at 120.573 mph.  This was a quarter of a second faster than Trummer.  Matt Bell was third.

Porsche GT Team’s stars and stripes-laden 911 RSR-19s were on top in GT Le Mans once again.  This time, it was Vanthoor that was fastest with a lap at 114.126 mph.  Vanthoor was two-tenths of a second faster than Makowiecki and nearly a half-second faster than Jordan Taylor.  BMW Team RLL’s Jesse Krohn was fourth, while Colton Herta was fifth.

The 90-minute night session had no red flags, but there were a couple of incidents.  Hardpoint Motorsports’ Audi spun out twice during the session, once with Davis driving and another with Pierre Kaffer behind the wheel.  Heylen also spun the Wright Motorsports Porsche at turn 7.  All were able to continue without incident.

Much like the Motul Petit Le Mans last month, this year’s Mobil 1 12 Hours of Sebring will have much more of the race take place at night as compared to normal years.  Getting the car right in the dark is going to be key.

In the South Florida darkness, Ricky Taylor was fastest with a lap at 124.255 mph in his Acura ARX-05.  Ricky’s lap was one-sixth of a second faster than Derani.  Mazda Motorsports’ Olivier Pla was third, then Briscoe and Dane Cameron.

Jensen was once again fastest in LMP2, this time with a lap at 122.259 mph, the fastest LMP2 lap of the day.  The lap was nearly two seconds faster than Trummer, while Matt Bell was once again in third.

Nick Tandy was fastest in GT Le Mans with a lap at 113.938 mph.  This was three-hundredths of a second faster than Vanthoor.  De Phillippi was third, followed by Corvette Racing’s Antonio Garcia and BMW Team RLL’s Augusto Farfus.

Finally, GRT Grasser Racing Team’s Franck Perera was quickest in GT Daytona with a lap at 109.901 mph in his Lamborghini.  Perera was an eighth of a second faster than Aschenbach’s Mercedes.  The Heart of Racing’s Ian James was third quickest in his Aston Martin, while Davis was fifth.  Scuderia Corsa’s Alessandro Balzan was fifth in his Ferrari.

Qualifying for the Mobil 1 12 Hours of Sebring presented by Advance Auto Parts is scheduled for 11 a.m. Friday morning.  The session will be streamed live at IMSA.com.