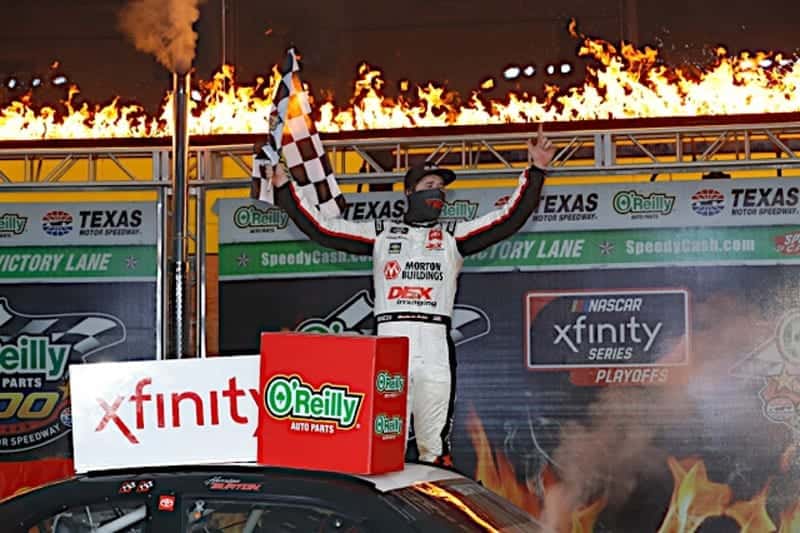 After a breakout rookie season in the NASCAR Xfinity Series in 2020, Harrison Burton will return to his familiar No. 20 Toyota for Joe Gibbs Racing in 2021, the team announced Nov. 13.

Burton’s announcement completes JGR’s Xfinity lineup for next season, as he will join JGR newcomer Daniel Hemric and the tenured Brandon Jones, barring any full-time car additions for the organization.

The 20-year-old son of 21-time Cup Series winner Jeff Burton will look to build upon his four-win season that included his first career checkered flag, which came at Auto Club Speedway in February. In addition, Burton racked up 22 top 10s and a berth into the NASCAR Xfinity Series playoffs.

Prior to his stint in NXS, Burton was well accomplished in lower developmental circuits including the ARCA Menards Series East, where he was crowned champion in 2017.

Burton will carry primary sponsorship from longtime backer Dex Imaging in 2021. Crew information was not disclosed in the announcement.