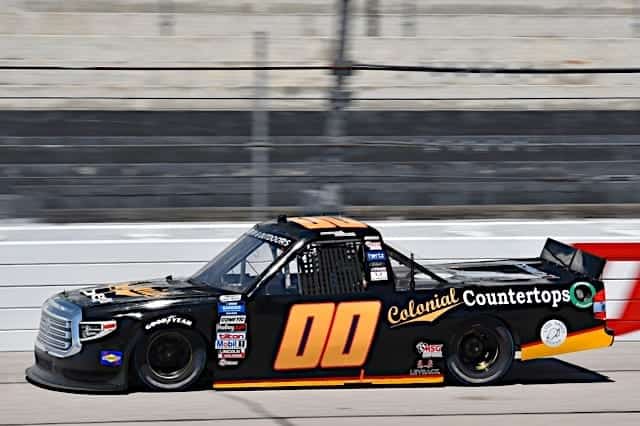 Josh Reaume’s Suspension a Reminder That Ignorance Has No Bounds

A report from Kickin’ the Tires stated the reason behind Reaume’s suspension was none other than a Toaster Strudel decorated in icing in the shape of a swastika. A photo of which Reaume posted via Snapchat, he confirmed in an interview with TobyChristie.com.

I’m a professional writer and insist on writing anything on this site professionally. But in a moment like this, there is a level of ignorance that is nearly impossible to ignore – and dare I add stupidity.

I am not here to call Reaume an anti-Semite or allege he holds any prejudice against Jewish people – or anyone impacted by the Holocaust, for that matter. I have never personally met Reaume, so I cannot and will not comment on his personal character.

But I am Jewish myself, so when an action like this crosses paths with the sport that I love and cover, it certainly takes me aback.

It should also be noted that it doesn’t take one being Jewish to acknowledge that, hey, maybe we shouldn’t be decorating our Toaster Strudels in swastika icing for that fresh Nazi flavor and subsequently taking a picture of it to then share on the internet, even in what you expect to be a small capacity.

Reaume detailed the moment he decided to ice his strudel – yes, I am quite aware how ridiculous this sounds – to TobyChristie.com.

“What happened was, I made a Toaster Strudel, I put icing on it. I put icing on it arbitrarily,” Reaume recalled. “I can – now, that this has become such a significant thing in my life, everything is crystal clear now in what I was thinking. I was mindlessly putting icing on a Toaster Strudel, thinking about how I was going to arrange to get my daughter to day care in the morning, because that’s my responsibility and I was flying out to Phoenix the next day.

“When I was done, I took a picture, I wrote, ‘Snack time,’ and posted it to my Snapchat, which I had no idea it was even more than my immediate friend group. [The account is] private, it’s not even under my name, to my knowledge. Now, shame on me for maybe not fully understanding Snapchat, and I don’t care to get on social media in the immediate future, but somebody obviously screenshotted it or did something with it and pushed it to NASCAR. I don’t know what the image looks like.”

That Reaume was mentally sidetracked while putting the icing on his Toaster Strudel is reasonable. In fact, that’s probably the exact time one can take to themselves to zone out for a minute. But to then perhaps subconsciously wind up drawing a swastika, then see nothing wrong with that picture is baffling to me.

Reaume is already suspended indefinitely by NASCAR and will require sensitivity training as a result of the anti-Semitic breakfast snack. He should come out of this situation far more educated on the subject and, more importantly, more aware of how serious Nazi propaganda was and is and how it spreads so easily.

To his credit, he acknowledged he meant no harm. But in doing so, he also revealed there is more for him to learn.

“From the absolute deepest part of my heart, I extend my condolences for how their families suffered,” Reaume told TobyChristie.com. “And I apologize how anything that has come out has offended them or stirred up memories or brought pain into their lives. I sympathize with them in any way that I can. I have my own family. I have uncles and grandfathers that fought in World War II, and I thought what transpired during that time in the world is absolutely terrible.

“My view on that will never change, nothing will ever change that. There’s some things you don’t joke about, and that’s one of them. When you have genocide of almost an entire people like that, a million-plus people, that’s just not something that you say, ‘Oh it’s been long enough, let’s joke about it.’”

As Christie clarified, 11 million people were killed in the Holocaust, including roughly six million Jews, which, yes, is technically a million-plus.

Reaume has apologized and since deleted his social media accounts. I believe he will be back in the Truck Series without issue in 2021 and will likely do the work to be cleared before February’s season opener.

But to be this naïve and careless with a symbol that represents pure evil and hatred and use it as a mindless joke is reckless at best and frankly plain dumb.

I look forward to Reaume learning through this, but let this be a reminder to all that actions have consequences. I’m glad Reaume is facing his.

Zach has been part of the Frontstretch team since 2019 and has been covering NASCAR since 2013. Pocono Raceway is his home track and he's been attending races there since 2002. A fan since he was three years old, Zach is living out a dream covering racing, including past coverage of ARCA and IndyCar.
@@zachstur
Previous Chase Purdy to Compete Full Time for GMS Racing in 2021
Next Turner Motorsport Claims Alan Jay Automotive Network 120 Victory; KohR Motorsports Claims Title 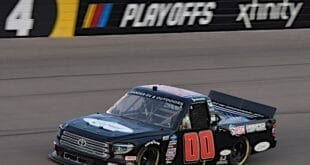