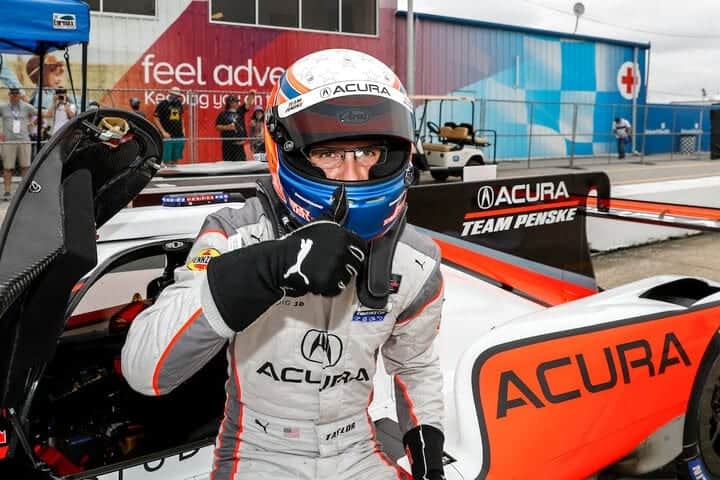 Acura Team Penske’s Ricky Taylor claimed the pole Friday morning (Nov. 13) for Saturday’s Mobil 1 12 Hours of Sebring presented by Advance Auto Parts.  Taylor’s lap at 125.980 mph is not a track record, but it gives Taylor his second pole of 2020 and the fourth for the No. 7 Acura.

GT Le Mans was the only class in which records ended up falling.  The Porsches have been fastest all weekend and continued that streak early in the session.  However, it was Corvette Racing’s Antonio Garcia that came to the front when it mattered.  Garcia laid down a lap at 116.616 mph to set a class record at Sebring and win the class pole.

In GT Daytona, Wright Motorsports’ Jan Heylen had one plan.  Get in, set a quick time and get out.  That is exactly what he did.  Heylen turned in a lap at 111.416 mph, roughly a second and a half faster than anyone went in practice on Thursday.  With that, Heylen pitted less than halfway into the session and let the other 12 teams try to beat it.

Sure enough, they couldn’t do so.  Heylen’s lap held up to give him the class pole in 19th overall.  Heylen’s lap was seven-tenths of a second quicker than Hardpoint Motorsports’ Andrew Davis.  AIM Vasser Sullivan’s Aaron Telitz will start third in his Lexus, followed by the Lamborghini of GRT Grasser Racing Team’s Richard Heistand.

Scuderia Corsa’s Cooper MacNeil qualified fifth, but he didn’t escape the session unscathed.  MacNeil dropped a wheel exiting turn 5 and spun his Ferrari.  He tapped the rear bumper of the 488 GT3 Evo on the wall, but was able to continue without issue.  Heinricher Racing with MSR Curb-Agajanian’s Misha Goikhberg spun on his out lap at the same place.

The Mobil 1 12 Hours of Sebring presented by Advance Auto Parts is scheduled to go green at 10:15 a.m. ET Saturday morning.  The whole race will be aired live on television.  Live coverage starts at 10 a.m. on NBCSN and runs until 3 p.m.  At point, the broadcast moves over to NBC for three hours.  At 6 p.m., the race returns to NBCSN and will stay on there through the finish.