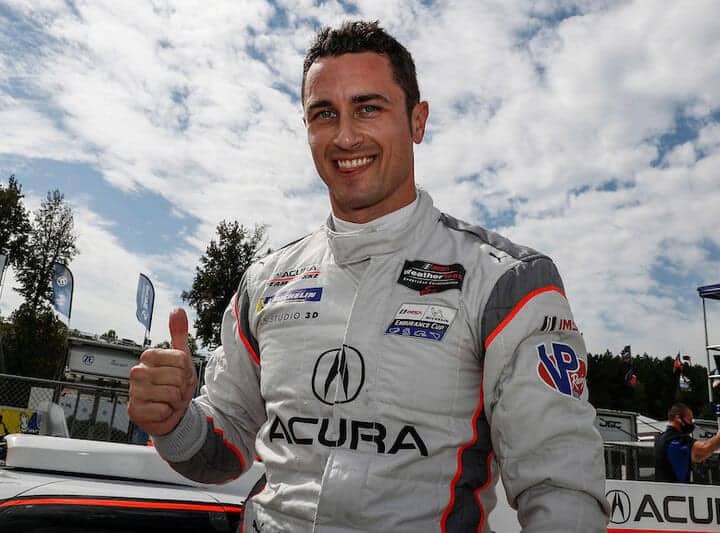 Meyer Shank Racing with Curb-Agajanian announced Monday (Nov. 16) that Dane Cameron will drive the team’s No. 60 Acura ARX-05 full-time in the IMSA WeatherTech SportsCar Championship in 2021.  Cameron joins Olivier Pla, who was previously announced to the other full-time seat with the team.

“I’m excited to join Meyer Shank Racing and continue my relationship with Acura and HPD (Honda Performance Development),” Cameron said in a press release.  “I have a lot of experience with the ARX-05 and I know that car inside and out. It’s been really fun to be a part of the development of that car from the very beginning. It’s proven to be a race winner and a championship winner in 2019. I will certainly do my best to bring everything that I’ve learned about this car to the team and make sure that MSR and everyone gets up to speed quickly.”

Cameron comes to the team after racing full-time for the factory-backed Acura Team Penske squad for the last three seasons alongside Juan Pablo Montoya.  In 35 starts in the Acura, Cameron has three victories and shared the 2019 DPi championship with Montoya.

Cameron’s time in the upper levels of American sports car racing dates back to 2006.  In 131 career starts between the IMSA WeatherTech SportsCar Championship, the Grand-Am Rolex Sports Car Series and the American Le Mans Series, Cameron has 15 career victories.  One was in Grand-Am’s GT class in a Mazda RX-8, while another was in the ALMS’ LMPC class.  His WeatherTech wins are split between the Prototype/DPi class and the GT Daytona class in a BMW.  He is a three-time champion, once in the GT Daytona class (2014, with Turner Motorsport) and twice in prototypes (2016 with Action Express Racing and 2019 with Acura Team Penske).

In addition to Pla, Meyer Shank Racing with Curb-Agajanian has also already announced that AJ Allmendinger will return to the team for the Rolex 24 at Daytona.  There is still one spot open in the No. 60 Acura ARX-05 for 2021.  That is the third driver that would compete in at least three of the Michelin Endurance Cup events.  That driver will be announced at a later time.