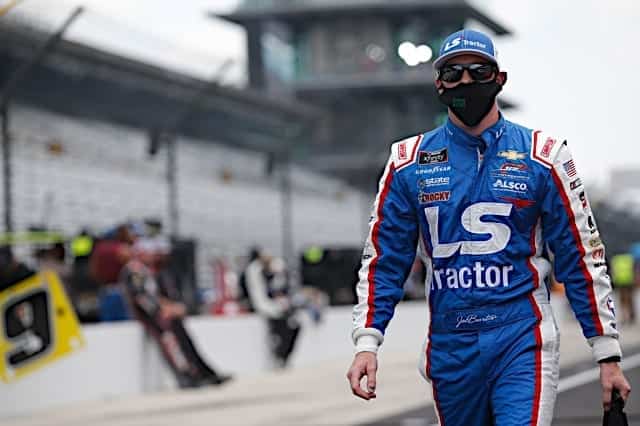 Jeb Burton will move to Kaulig Racing in the NASCAR Xfinity Series in 2021, the team announced Nov. 16.

Burton will drive full time in the organization’s No. 10, replacing Ross Chastain, who moves to Chip Ganassi Racing in the Cup Series.

In 2020, Burton drove a part-time schedule for JR Motorsports in its No. 8.

2021 will mark Burton’s first full-time season in NASCAR’s national series since 2015, his rookie season in the Cup Series. Since then, he has competed part time in a variety of circuits, most of his starts coming in Xfinity.

“It’s an honor to have this opportunity driving full time for Kaulig Racing and Nutrien Ag Solutions,” Burton said in a release. “I’ve worked so hard, not only behind the wheel, to get an opportunity like this, and it couldn’t be more perfect – representing a brand with the same values and beliefs as my family. This partnership represents everything we are, and I can’t thank Matt Kaulig, Chris Rice and Nutrien Ag Solutions enough.”

“Jeb is a hard worker on and off the track,” said Chris Rice, president of Kaulig, added. “He’s a great fit for Kaulig Racing and our partners. I’ve known the Burton family and worked with them back in the 1980s, so it feels like everything has come full circle. We are going to go out and compete for wins and championships. Jeb is a guy we can build a long term, successful program around.”

Burton joins Justin Haley as the team’s announced drivers for 2021 thus far. In 2020, Kaulig also fielded the No. 16 part time, with AJ Allmendinger its driver. The No. 16’s schedule for 2021 has not yet been revealed.

Rutherford is the managing editor of Frontstretch, a position he gained in 2015 after serving on the editing staff for two years. At his day job, he's a journalist covering music and rock charts at Billboard. He lives in New York City, but his heart is in Ohio -- you know, like that Hawthorne Heights song.
Previous F1 Review: Lewis Hamilton Makes History in an Improbable Turkish Grand Prix
Next John Hunter Nemechek, Front Row Motorsports Part Ways 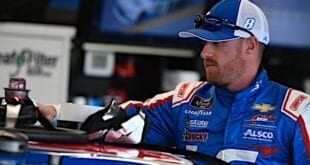 Eyes on Xfinity: Jeb Burton Continuing to Work Hard to Nail Down Funding 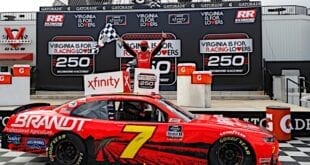