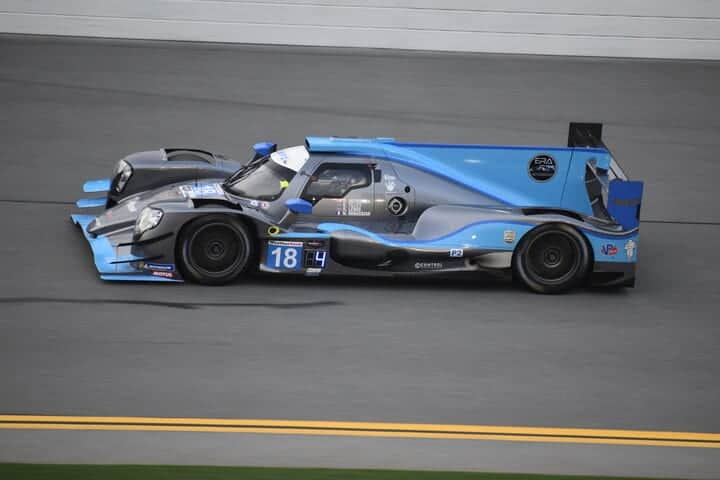 Era Motorsport announced Wednesday (Nov. 18) that the team will return to action for January’s Rolex 24 at Daytona, in the LMP2 class.  Team owner Kyle Tilley will return with co-driver Dwight Merriman.  They will be joined by Ryan Dalziel and Paul-Loup Chatin.

“I’m delighted we get another crack at the Rolex 24 At Daytona,” Tilley said in a press release.  “Era Motorsport are going all out to win the LMP2 class.  Collectively, the team has learned a lot since last January and I think we have a strong shot at it!  Ryan Dalziel and Paul-Loup Chatin are both drivers that I know well and trust to get the job done.  They’re great additions to our team.”

Dalziel was also originally scheduled to run full-time in the LMP2 class for Tower Motorsport by Starworks as a teammate to John Farano.  However, the team chose to cut back after the pandemic hit.

“I’m absolutely ecstatic about joining Era Motorsport,” Dalziel stated.  “I was really impressed watching their first IMSA season in 2020. I can tell between Kyle and Dwight they are putting everything into making this program as strong as possible, and I’m humbled to have been invited to be part of this journey. My last few seasons in IMSA haven’t gone to plan so I’m extremely grateful to these guys for having the confidence in me to help guide this ship with them.”

Chatin joining the team is likely a result of Era Motorsport’s partnership with IDEC Sport at Le Mans.  Chatin is IDEC Sport’s lead driver in the European Le Mans Series, a multiple-time race winner and three-time champion (2013 in the LMPC class, 2014 and 2019 in the LMP2 class).

The team registered as a premium LMP2 team for 2020, intending to run the full season.  The team’s best finish was second in class at Michelin Raceway Road Atlanta in September.  In addition, the team entered into a relationship with IDEC Sport to run the 24 Hours of Le Mans.  That was where their program unraveled as Merriman crashed in practice and suffered an injury.  The injury not only put him out the 24 Hours of Le Mans, but out for the rest of the season.  Tilley continued on and finished 11th in class with Jonathan Kennard and replacement driver Patrick Pilet.  When that happened, Tilley chose to park the team for the rest of the season so that Merriman could recover.

For now, Era Motorsport has only committed to competing at Daytona.  The team’s press release indicates “…the possibility [is] still open to compete in other events in the 2021 season.”