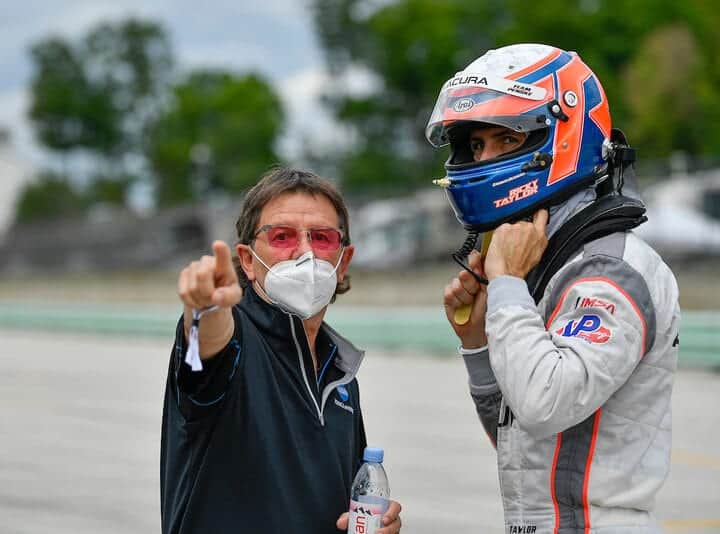 Wayne Taylor Racing announced their driver lineup for the 2021 IMSA WeatherTech SportsCar Championship Monday (Nov. 23).  The group of four drivers are all known quantities to the series, and to an extent the team itself.

Ricky Taylor, son of team owner Wayne Taylor, will return to the organization to drive the No. 10 Konica Minolta-sponsored Acura ARX-05.  This will be Ricky’s third stint with the team.  Previously, he drove for the organization from 2010-2012 in the Grand-Am Rolex Sports Car Series and from 2014-2017 in the WeatherTech SportsCar Championship.  In 89 career starts for the team, Ricky has 19 career victories and 44 career podium finishes.

“I have a lot of history with Wayne Taylor Racing,” Ricky stated.  “I grew up with the team and they helped develop me as a driver. It was a very difficult decision to leave the team in 2017 and join Acura Team Penske, but I was able to grow more.  It’s always great to go somewhere and bring value to the team, so now that I feel like when I return, I can do that.  Alex, Helio and I have a lot of experience with the Arura ARX-05 and I know the team really well, it’s literally family. The addition of Filipe Albuquerque who is a world class driver and has a lot of experience driving for big manufacturers and winning of the biggest races in the world.  I think we have a very strong lineup.”

For the full season, Ricky will be joined by Filipe Albuquerque.  After Action Express Racing cut down to one Cadillac for 2020, Albuquerque spent most of the year in Europe.  It was a very successful season as Albuquerque and teammate Phil Hanson won both the FIA World Endurance Championship and European Le Mans Series titles in the LMP2 class.

“I am really really happy with this new project,” Albuquerque said.  “Wayne Taylor Racing is one of the best teams [in] IMSA, they are always at the top at every event.  My motivation couldn’t be higher.  Regarding my teammates, I think it’s hard to have picked better ones.  I fought them in the past and now they are my teammates, it takes away a lot of pressure.  WTR could not have chosen better.  Between us all, we have won everything: IMSA, Daytona, Le Mans, ELMS, WEC [and the Indianapolis 500.]”

In addition, Albuquerque was the third driver in Action Express Racing’s No. 31 Cadillac.  He had a best finish of third in the TireRack.com Grand Prix at Michelin Raceway Road Atlanta in September.  Overall, Albuquerque claimed six victories in 12 races in 2020.

In the endurance seats are a couple more familiar faces from the now-defunct Acura Team Penske.  Alexander Rossi will be back for Daytona, Sebring and Michelin Raceway Road Atlanta in the third driver role.  This past season, he served in that role in the No. 7 Acura.  Rossi’s best finish was second in the Motul Petit Le Mans in October.

The other seat will be held by Ricky’s most recent teammate, Helio Castroneves.  Castroneves will only be with the team for the Rolex 24 at Daytona in January.  Ricky and Castroneves teamed up to win four races and win the championship in the DPi class.  Castroneves is currently signed to drive part-time in the NTT IndyCar Series in a second car for Meyer Shank Racing.