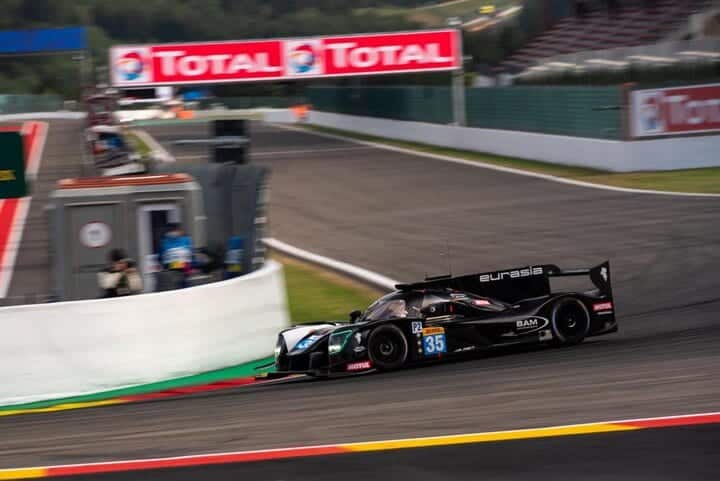 Eurasia Motorsport announced Friday (Nov. 27) that they will enter the IMSA WeatherTech SportsCar Championship for the first time.  The team has entered into a partnership with Rick Ware Racing and BAM Motorsport to field a Ligier JS P217-Gibson in the LMP2 class under the team name of RWR Eurasia.  The effort is designed to be a full-time entry in LMP2 that will fight for the season-long and Michelin Endurance Cup championships.

“This is an exciting new venture for us at Eurasia Motorsport,” said Mark Goddard, team principal of Eurasia Motorsport.  “We’re currently shipping our two Ligier JS P217s to the factory in readiness for the Rolex 24.  The team will be based at the RWR facility in the US and we will be managing the program from there with our own Race and Data Engineers as well as Race Mechanics.  We will benefit from logistical and personnel support from RWR and we’re looking forward to this new challenge.”

Eurasia Motorsport has their primary base at Sepang Circuit at Malaysia and a second base in The Philippines.  The team has raced in the Asian Le Mans Series and the European Le Mans Series, in addition to spot starts in the FIA World Endurance Championship (the picture above is from the 6 Hours of Spa-Francorchamps back in August).  The team also qualified for the 24 Hours of Le Mans, qualifying 18th in class and finishing 14th, second best in class of the non-ORECA 07s.

The team has announced their first driver as well.  That will be Cody Ware, who won the 2019-20 Asian Le Mans Series’ LMP2 Am championship for previous generation LMP2 cars.  The team will announce additional drivers for the effort in the coming weeks.

“I had the pleasure of meeting with Mark Goddard and David Madgwick early this year in the Asian Le Mans Series and I was really impressed with their program there,” Ware said in a press release.  “The Ligier [JS P217] was fast week in and week out and the team as a whole were so professional.  I followed their 24 Hours of Le Mans program with interest too, so naturally, I’m excited to be working with Eurasia and the BAM team this year and really looking forward to heading to Daytona for the Roar and then the Rolex 24.”

Ware’s interpretation of Eurasia Motorsport’s speed in the Asian Le Mans Series was accurate.  The team was very quick in the four races last season with drivers such as Super Formula/SuperGT ace Nick Cassidy and Virgin Australia Supercars Championship regular Shane van Gisbergen.  However, the team retired from the first three races, meaning that the results did not reflect their pace.

2021 will be a busy year for Ware, as he will continue to race in NASCAR in addition to his IMSA responsibilities.  An announcement of Ware’s NASCAR plans for 2021 is still forthcoming.

For Rick Ware Racing, this is not their first foray into sports car racing in the United States.  Last year, the team planned to compete in the IMSA WeatherTech SportsCar Championship with a Riley Mk. 30-Gibson in the LMP2 class.  After a crash at the ROAR Before the 24 and a lack of spare bodywork, the team ended up withdrawing.  Later on, they announced a plan to race in the GT Daytona class with an Audi R8 LMS GT3 with a scheduled debut at Long Beach.  That also did not happen due to the COVID-19 pandemic.

Prior to the Grand-Am/American Le Mans Series merger, Rick Ware Racing ran selected races in Grand-Am’s GT class.  In 2011, they competed in the Rolex 24 at Daytona with a Porsche 911 GT3 Cup car driven by a quintet of drivers that included Jeffrey Earnhardt (Earnhardt was driving for the team in the then-Nationwide Series at the time).  2012 saw the team run a limited schedule with a Ford Mustang driven by Earnhardt, Timmy Hill and others.