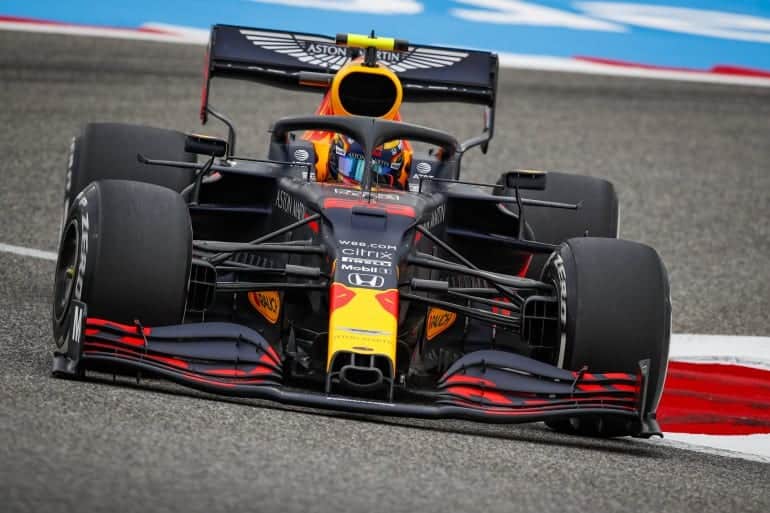 Lewis Hamilton notched his 98th career pole position and 10th of the 2020 Formula 1 season on Saturday (Nov. 28).  The seven-time champion will start alongside his teammate Valtteri Bottas for the Bahrain Grand Prix.

For Hamilton, the pole is another show of his season-long dominance in a year where he already has won 10 races and clinched the driver’s title.

For Bottas, the result is another reminder that he is driving in the shadow of one of the greatest drivers of all time.

With Mercedes taking the top two spots on the grid, they extended their front-row lockout record to 75.

Max Verstappen, who kept a short least on the Mercedes duo through the three practice sessions, will start third.  Alex Albon came back from his second session crash with a new chassis to earn the fourth starting position, giving Red Bull a second-row lockout.

Sergio Perez continued showcasing his talents for any future employer by snagging the fifth spot in qualifying.

Daniel Ricciardo and Esteban Ocon earned the sixth and seventh positions for Renault.

Pierre Gasly secured the eighth spot and was followed by Lando Norris taking ninth for the grid.  Daniil Kvyat will start in the tenth position.

The second round of qualifying was marred by Carlos Sainz’s spin when his McLaren locked its rear axle.  The Spaniard could not get his car started and brought out a red flag as his car remained on the track.

For many drivers, the red flag killed their flying laps and earned them a disappointing result because they had driven the fresh grip out of the tyres that would have given them their best result.

Case in point, Lance Stroll could muster only the 13th spot after returning to qualifying on used tyres, a position eight spots lower than his teammate.

The most surprising result of qualifying is evidenced with Ferrari.  In a year that has been confusing as much as it has been shocking, the team registered only 11th and 12th for Charles Leclerc and Sebastian Vettel, respectively.

This race is the first of two at the Sakhir circuit, with this event utilizing the inner configuration, whereas the Sakhir GP next weekend will follow the outer layout which looks almost like a quad-circle.

The Bahrain GP will start at 9:10 ET on Sunday and can be found on ESPN.