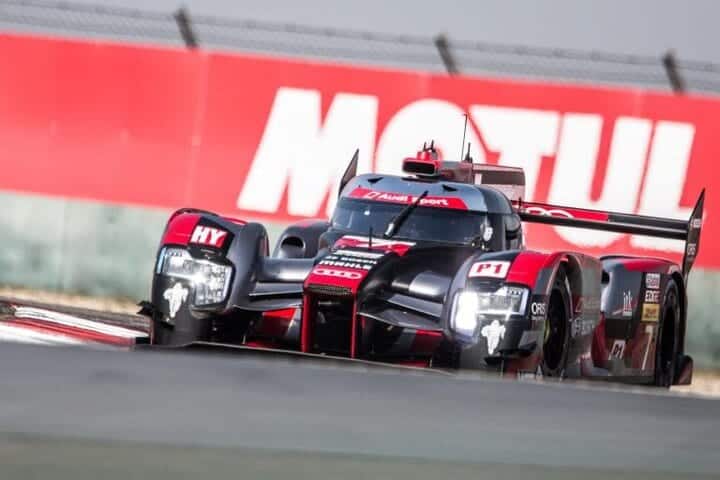 This week has been a busy one so far for Audi Sport.  On Monday (Nov. 30), they announced that Julius Seebach will replace Dieter Gass as the head of Motorsport for Audi Sport.  That was accompanied by an announcement of a new factory program in the Cars category in the Dakar Rally starting in 2022.  That program will replace Audi’s Formula E team, which will cease operations at the end of the 2021 season.

In the same announcement, Audi Sport announced that they will also return to the top flight of sports car racing.  Seebach indicated that Audi Sport is “…intensively preparing to enter the new sports prototype category LMDh with its highlight races, the Daytona 24 Hours and Le Mans 24 Hours.”

The LMDh formula, which was unveiled in January in a press event at Daytona, is currently scheduled to debut in the FIA World Endurance Championship in 2022 alongside the Hypercars that will debut next year.  It will debut in the IMSA WeatherTech SportsCar Championship at the 2023 Rolex 24 at Daytona.  It was originally scheduled to begin in IMSA in 2022, but that has been pushed back to 2023 due to the COVID-19 pandemic.

Such a move would return Audi to prototype racing for the first time since 2016.  It also means that Audi would be the second manufacturer (after Acura) to commit to the new formula that is currently scheduled to begin in 2022 with the new generation of LMP2 cars.

Through the end of 2016, Audi was full-time in the FIA World Endurance Championship with their Audi R18.  However, they were running a diesel-powered hybrid prototype at the time.  By 2016, Volkswagen (Audi’s parent company) was deep into an emissions scandal where electronic devices had been installed onto diesel-powered cars in order to allow them to cheat emissions standards in tests.  This scandal is often referred to today as “Dieselgate.”

The resulting fallout has effectively killed diesel as a viable fuel for passenger cars, both in the United States and in Europe.  The optics of racing a diesel-powered race car in the wake of the scandal was simply too much for Audi to bear at the time.  In addition, Porsche (also Volkswagen-owned) was also still in the LMP1 class with their Porsche 919.  It didn’t make a lot of financial sense for Porsche and Audi to spend millions to race against each other in LMP1 when Volkswagen needed to save money for the huge costs related to Dieselgate.  Since 2015, Volkswagen has paid over $30 billion in a combination of fines, car buybacks and fixes for cars not bought back.

Prior to Dieselgate, Audi was one of the most dominant forces in the history of sports car racing.  They first competed at Le Mans in 1999 with two different cars, the open-cockpit Audi R8R and the closed-cockpit Audi R8C.  Of the two cars, the R8R ended up being the more promising of the two.  However, it only raced four times and failed to beat the factory BMW V12 LMR prototypes of the time.

2000 saw the R8R replaced by the original Audi R8.  This car was a revelation at the time with a 3.6-liter FSI V8 engine (effectively direct injected) and was built with quick change components that revolutionized endurance racing.  For instance, at Le Mans that year, they changed the whole rear end (including the transmission) in five minutes.

Since then, the ACO has instituted rules to prevent this.  Teams are not allowed to change gearboxes during races any more.

In addition to the ease of changing parts, the car was fast as well.  The car debuted in the 2000 12 Hours of Sebring and scored a one-two finish.  The next few years saw Audi create a dynasty.  They won Le Mans five of the next six years, the sole exception being 2003 when Volkswagen put their full weight behind the Bentley Speed 8.  The R8 also dominated in the American Le Mans Series, winning 52 races (including a season sweep in 2003).

The R10 was almost as dominant as the R8 at first, winning three straight years (2006-2008), before true competition showed up with Peugeot’s closed-cockpit 908 HDi FAP.  Audi developed another new car at that point, the Audi R15 to replace the R10.  An updated version of this car, the R15 TDI plus, won Le Mans in 2010.

2011 saw the introduction of the first Audi R18.  The car won on debut at Le Mans with their one chassis that finished.  The other two were destroyed in horrific crashes.  Allan McNish collided with a Ferrari 458 driven by Anthony Beltoise and went into a barrier.

Later on, Mike Rockenfeller was eliminated from the race after he was pitched into the barriers by a slower Ferrari driven by Rob Kauffman at 200 mph.  Despite the car being destroyed, Rockenfeller all but walked away from the crash.

Yes, this is the same Kauffman that co-owned Michael Waltrip Racing at the time (Waltrip was one of Kauffman’s teammates for the race).  He had just gotten in the car a few minutes earlier for his third stint of the race.  After his stint concluded, he did not get back in the car for the remaining six hours the car raced before it was retired.

Choosing the LMDh formula for the top flight of prototype racing instead of the Hypercar formula means that Audi would be able to race in the IMSA WeatherTech SportsCar Championship.  As of now, there has been no ruling that would specifically allow Hypercars to compete in IMSA, although they are open to the idea.  The WEC plans on racing LMDh cars and Hypercars against one another in their top class as soon as 2022.

Audi did not announce whether they would compete full-time in IMSA or not.  The factory has not fielded a full-time effort in North America since 2008.  At that point, they curtailed their program to European races, Sebring and Petit Le Mans.  In 2011 and 2012, these races were conjunction races between the ALMS and either the Intercontinental Le Mans Cup or the WEC.  Since the IMSA WeatherTech SportsCar Championship never adopted the LMP1 rules, they have not raced in an American series since the 2013 12 Hours of Sebring.

They have specifically indicated the desire to win in Daytona, which would be a new accomplishment.  Audi’s time in the American Le Mans Series coincided with the split in sports car racing in North America.  The Rolex 24 at Daytona was controlled by Grand-Am in that era.  As a result, the Audi factory team has never raced at Daytona.