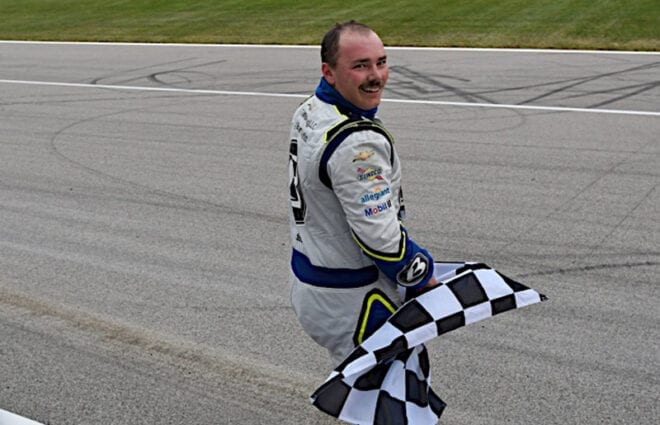 Despite planning a full-time schedule in the NASCAR Xfinity Series in 2021, Brett Moffitt isn’t done yet with the Camping World Truck Series.

Moffitt will compete for the championship in Niece Motorsports’ No. 45 in 2021 in the series, the team announced Dec. 2.

“I am so thankful to Al Niece (team owner), Cody Efaw (team manager) and everyone at Niece Motorsports for this opportunity,” Moffitt said in a release. “To be able to compete full time in both the NASCAR Camping World Truck Series and the Xfinity Series is a challenge I look forward to. Chris Our, Our Motorsports and Chevrolet were a big part of helping this all come together, so a big thank you to them as well.”

Moffitt previously announced he was driving full time for Our Motorsports in the Xfinity Series, a role he will also hold, giving him two full-time series in 2021.

Moffitt joins a Niece squad that currently includes Carson Hocevar and Ryan Truex as the team’s other full-time drivers.

In 2020, Moffitt ran a second season with GMS Racing in the Truck Series, finishing third in points with one win, 10 top fives and 16 top 10s.

The move gives Niece a past champion in the series; Moffitt won the 2018 title.

Rutherford is the managing editor of Frontstretch, a position he gained in 2015 after serving on the editing staff for two years. At his day job, he's a journalist covering music and rock charts at Billboard. He lives in New York City, but his heart is in Ohio -- you know, like that Hawthorne Heights song.
Previous Rick Ware Racing Announces Full-Season Sponsorship from Nurtec ODT
Next 2020 Top NASCAR Storylines: Youth Movement Gets Its Champion in Chase Elliott 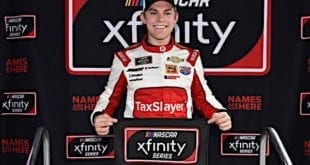