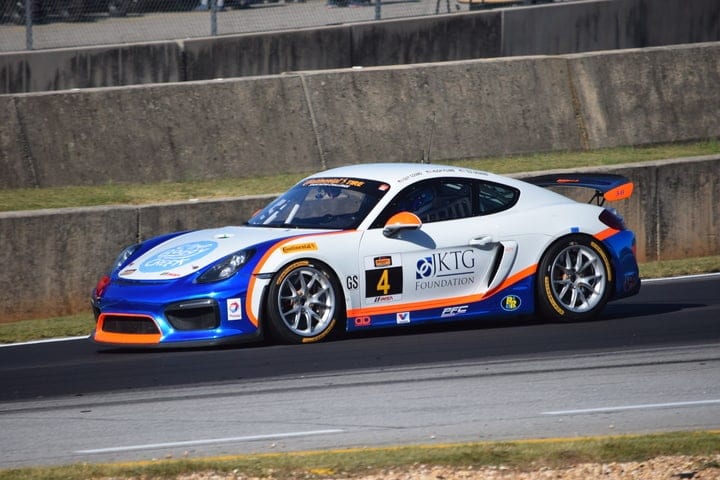 TeamTGM announced Tuesday (Dec. 1) that they will field an entry in the GT Daytona class for January’s Rolex 24 at Daytona.  It will mark the team’s debut in the IMSA WeatherTech SportsCar Championship.

For this effort, the team has taken delivery of a new Porsche 911 GT3 R.  While they have never raced the all-out GT3 variant of the 911 previously, the team does have experience racing 911 GT3 Cup cars in the International GT series.  That type of 911 has less horsepower and less downforce.

“I’ve been involved in racing a long time and have put together a great team with an incredible depth of talent,” team owner Ted Giovanis said in a press release.  “The Rolex 24 has been on my radar for many years and I think the time is right, the team is right, to step up to the challenge.”

For this effort, they will not be going it alone.  The team has entered into a partnership with Wright Motorsports, a longtime Porsche competitor and full-time team in the GT Daytona class.  Wright Motorsports will assist with race preparations and within the race itself.

TeamTGM has competed in what is now Michelin Pilot Challenge since before the ALMS/Grand-Am merger, first in the Street Tuner class, then in Grand Sport.  The team originally ran a BMW 328i in ST before moving up to Grand Sport.  Once there, the team raced a pair of Porsche Cayman GT4 Clubsports (the team’s No. 4 is pictured above at Michelin Raceway Road Atlanta in 2017).   For 2018, they changed to the Mercedes-AMG GT4 and won the Grand Sport championship with the duo of Hugh Plumb and Owen Trinkler.

2020 originally saw the team switch to a pair of Chevrolet Camaro GT4.Rs, which debuted in January at Daytona.  However, the team chose to suspend operations in order to help with the COVID-19 vaccine effort.

In early November, TeamTGM indicated that their Camaros would be back on the grid for the full 2021 Michelin Pilot Challenge season.  Giovanis and Trinkler would share one car, while the Plumb brothers (Hugh and Matt) would share the other car.  This was the original plan for 2020 before the COVID-19 pandemic threw everything upside down.

The addition of the Porsche 911 GT3 R means that Daytona will now be a double-duty weekend for the team.  Giovanis describes the upcoming month of January as a “herculean effort” for the Florida-based team, but that his team is up for the challenge.

UPDATE: On Dec. 8, TeamTGM announced their driver lineup for the Rolex 24 at Daytona.  They will be using their full-time Michelin Pilot Challenge drivers to drive the Porsche.  Giovanis, the Plumb brothers (Hugh and Matt) and Trinkler will drive.

Giovanis has never previously driven in the Rolex 24, but his three teammates have a total of 21 career starts in the race.  They have no victories, but Matt Plumb came within a whisker of victory in the GT class back in 2013.  Unfortunately, the Audi R8 LMS that he was driving ran out of fuel in the closing laps and dropped to seventh.

“It’s been a few years since I’ve competed at the Rolex 24 and I’m looking forward to the challenge,” Matt Plumb stated.  “It’s a fabulous event that takes an incredible amount of conditioning, smart driving and focus.

“This will be a first for all of us racing the Friday event followed by the 24-hour race. I couldn’t ask for a better group of guys to share the driving with,” Matt continued.  “We work extremely well together and have a great deal of experience as teammates in the Michelin Pilot cars.  We have our sights set on battling for a podium position throughout the Rolex 24.”

As noted above, the team will still operate with support from Wright Motorsports.  The team has spent part of this week testing at Palm Beach International Raceway near Jupiter, Fla. to familiarize themselves with the new car.