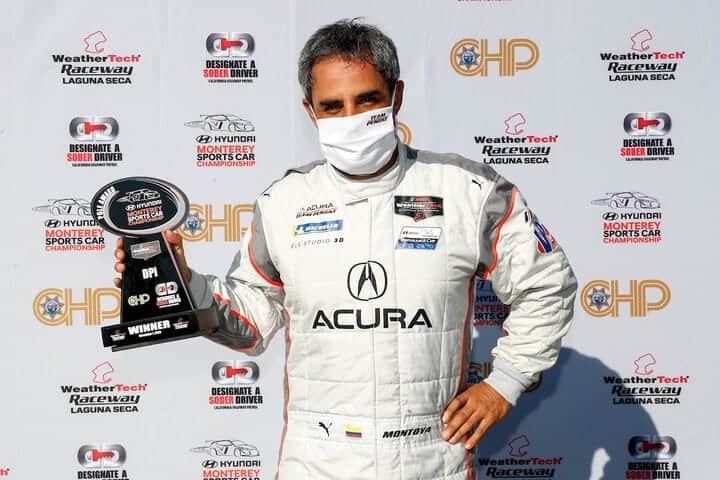 Meyer Shank Racing with Curb-Agajanian announced Wednesday (Dec. 2) that Juan Pablo Montoya will serve as the team’s third driver in the Michelin Endurance Cup races in 2021.  Montoya’s announcement completes the driver lineup for the No. 60 Acura ARX-05.  Montoya joins full-time drivers Dane Cameron and Olivier Pla, along with AJ Allmendinger, who will compete in the Rolex 24 at Daytona.

“I’m really excited to be joining Meyer Shank Racing next year,” Montoya stated in a press release.  “Dane [Cameron] and I have a really great relationship that has also turned into a friendship.  We both really understand each other and know what we need from each other to be competitive.  I’m looking forward to continuing the relationship with him.  I’m also looking forward to driving with Olivier [Pla] and AJ [Allmendinger].  I know AJ from back when I ran NASCAR and we banged wheels more than once!”

Montoya comes to the team after racing the last three years for Acura Team Penske as Cameron’s full-time teammate.  The duo won three races and claimed the 2019 DPi championship.  This past season, Montoya and Cameron finished sixth in points.  The duo struggled early in the season, but finished the year with three straight podium finishes.  Their best runs of the year were second-place finishes at WeatherTech Raceway Laguna Seca and Sebring in November.

The Michelin Endurance Cup schedule for Montoya will actually be his secondary sports car racing responsibility.  Back on Nov. 17, DragonSpeed announced that Montoya will race full-time in the FIA World Endurance Championship’s LMP2 class in 2021 in an ORECA 07-Gibson.

Montoya debuted with DragonSpeed at Le Mans back in September.  This was not exactly planned as Montoya was drafted into the team to replace Pipo Derani.  Montoya was teamed with past teammate (with Chip Ganassi Racing in Grand-Am) Memo Rojas and Timothe Buret.  After qualifying 16th overall (11th in LMP2), the team was forced to retire at the end of the 13th hour due to an engine misfire