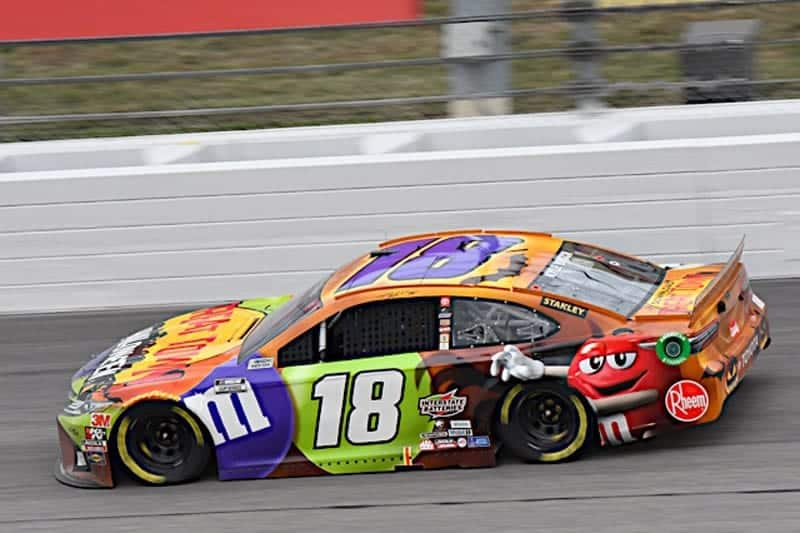 If Kyle Busch and the No. 18 team being at its best at the right time to end 2019 to win the title in the NASCAR Cup Series was catching lighting in a bottle, 2020 may as well have been a campaign in which finding the right bottle to begin with was a challenge.

Most drivers in the Cup garage would be happy with a race victory, 14 top fives and 20 top 10s. Most drivers, however, are not Kyle Busch.

The two-time champion was eluded victory all the way until three races remained the season. By then, championship hopes and those of repeating were gone with the wind for the No. 18. Busch failed to advance to the Round of 12 after having a chance to win the title in the season finale the past five years. He ended up eighth in the final standings.

If there’s any doubt about the need to address what went wrong for Busch this year, its urgency was shown quickly in November with the news that Ben Beshore would replace Busch’s crew chief for the past five years, Adam Stevens. Beshore led Harrison Burton to four wins this year in the NASCAR Xfinity Series, including twice in the final three races of 2020.

Busch was solid throughout the season starting with top-three finishes at Phoenix Raceway and Auto Club Speedway to start the year, followed up by four finishes within the top four over a span of five races. Running well was not a problem for Busch. Getting to the top of the heap, however, was.

The straight-up dominance seen in the past for Busch never came together. Just twice this year Busch led at least 100 laps in a given race. Not only that, but Busch also failed to lead a single lap in 15 races in 2020.

So why the drop off?  One cannot be sure if it’s one certain thing. COVID-19 eliminating practice sessions certainly did not help matters.

Stevens admitted as much at one point during the season.

“That was a big part of our program, getting an intimate understanding of the car through practice,” Stevens told Racer.com. “I’m not saying it’s not a big part of everybody’s program, but that was certainly a leg on our stool, and it was taken away from us. We probably didn’t do the best job adjusting to that right off the bat. On top of that, I think our program was a little behind to start the year and kind of just got off on the wrong foot with those two things, and slowly kind of righted the ship, getting our cars and internally adjusting our program to this new reality.”

With that time eliminated, it became tantamount for teams to have their cars ready to run well once they unloaded. The luxury of being able to tweak a car in practice was gone. If teams didn’t unload well, falling of f the lead lap became a possibility, and the focus became fighting to stay on the lead lap rather than racing for wins.

If there’s any solace for Busch from 2020, it’s that his string of having at least one win in his 16 full-time seasons in NASCAR’s top level continued.

But now comes the bigger challenge in 2021: not just being good, but being great.

Like many, Busch and the No. 18 team are likely ready to toss 2020 into the dumpster.

Still number one wheelman in Nascar. Not another racer wants to win every single race he’s in like Kyle does.