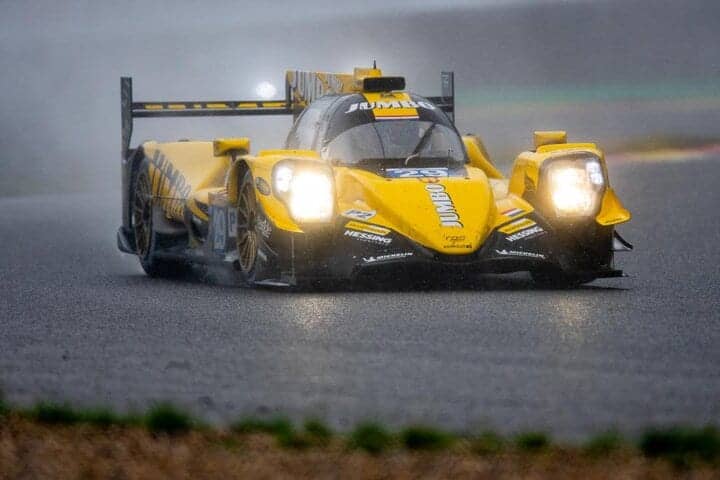 Racing Team Nederland, a regular team in the FIA World Endurance Championship, announced Thursday (Dec. 10) that they will be making their IMSA WeatherTech SportsCar Championship debut in January’s Rolex 24 at Daytona.  They will be bringing their ORECA 07-Gibson over to compete in the equivalent class in IMSA.  Team owner Frits van Eerd will be joined in the car by fellow WEC regular Giedo van der Garde.  The team has also announced two additions to their lineup.  Job van Uitert will join the team not only for Daytona, but for the full 2021 WEC season as well in place of 2019 FIA Formula 2 champion Nyck de Vries (de Vries will be full-time in Formula E in 2021).  The team’s fourth driver lineup will be taken by Charles Milesi.

Sponsorship for the Dutch effort will be provided by Jumbo, a chain of supermarkets based in The Netherlands, which is owned and operated by the van Eerd family.  INDYCAR fans might recognize the brand as a sponsor of Rinus VeeKay.

“It is of course fantastic that we will be at the start of Le Mans and Daytona next year,” van Eerd said in a press release.  “I always love to race in America, and Daytona fits perfectly into the World Championship calendar.  It is therefore more than just a race for us; it is also an important test in the run-up to the World Cup.  And this is also a great way to take a first step towards IMSA.”

The final statement in van Eerd’s quote does have a backstory.  The team has been rumored for years to have been considering racing in North America on a regular basis.  However, January will mark the team’s first non-WEC race in the United States.

WEC teams will be in the United States to start their season at Sebring in March.  In an attempt to cut costs, the FIA has mandated sea freight for teams to transport equipment to overseas events.  The timing of the Rolex 24 at Daytona is such that European teams can bring their equipment over earlier and do both races.  Racing Team Nederland will be the second team that raced in the WEC’s LMP2 class to confirm entry in the Rolex 24 following Cetilar Racing’s decision to enter their Dallara P217.

Van der Garde, a former Formula 1 driver for Caterham in 2013, is entering his fourth year with the team.  Van Uitert comes to the team after running the full 2020 European Le Mans Series season for United Autosports.  Teamed up with Alex Brundle and William Owen, van Uitert won the first race of the season at Paul Ricard and ended up second in points, 37 points behind teammates Filipe Albuquerque and Phil Hanson.

Milesi comes to the team from Super Formula in Japan, where he has run the past three races for Buzz Racing by B-MAX.  To this point, Milesi’s best finish there has been an 11th.  Milesi also made one-off appearances with DragonSpeed in the ELMS at Monza and with SO24-Has by Graff in the WEC at Le Mans.  He would have finished third in the ELMS race at Monza, but the team was disqualified due to a diffuser height violation.  At Le Mans, Milesi’s ORECA 07-Gibson broke in the final 45 minutes, resulting in the team not being classified as a finisher.

It is the experience racing the ORECA 07 that is why Milesi was picked to round out the driver lineup.  That, and the fact that he is currently a silver-rated driver was enough for van Eerd to pull the trigger on hiring Milesi.