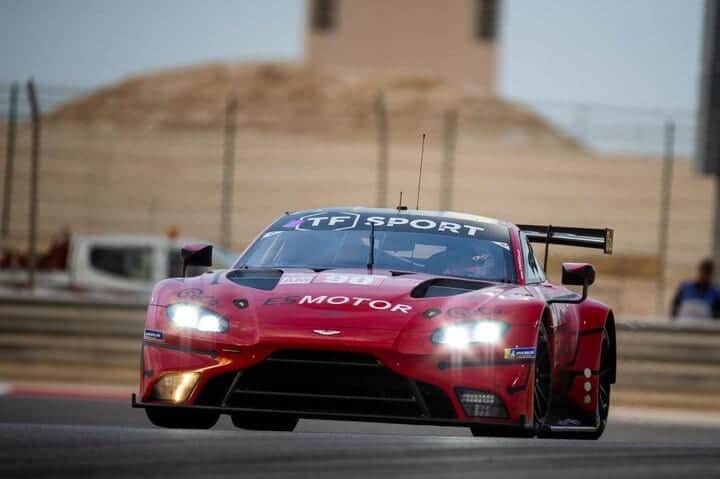 TF Sport regular Charlie Eastwood will drive the Aston Martin alongside three drivers with significant IMSA experience.  Ben Keating will join up with former Ford GT factory racer Richard Westbrook and Maxwell Root for the race.  The car, which will run No. 97, will be sponsored by Rain-X Longitude windshield wipers.

“We are very happy to be given the opportunity to race at this fantastic event!,” TF Sport owner Tom Ferrier stated.  “Thank you to all the partners involved, Total, Rain X, Wynn’s and Matter, for making it possible.  We have a fantastic team and driver line up, so let’s hope we can bring a trophy home!”

For Keating, he returns to Daytona for another attempt for class victory after spending the vast majority of the year in Europe racing a Porsche for Team Project 1.  He’s quite excited about his team.

“This will be my 11th Rolex 24 at Daytona and it’s my favorite race of the year!,” Keating said.  “I know that my first Le Mans experience came on the heels of me winning the Rolex 24, so why not be with TF Sport at their first Rolex 24 experience, on the heels of just winning at Le Mans?  I have never driven the Aston Martin, but I competed against them all year long and was very impressed with the GTE car – I expect that the GT3 car will handle similarly.  What’s not to love about this program?!”

Westbrook is best known for his four years as part of Ford Chip Ganassi Racing’s factory Ford GT program in the IMSA WeatherTech SportsCar Championship’s GT Le Mans class.  In 44 starts in the Ford GT, Westbrook had eight victories and 18 podium finishes.  He also finished second in GT Le Mans points in 2016 and 2018.  When that concluded at the end of the 2019 season, Westbrook was left without a ride.

After some searching, Westbrook scored a ride for Le Mans with Aston Martin Racing as the third driver alongside eventual GTE-Pro champions Marco Sorensen and Nicki Thiim at Le Mans.  There, Westbrook earned a third-place finish.  At Bahrain, Westbrook moved over to the No. 97 Aston Martin in place of Alex Lynn, who had to miss the weekend after testing positive for COVID-19.  Teamed with Maxime Martin, Westbrook finished fourth.

For Root, Daytona will mark his IMSA WeatherTech SportsCar Championship debut.  He showed good form in IMSA Porsche GT3 Challenge Cup competition, which resulted in Wright Motorsports moving him up to GT3 competition.  He spent 2020 racing in GT World Challenge America powered by AWS’ Am class alongside Fred Poordad in a Porsche 911 GT3 R.  The duo won the Am class championship with six wins in class.  The duo’s best finishes were second-place overall finishes in both races at Sonoma Raceway.  Root also made his Le Mans debut, driving a Ferrari 488 GT3 EVO for JMW Motorsport alongside Richard Heistand and Jan Magnussen.  The trio ended up finishing sixth in class, four laps behind the winning TF Sport Aston Martin.

TF Sport will be making their IMSA debut, but they have been quite successful overseas in the past couple of years.  They finished second in WEC GTE-Am points during the 2019-20 season with the trio of Eastwood, Jonny Adam and Salih Yoluc driving.  They earned four victories, including the aforementioned class honors at Le Mans.  That experience was with the GTE-spec Aston Martin.  The team does have experience racing the current Aston Martin Vantage GT3 in the Intelligent Money British GT Championship.  In 2019, the team fielded two Aston Martins in the GT3 class.  The No. 47 Aston Martin with Adam and Graham Davidson ended up winning the championship on the strength of two victories.

TF Sport’s press release indicates that their effort in Daytona is a “guest appearance.”  However, it likely won’t be their only time racing in IMSA.  The team stated in their press release that they want to compete full-time in the IMSA WeatherTech SportsCar Championship sometime in the future.  It just won’t be in 2021.