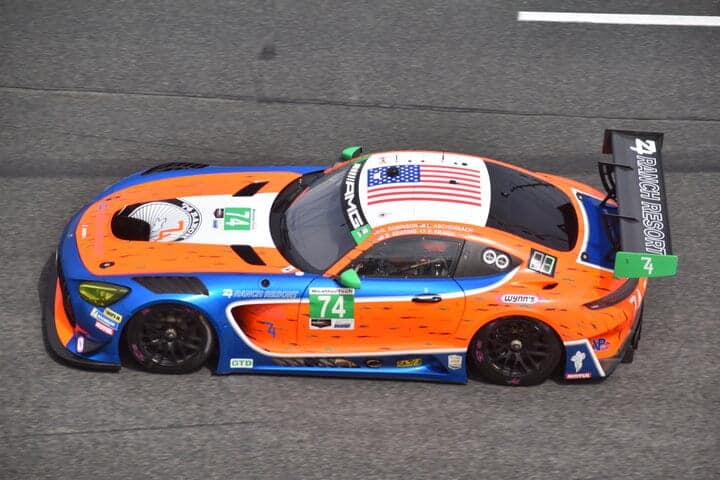 Riley Motorsports confirmed their full two-car effort in the IMSA WeatherTech SportsCar Championship’s new LMP3 class Friday afternoon (Dec. 11).  Previously, the team announced that their Michelin Pilot Challenge team will move up to LMP3 in 2021 with Jim Cox and Dylan Murry.  They’ll be joined by Jeroen Bleekemolen and Austin McCusker in Daytona.  In addition, the No. 74 team that ran a Mercedes-AMG GT3 in the GT Daytona class in 2020 (pictured above) will also make the move up.

Gar Robinson will remain in the No. 74 full-time.  Teamed with Lawson Aschenbach, Robinson finished eighth in GT Daytona points in 2020 with a second-place finish at Mid-Ohio as his best run of the year.  He was in contention to win his class in the 12 Hours of Sebring, but Aschenbach’s late contact not only cost the team potential victory, but put them out of the race in the closing minutes.  He’ll be joined in the car by Oliver Askew, who drove most of 2020 in the NTT IndyCar Series for Arrow McLaren SP before crashing on a restart during the Indianapolis 500 in August.

Askew was cleared to race following the big hit and competed in the doubleheader weekends at World Wide Technology Raceway at Gateway and Mid-Ohio Sports Car Course before seeking additional opinions on his health.  After sitting out the Harvest GP at Indianapolis, Askew returned for the season finale in St. Petersburg, Fla.

Robinson and Askew will be joined by two more drivers.  One is Scott Andrews, who made his IMSA WeatherTech SportsCar Championship debut at Sebring in November for JDC-Miller MotorSports in their No. 85 Cadillac.  He ran quite well and finished fourth overall despite having never driven the car prior to that weekend.  Andrews drove in five of the six IMSA Prototype Challenge races this year for JDC-Miller MotorSports in a Norma M30-Nissan with Gerry Kraut.  The duo won at Sebring and Road America, ending up fifth in points.

Finally, Felipe Fraga returns to the fold.  Fraga has previously raced for Riley Motorsports five different times in endurance races with a best finish of fourth in GT Daytona in the 2019 Motul Peitt Le Mans at Michelin Raceway Road Atlanta.  He also raced in six of the eight races that comprised the 2019-20 FIA World Endurance Championship season for Team Project 1 alongside Bleekemolen and Ben Keating.  His additional full-time schedule in Stock Car Brasil forced him to miss Shanghai and the first Bahrain event due to conflicts.  In his six WEC starts, Fraga had one podium finish, a third at Fuji Speedway.