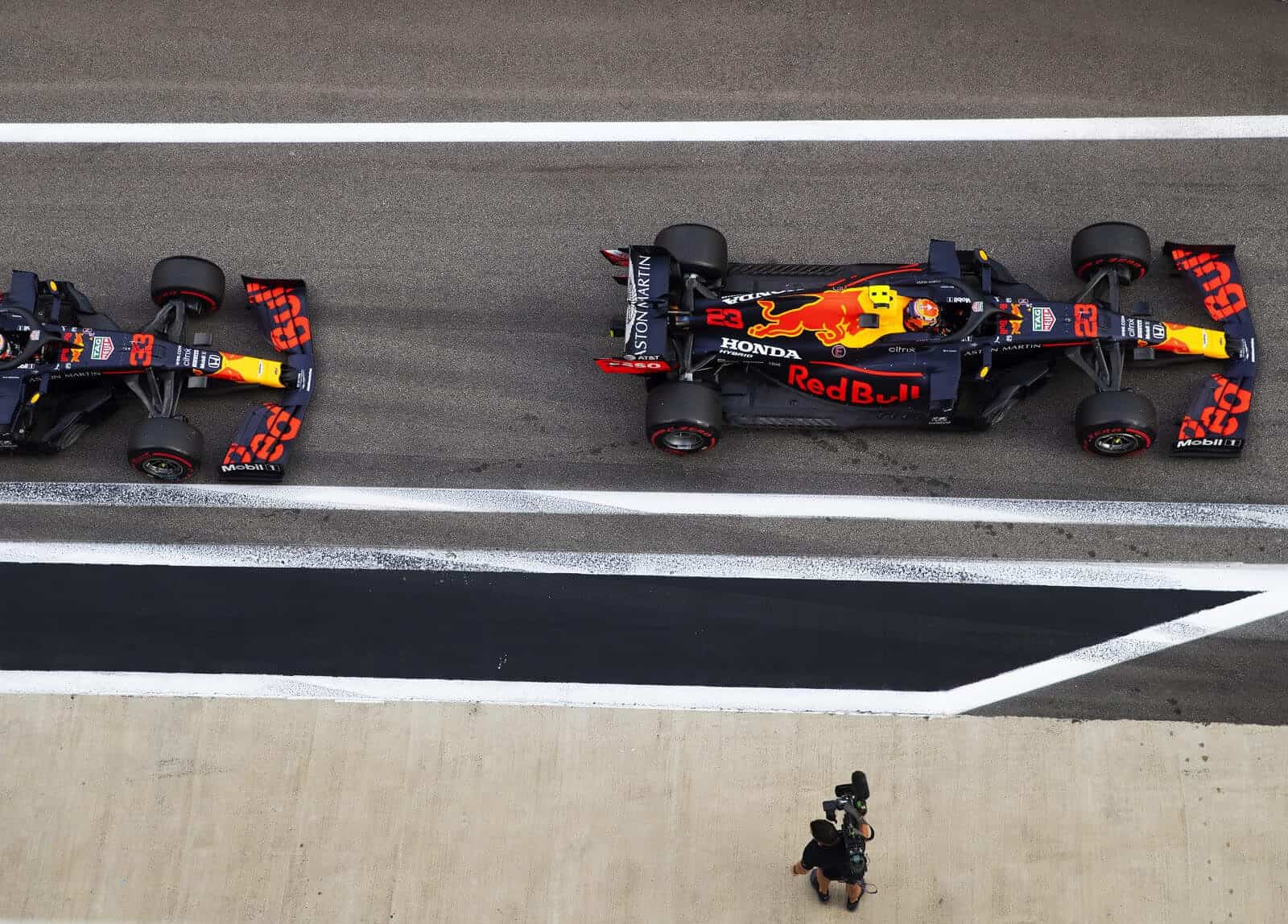 In a surprising result, Max Verstappen claimed pole on Saturday (Dec. 12) for the Abu Dhabi Grand Prix. The result ends a season where Mercedes dominated qualifying, taking every pole except this one at Yas Marina.

For Verstappen, the pole is the fourth of his career and sets the Dutch driver up in the best position to finish the season with a win.

Valtteri Bottas looked as though he might claim pole but was beaten by 0.025 seconds. Lewis Hamilton, returning from his Coronavirus induced one-race suspension, could muster only third.

Lando Norris managed to snag the fourth spot for the grand prix, and puts McLaren in an excellent position to gain points to try and claim third in the constructor’s standings.

Alex Albon had been impressive through all three practices but fell off just a smidge and finds himself starting fifth.

Sitting in sixth is Carlos Sainz, who seconded McLaren’s strong run in qualifying.

Daniil Kvyat, who will be leaving AlphaTauri after this race, put together an excellent qualifying session to earn seventh. He will be joined by Lance Stroll who is coming off a podium at the Sakhir GP.

Charles Leclerc struggled with his Ferrari and will start ninth. Pierre Gasly rounds out the top 10.

The qualifying session saw no major incidents but plenty of surprise and many of the cars did not look like they gripped the track well.

The battle for the top spot came as no surprise as Red Bull and Mercedes swapped fastest laps, and all four drivers held station in the top four. For Red Bull, the result is a positive sign that the team is finally finding power with its Honda engines to match the top pace.

For Bottas, missing out on pole is another moment of frustration, especially as he had beaten his teammate for the top spot — only to be outdone by Verstappen.

– Sergio Perez, who will be leaving Racing Point after this race, has taken a fourth new internal combustion engine along with a turbocharger and MGU-H. These changes mean that he will start from the back of the grid. While he fell to last at the Sakhir GP and still won, the likelihood of pulling off another feat such as that is a statistical longshot at best.

What is just as disappointing is that Perez starts in a position that puts his team in a tough spot in trying to secure third in the constructor’s standings. Racing Point currently holds a 10-point edge over McLaren but both of its drivers will be starting in the top six.

– Albon is putting together a rather handsome weekend. He has placed in the top four through all three practice sessions and qualified fifth. With Red Bull openly asserting that Albon must win the seat for next year, this kind of weekend is what he has been supposed to do all season long.

What had begun as a solid but unspectacular season fell apart through the middle third, and Albon has found it difficult to gain his comfort. A podium at the season’s finale would go a long way toward returning.

– Leclerc qualified ninth but will drop three spots after he was handed a three-place penalty for his role in the first-lap crash at the Sakhir GP. The stewards judged that he caused the accident that took himself and Verstappen out of the race.

The crash came after Leclerc had done a masterful job qualifying, taking the fourth spot. On the opening lap of the race, however, he made an ill-advised attempt to pass Verstappen that resulted in their DNFs.

– Kevin Magnussen, Romain Grosjean and Daniil Kvyat will all be racing for the final time in Formula 1 for the foreseeable future. They could be joined by Albon should he make a mess of things. Rather than go into detail on their numbers, it is best just to appreciate that they have given all they could and will bow out with little fanfare. Godspeed.