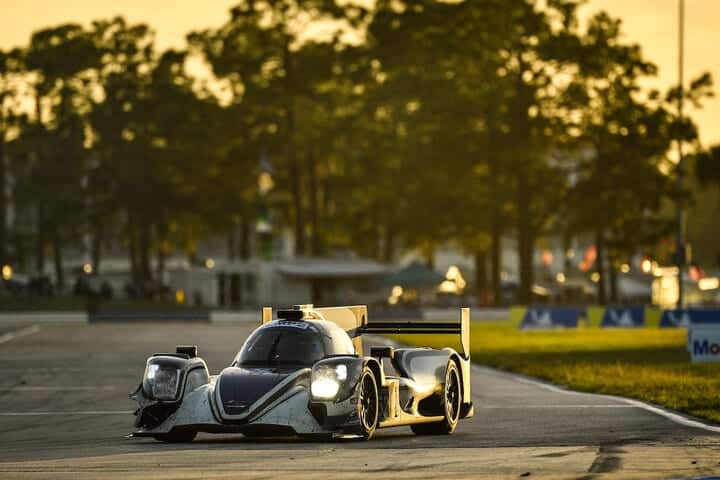 PR1 Mathiasen Motorsports confirmed their return to the IMSA WeatherTech SportsCar Championship’s LMP2 class on Tuesday (Dec. 15).  The team will field an ORECA 07-Gibson sponsored by Wynn’s (see below) in the race.

The only returning driver from last year’s Rolex 24 at Daytona driver lineup is Ben Keating.  Keating will once again do double duty, having previously been announced as one of the drivers for TF Sport in the GT Daytona class.  He will be joined by Scott Huffaker, who drove part-time for PR1 Mathaisen Motorsports in 2020.  Former Toyota factory racer Nicolas Lapierre and Mikkel Jensen will round out the driver lineup.

“As we all learn more about the different programs and teams coming to this year’s 24, I can’t help but feeling like it will be off the charts in terms of depth in the P2 category,” said Bobby Oergel, team principal of PR1 Mathiasen Motorsports.  “Adding to that, I feel so fortunate to have Ben [Keating], Mikkel [Jensen], Scott [Huffaker] and Nicolas [Lapierre] all together in our [No.] 52 PR1/Mathiasen car this year.  These guys are all amazing in the cockpit.”

Keating is no stranger to double duty in the Rolex 24 at Daytona.  When he drove for PR1 Mathiasen Motorsports last year, he doubled up with Riley Motorsports in their No. 74 Mercedes-AMG GT3 in the GT Daytona class as well.  Keating won the LMP2 class pole and led early in the race.  Since he started the car, he’s only credited with the points from his second-place finish in LMP2.

“I am extremely excited to be coming back to the Rolex 24 at Daytona again in 2021 with PR1,” Keating stated.  “We had a great race last year, but I want to make the top step on the podium in January.  After winning the IMSA LMP2 Championship for the last few years in a row, we know for sure that PR1 knows how to win. And, I am super excited about the driver line-up we have in this car. Clearly, we are in it to ‘Wynn’ it.”

For Jensen, 2021 will be his first visit to Daytona.  It will be his third start in the series, having competed twice in 2020 for Tower Motorsport with Starworks.  Jensen claimed a class victory in the Motul Petit Le Mans at Michelin Raceway Road Atlanta in October.  Outside of IMSA, Jensen has found success in the European Le Mans Series, winning the 2019 LMP3 championship for Eurointernational.  This year, he finished third in LMP2 points (best non-United Autosports driver) for G-Drive Racing.  He won the season finale at Portimao and finished second in both races at Paul Ricard.

After leaving what is now known as Toyota GAZOO Racing, Lapierre has primarily spent the past six years racing in the LMP2 class in Europe.  He is a two-time champion in the FIA World Endurance Championship’s LMP2 class, both championships coming with Signatech Alpine.  He has nine LMP2 class victories in the WEC and 24 podium finishes in 33 starts.

In 2020, PR1 Mathiasen Motorsports was the only LMP2 team to run the full season in the IMSA WeatherTech SportsCar Championship.  The team ultimately dominated, winning four races (Laguna Seca was a default victory as they were the only LMP2 team entered) and claiming the LMP2 championship for Patrick Kelly.