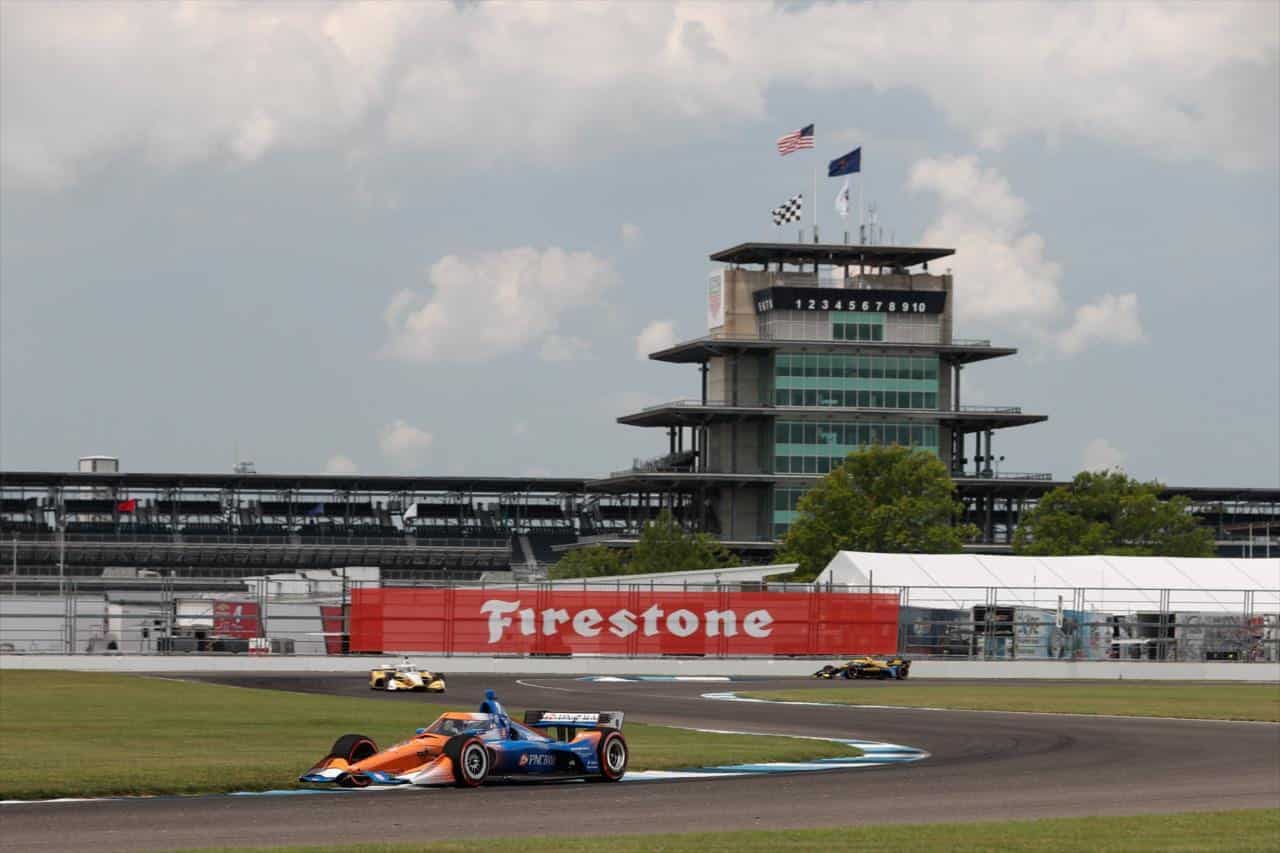 Chip Ganassi Racing retained its two NTT IndyCar Series drivers from 2019 for 2020, with Scott Dixon and Felix Rosenqvist remaining in the seats of the Nos. 9 and 10 cars, respectively. Added to the mix was Marcus Ericsson, who debuted in 2019 with Arrow Schmidt Peterson Motorsports, in a third car.

After a dominating season by Dixon, CGR exited the 2020 season with its ninth IndyCar championship; Dixon won four races en route to the crown, while Rosenqvist contributed a fifth win for the team.

2020 marked the first year that Ganassi expanded beyond two cars since its four-car lineup in 2017.

Dixon kicked off 2020 in the best way possible, winning the opening three races at Texas Motor Speedway, the Indianapolis Motor Speedway road course and Road America. He tacked on one win (at World Wide Technology Raceway at Gateway) and three additional podium finishes throughout the rest of the season, never dropping from the top of the point standings.

The closest Dixon has ever come to that kind of year-round dominance was during his 2008 title run, when he wavered between first and second in the standings for the first four races but held the top spot for the remaining 14 races after winning Indianapolis.

Dixon led more than three-quarters of the opener at Texas, setting the tone for his 2020 season; he also led 111 laps at the Indianapolis 500 but finished second, battling hard with eventual winner Takuma Sato in the final laps before falling back.

Despite the impressive year he’d had up through the penultimate race, it still took until the season finally concluded at the Grand Prix at St. Petersburg for Dixon to win the title; Team Penske’s Josef Newgarden also won four races during the season and was mathematically in range of being able to surpass Dixon in points.

Newgarden won the finale in St. Petersburg, but Dixon ran well and finished third, enough to clinch the title by 16 points over the two-time champion. In the 14-race season, Dixon finished outside the top 10 just once and racked up seven podiums but oddly never started on the pole throughout the year; however, he did complete every single lap that IndyCar ran in 2020.

Meanwhile, teammate Rosenqvist was coming off a season that, despite just two podiums and an up-and-down series of results, still netted him the 2019 Rookie of the Year award. The Swedish driver’s impressive rookie year gave both driver and team high hopes for his 2020.

The year looked to be starting off well; Dixon and Rosenqvist were running 1-2 at Texas to start the season with just 10 laps to go, but the latter bobbled when passing a lapped car and spun up into the wall as he looked to be closing on his teammate.

It took until the second Road America race for Rosenqvist to jump back into the top 10, but he did it in the most significant way possible. Holding off rookie Patricio O’Ward, Rosenqvist took the checkered flag in Elkhart Lake for his first career win, also keeping Ganassi’s streak alive; the team ended up sweeping the first four races of 2020.

Similar to 2019, Rosenqvist’s season was hot and cold after that, reeling off finishes of eighth, seventh and sixth in the two Gateway races and the initial Mid-Ohio Sports Car Course event but following that streak by crashing out on lap 4 of the second Mid-Ohio race and finishing 22nd.

The Road America victory was the sophomore driver’s only podium of 2020, and he finished 11th in the standings; Rosenqvist was later announced to be departing the team after the year was up.

Ericsson, Rosenqvist’s fellow Swede, was also in his second full-time season of driving in 2020. Primarily experienced in Formula 1, Ericsson drove for Caterham part time in 2014 and then full time for Sauber from 2015 through 2018, recording 11 finishes in the points with the latter.

His 2019 debut included a podium in the second Detroit race, also adding a pair of top-10 finishes in Alabama and Texas, but 2020 was a little kinder to Ericsson.

Despite crashing out at Indianapolis, completing just 24 laps before smacking the wall, Ericsson showed vast improvement over the abbreviated schedule for Ganassi. He finished nine of the races in the top 10 after just three the previous year, leading fewer laps than in 2019 but finishing ninth in both back-to-back Iowa Speedway races and recording top-10 efforts in both Road America events.

Ericsson ended up 12th in the standings, just 15 points behind Rosenqvist, but finished better than his teammate in more than half the races in 2020.

Dixon and Ericsson will be back for 2021 in the same seats, but Rosenqvist is set to join Arrow McLaren SP, driving the No. 7 after the team parted ways with Oliver Askew.

Replacing Rosenqvist is Alex Palou, who spent his 2020 season with Dale Coyne Racing. Palou scored a podium at Road America’s first race and is set to drive the No. 10 in 2021.

Ganassi also made the biggest move of the offseason by adding a fourth car: the No. 48. Seven-time champion and now-retired (at least from full-time competition) NASCAR driver Jimmie Johnson will share driving duties with Tony Kanaan, who parted ways with AJ Foyt Enterprises after 2020. Johnson is scheduled for 13 of the 17 races, but Kanaan will pilot the car for the Indianapolis 500.