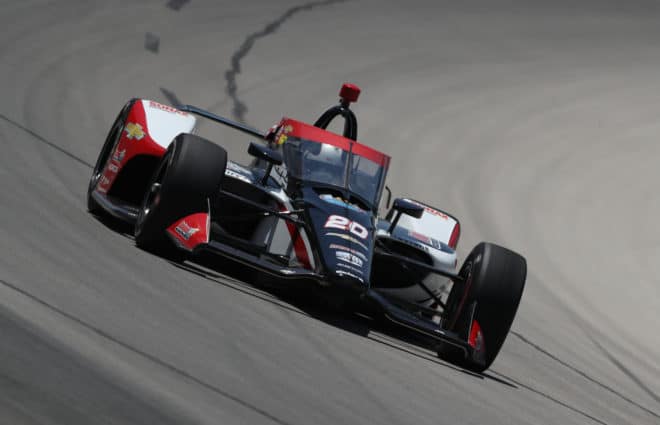 Ed Carpenter Racing returned to its sole moniker in 2020 with one full-time NTT IndyCar Series ride and a pair of occasional cars, fielding a rookie in the former and both the team owner and a veteran racer in the latter.

Downsizing from a 2019 partnership with Ferrari’s Scuderia Corsa, the only season in which the team has fielded a car under any other name or partnership, ECR overhauled most of its lineup for 2020. With Spencer Pigot and Ed Jones‘ departures after the 2019 season, Ed Carpenter himself was the only consistency between the two years; to begin the decade, Carpenter brought on rookie Rinus VeeKay to drive the No. 21 full time, while also hiring Conor Daly to jump in for several rounds in the No. 20 and one in the newly christened No. 47.

VeeKay came out of 2019 on a high note, finishing second in the Indy Lights standings to fellow 2020 rookie Oliver Askew after winning six races and scoring 14 podiums in the 18-event season.

The season didn’t get off to the best of starts for the Netherlands native, as he lost control of his car off of the second turn just 36 laps in. The No. 21 spun sideways and into fellow rookie Alex Palou, ending both of their debuts in the garage.

VeeKay rebounded the next week, though, with a strong fifth-place run at the Indianapolis Motor Speedway road course, but suffered a string of five finishes outside the top 10 afterward, the scariest of which came in the first Iowa Speedway race, during which a restart was waved off while cars were getting up to speed.

While VeeKay began to slow, fellow driver Colton Herta was still accelerating and didn’t slow in time, his No. 88 riding up on the back wheel of VeeKay’s car. Herta’s car climbed across the No. 21 as it slid sideways, launching Herta about 20 ft. in the air and into the catchfence as VeeKay slid under him.

Both drivers emerged from their cars unharmed, but it’s incredibly likely that the newly implemented aeroscreen on all cars could have saved VeeKay from serious injury; the undercarriage of Herta’s car came dangerously close to VeeKay’s helmet as it was, but the crash could have been much worse if the safety device hadn’t been there.

The Iowa incident was right in the middle of VeeKay’s results skid, which came to a close when the series headed to World Wide Technology Raceway at Gateway. After a lackluster Indianapolis 500, VeeKay scored top-10 efforts in each of the next three events and, despite an 11th-to-11th run in the second Mid-Ohio Sports Car Course race, carried that momentum back to Indianapolis for subsequent races on the track’s road course.

He topped the qualification charts at the first fall Indianapolis road course event by almost a full second over Josef Newgarden, leading the first 15 laps of his career en route to a third-place effort. VeeKay and Herta traded the lead back and forth over the course of the opening laps, both falling back as the race went on, but the rookie stayed near the front and ended up with his first career podium.

While the final two races of the season saw VeeKay finish 15th or lower in both, he did win Rookie of the Year honors for his efforts in 2020. He is set to return to the No. 21 in 2021 after a 14th-place finish in the standings this year.

Team owner Carpenter, as he has done every year of the team’s existence since 2014, ran a part-time schedule. Driving the No. 20, Carpenter competed in six rounds of the 2020 season, kicking things off with a solid fifth-place effort at Texas Motor Speedway in the season opener.

Carpenter returned for the Iowa doubleheader, the Indianapolis 500 and the Gateway doubleheader but couldn’t manage a finish of better than 15th in any of the events. His season was marred by crashes in the second Iowa race and the first Gateway contest, as well as issues at Indy that mired the No. 20 in 26th, 13 laps down by the end of the race.

Daly was scheduled to run all ovals but Indianapolis for Carlin in 2020, teaming up with Max Chilton to split the No. 59 car, and landed the partnership with ECR to run the rest of the 2020 slate. While the Indiana native struggled in his first three races with Carpenter, he did land a pole at Iowa for Carlin; his best results in 2020 came with that team, and he could only manage three top-15 efforts in the No. 20.

It didn’t help that Daly’s one-off in the No. 47 at Indianapolis came to an abrupt end before the halfway mark, as he spun out of turn 4. Daly righted the car and might have continued, but a sliding Askew slammed the inside wall and ricocheted back into Daly, who spun again and hit the interior barrier.

With VeeKay back for a second year of full-time racing in the No. 21, Carpenter nearly has everything in order for the 2021 schedule.

Carpenter will drive the No. 20 for four rounds, including the Indianapolis 500, while Daly will handle the rest of the driving duties in the entry. However, with Carpenter in the seat for the 500, Daly is set to drive the race as well; the number for his car, though, has yet to be revealed.

Adam Cheek joined Frontstretch as a contributing writer in January 2019. A 2020 graduate of VCU, he works as a producer and talent for Entercom Richmond's radio stations. In addition to motorsports journalism, Adam also covered and broadcasted numerous VCU athletics for the campus newspaper and radio station during his four years there. He's been a racing fan since the age of three, inheriting the passion from his grandfather, who raced in amateur events up and down the East Coast in the 1950s.
@adamncheek
Previous Jeffrey Earnhardt Running JDM’s No. 0 Full Time in 2021
Next 2020 NASCAR Team Reviews: Rick Ware Racing 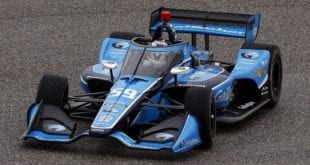 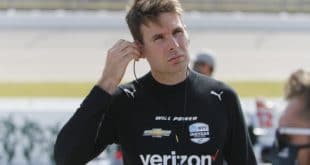