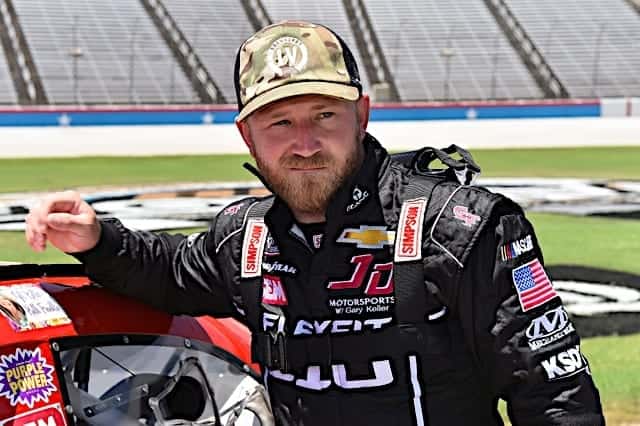 Jeffrey Earnhardt will return to the NASCAR Xfinity Series full time in 2021, driving JD Motorsports with Gary Keller’s No. 0, the team announced Dec. 21.

Earnhardt’s return to full-time competition coincides with his return to JDM after running 29 of the 2020 season’s 33 races for the organization, mostly in the No. 0. He took over driving duties for the team starting with the fifth race of the season.

Last year, he finished 23rd in points and scored a best finish of 11th at the Charlotte Motor Speedway ROVAL.

“We got a late start and the plan was to run six to 12 races, but something good was happening and by Bristol [Motor Speedway] you could sense the momentum we were having” Earnhardt said in a team release.  “We came home in 15th in our third race and that’s an accomplishment when just a few weeks earlier we had no plans to work together.  We had great partners join us and the season had some real bright spots to build on.”

Assuming he competes every race on the schedule as planned, 2021 will mark Earnhardt’s first full-time NASCAR season since 2014, when he drove all Xfinity races for JDM’s No. 4. Additionally, in 2017 he ran 34 of the 36 Cup Series events for Circle Sport, driving all races but the two road courses.

Earnhardt joins Colby Howard as JDM’s other full-time driver thus far. The Nos. 4 and 6 that JDM fielded in 2020 have not yet had details announced concerning their 2021 plans.