Despite being the only single-car, single-driver team in NTT IndyCar Series competition in 2020, Meyer Shank Racing completed its fourth year in the series and first full-time schedule with solid results.

Driver Jack Harvey has piloted the team’s No. 60 entry throughout its existence and retained the seat for 2020, continuing to improve both his and the team’s performances. Continuing to run Dallara Hondas, the team recorded a new best average finish of 12.3 through the 14 events.

While Harvey failed to secure a podium after his maiden top-three finish last year, his results have crept toward the right side of things over the past several years. After underwhelming returns in 2017 and 2018, Meyer Shank attempted double-digit races in 2019; Harvey drove his way to a third-place effort at the Indianapolis Motor Speedway road course late in the season, adding on three other top-10 runs.

Career bests across the board for Harvey were the highlight of the driver-team pairing’s season, most notably each scoring the most top-10 finishes and highest average starting and finishing positions of their respective times in IndyCar.

Harvey’s ninth-place effort in the Indianapolis 500 was a career high, capping off a three-race stretch of finishing ninth or higher. The small streak came after a rough start to the season, in which the No. 60 didn’t finish higher than 16th across the opening four rounds. Harvey did qualify second in the first Indianapolis Grand Prix and the opener of Road America’s weekend doubleheader but faded to 17th in the former and ran off track in the latter while running fifth, ending up unable to rejoin the race.

Outside of the rough start to the year, Harvey showed vast improvements on both configuration styles. Having raced in just one oval event each season from 2017-19 (Indianapolis all three years), Harvey recorded top-10 finishes in three of 2020’s six oval events after failing to score even one in the years prior. His back-to-back sevenths at the Iowa Speedway doubleheader tied for his best two-race result of the year.

On road courses, Harvey was more consistent than in previous campaigns, scoring an eighth and a sixth in the Indianapolis road course doubleheader toward the end of 2020, and he kept his streak alive of just a single failure to finish per season; this year, however, he took even better care of his equipment, as that solitary DNF was the off-course excursion at Road America without damage.

Harvey returns for his second full-time effort in 2021, still in the No. 60, while the team will add a second car for the first time. Meyer Shank announced that IndyCar veteran Helio Castroneves is set to drive in six races, including the Indianapolis 500, for the team in a new No. 06 entry.

Adam Cheek joined Frontstretch as a contributing writer in January 2019. A 2020 graduate of VCU, he works as a producer and talent for Entercom Richmond's radio stations. In addition to motorsports journalism, Adam also covered and broadcasted numerous VCU athletics for the campus newspaper and radio station during his four years there. He's been a racing fan since the age of three, inheriting the passion from his grandfather, who raced in amateur events up and down the East Coast in the 1950s.
@adamncheek
Previous The Legend of Lewis Hamilton
Next 2020 NASCAR Team Reviews: Gaunt Brothers Racing 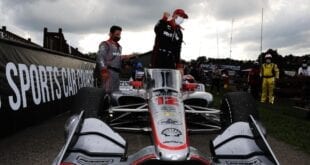 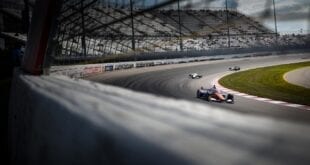