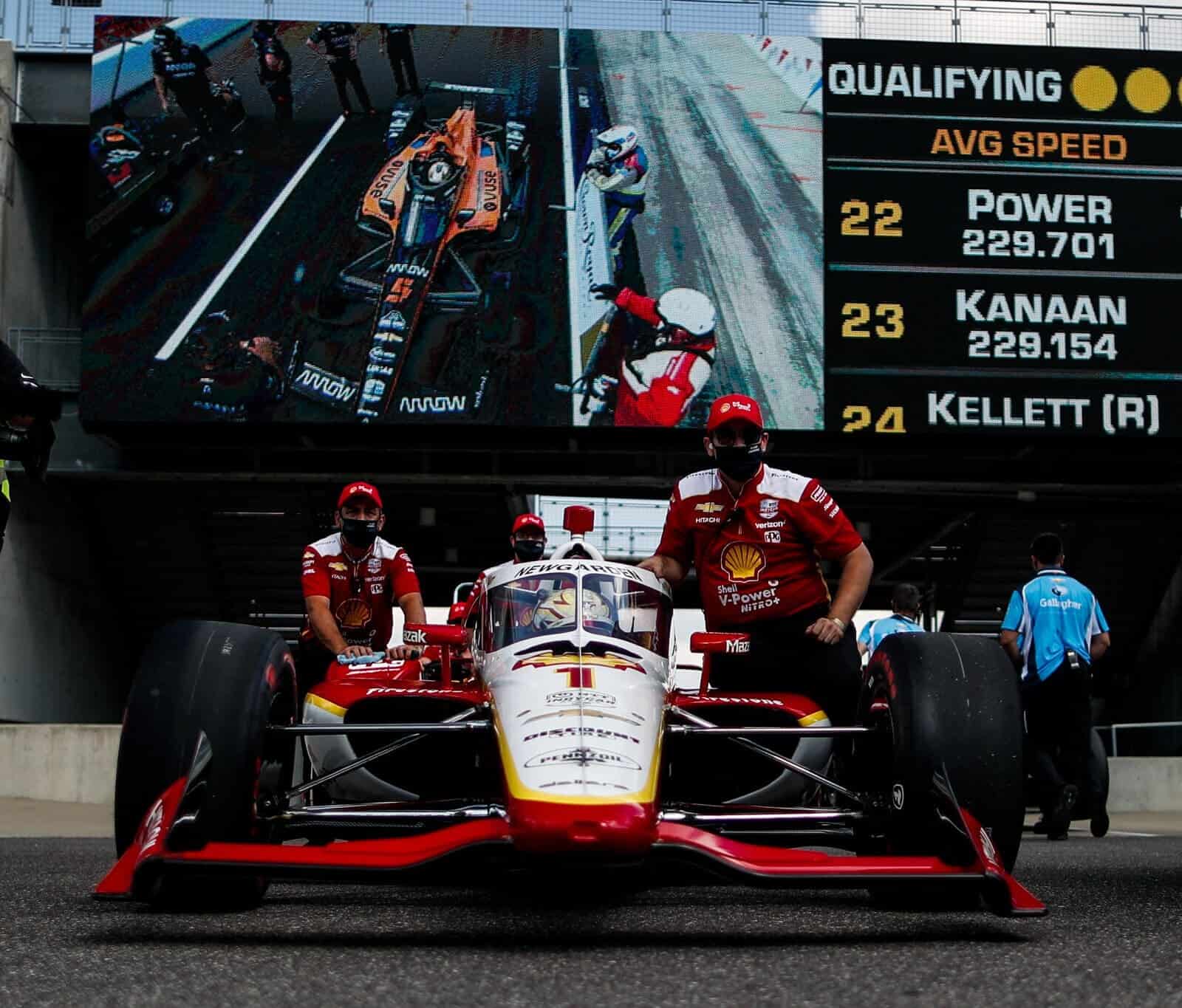 Just one year removed from a 2019 during which all three of Team Penske’s full-time NTT IndyCar Series drivers finished top five in points, the motorsports empire showed some slight cracks in its armor during a rough 2020 season.

Two-time IndyCar champion Josef Newgarden contended for a title and was the team’s bright spot, finishing just 16 points behind champion Scott Dixon, but it even took the reigning 2019 champion a while to get his results up when the season began.

Rounding out the trio of full-time drivers were Simon Pagenaud and Will Power, who along with Newgarden marked their fourth year as teammates of one another.

Newgarden came incredibly close to his third career crown and a second consecutive one at that, winning four races, recording six podiums and leading the most laps of any driver — over 100 more than Dixon.

He completed every single lap the series ran in 2020, never recording a DNF, and was nothing if not consistent; his average start and finish rolled in as a 5.5 and a 5.2, respectively.

Newgarden excelled on both track configurations, only finishing outside the top 10 twice (appropriately, one on each type of layout) and splitting his wins equally between ovals and road courses with two at each. He flat-out dominated the second Iowa Speedway event for his first win of the year, leading 214 of the 250 laps en route to giving Penske a sweep of the doubleheader weekend.

The Tennessean technically had a chance to win the title in the final race at the Grand Prix of St. Petersburg and he ran well, leading 21 laps and winning the event, but third-place Dixon ran well enough to secure his sixth championship.

Power quietly put together a strong season himself, despite finishing fifth in the standings. His five pole position starts were the highest of any driver (Newgarden was second with three, and no other driver recorded more than one), and five podiums tied him for third-most of the year.

The Australian also led the third-most laps of the season and reeled off five straight finishes of seventh or better late in the season, showing more prowess on road courses with two wins. He suffered a crash in the Iowa opener but came back stronger, finishing second the next day.

Power worked his way up the standings after the first race placed him in 13th, working his way up to fifth after the latter Iowa event; a mediocre run at Indianapolis Motor Speedway sank him to ninth, but three races later he was back in the top five and remained there for the rest of the season.

A crash 35 laps into the St. Petersburg season finale, though, dropped Power from fourth to fifth in the standings.

Coming off a three-win season in 2019 that included his first Indianapolis 500 crown, Pagenaud kicked off the season on the right foot, recording second- and third place finishes at Texas Motor Speedway and the Indianapolis road course before suffering middling results at Road America. He bounced back to win the opener at Iowa and finished fourth a day later, but then plummeted into a four-race skid without a top-15 finish.

This was the story of the Frenchman’s 2020, with solid weeks or doubleheaders followed by issues and difficulty for both team and driver. He led laps at Indianapolis before setbacks derailed his day; those laps and the 83 he was out front for at Iowa proved to be the only circuits he led all season.

A Penske staple for years, Helio Castroneves ran one event for the team prior to a pair of races for Arrow McLaren SP. The three-time Indianapolis 500 winner returned for the prestigious running in 2020, driving the No. 3, and ended up with an 11th-place finish.

Castroneves was never in contention during the event but managed to bring the car home in one piece despite a race marred by several violent accidents.

Scott McLaughlin, meanwhile, made headlines after winning the IndyCar iRacing Challenge finale at Indianapolis, scooting by a crash just before the start-finish line to take the victory. He debuted in real-life racing with Penske later in the season, having spent nine years in supercars; the past four of those have been with Penske, and McLaughlin won 48 races with the team between 2017 and 2020.

The outsider qualified 21st in the season finale at St. Petersburg, making his way up near the top 15 before an incident ended his race; McLaughlin got sideways out of a turn and hooked into rookie Rinus VeeKay‘s car, spinning both off the racing surface.

The trifecta of Newgarden, Power and Pagenaud will return for a fifth season in 2021, their fifth season as a trio in the Penske stables, and will also be joined by McLaughlin in his first full-time slate.

Castroneves joins Meyer Shank Racing for six events next year, teaming up with MSR staple Jack Harvey for the Indianapolis 500 and several other races.