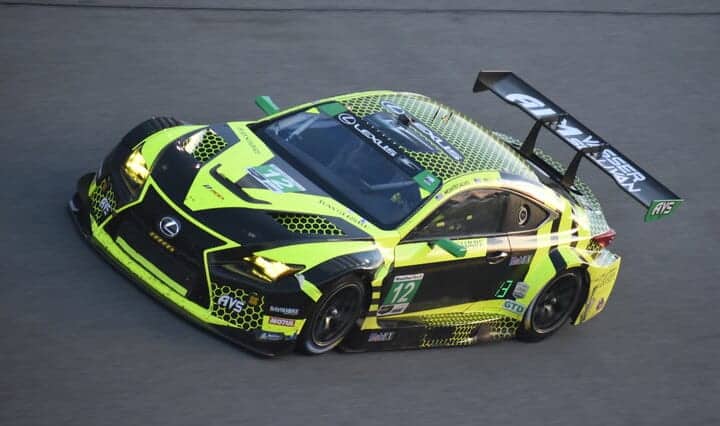 Vasser Sullivan announced Tuesday (Jan. 5) that Zach Veach will replace Townsend Bell alongside Frankie Montecalvo in the No. 12 Lexus full-time in the IMSA WeatherTech SportsCar Championship.  For Veach, Daytona will mark his first career GT race.

Given the current situation, being able to find anything full-time is a good move.  Veach is excited about his upcoming season.

Extremely grateful and excited to be joining @vassersullivan alongside @FMontecalvo in the #12 @lexusracingusa RC F GT3. I’m really looking forward to my first full season in the @IMSA @WeatherTech championship! Going to be a fun year! pic.twitter.com/Lqjx0qU5qN

Veach comes to Vasser Sullivan after having raced for Andretti Autosport in the NTT IndyCar Series for the past three years.  Over that time, Veach failed to get onto the podium.  His best career finishes were a pair of fourths at Long Beach (2018) and Texas (2020).  In 2020, Veach started the year very well by tying his career-best finish in the season opener at Texas Motor Speedway in June.  Unfortunately, it was all downhill from there.

The fourth-place finish in Texas ended up being Veach’s only top 10 finish of the year.  Beyond that, his best finish was 14th in the GMR Grand Prix at Indianapolis.  While Veach had only two DNFs in 2020 (Iowa No. 1 and Gateway No. 1), his on-track performances were lacking.  After the doubleheader weekend at Mid-Ohio, Veach was released from the team.  James Hinchcliffe finished the season in his place.

Veach has one career start in the IMSA WeatherTech SportsCar Championship.  That came back in 2015 in the now-defunct Prototype Challenge class for JDC-Miller MotorSports at WeatherTech Raceway Laguna Seca.  Veach shared the No. 85 ORECA FLM09-Chevrolet with Misha Goikhberg en route to a fourth-place finish in class.

Montecalvo remains in the No. 12 Lexus for his third full-time season.  2020 was his best year in the GT Daytona class.  Paired with Bell, Montecalvo claimed his first career class victory at a very rainy Road America in August.  Montecalvo finished 13th in points, but that was due to missing the Motul 100% Synthetic Grand Prix at Charlotte Motor Speedway.  That was due to his own wedding clashing with the race.  Had he ran at Charlotte, Montecalvo would have ended up sixth in points with Bell.

Vasser Sullivan has not made any announcements pertaining to endurance drivers for 2021 as of yet.  That will come at a later date.