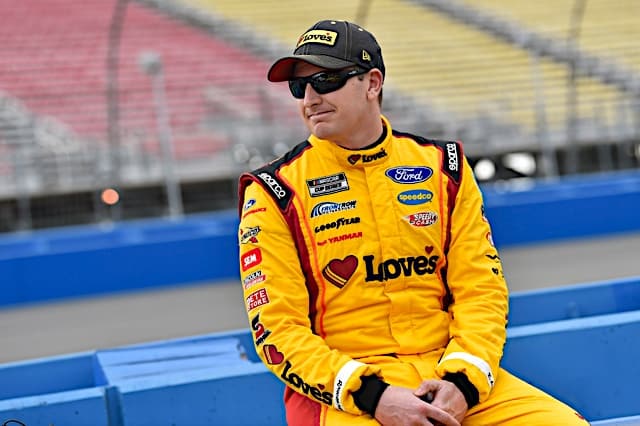 Michael McDowell will remain with Front Row Motorsports in the NASCAR Cup Series in 2021, while Anthony Alfredo moves to the team to compete for Rookie of the Year honors, the team announced Jan. 6.

McDowell returns to the No. 34, while Alfredo will drive the No. 38 vacated by John Hunter Nemechek.

“This is really an unbelievable moment,” Alfredo said in a team release. “When you start out racing karts as a kid, you dream of making it to the sport’s top level. I want to thank Bob Jenkins and everyone at Front Row Motorsports for making this dream a reality. I know the challenges ahead, but I’m here to work hard and prove myself.”

In 2020, McDowell scored his best points placement and average finish in Cup, finishing 23rd in points with a 20.9 average finish, earning a career-high four top 10s.

Additionally, the team announced that David Ragan will again drive a third FRM car in the Daytona 500 after also doing so in 2020. He’ll drive the No. 36, which last year was partnered with Rick Ware Racing in one of its chartered cars. The release didn’t specify if the No. 36 would again have a charter for the race.

This is a good thing, just need to be a bit patient with Alfrado.

I would like to see McDowell in better equipment, he can’t show his potential but I think he does well with what he has to drive, frm seems to be improving too. Here’s hoping for a fun exciting year!