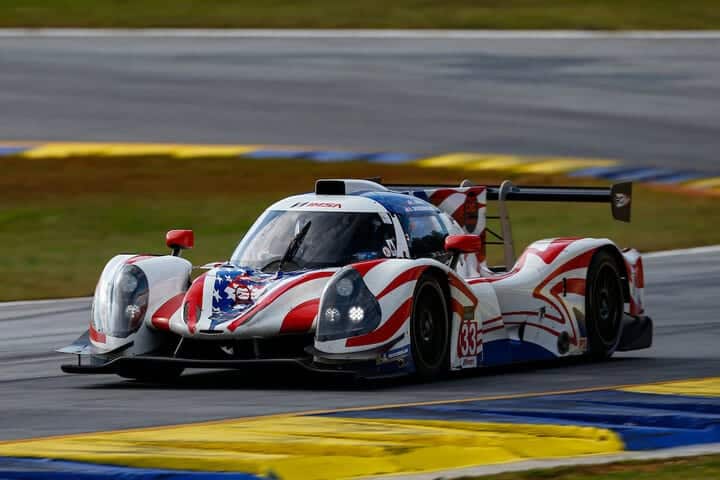 Sean Creech Motorsports announced Sunday morning (Jan. 10) that they will compete full-time in the IMSA WeatherTech SportsCar Championship’s LMP3 class in 2021.  Lance Willsey, who has driven for the team for years in IMSA Prototype Challenge, will move up with the team.  He’ll be joined by veteran Joao Barbosa for the full year.  Wayne Boyd and Yann Clairay will also be in the car for the Rolex 24 at Daytona.  The Sean Creech-owned team will be fielding a Ligier JS P320-Nissan and retain the No. 33 that they’ve used for years in Prototype Challenge.

“I’ve known of Joao [Barbosa] and his success for many years and when we found out he was available, it was a no brainer to reach out and see if he was interested,” Willsey said in a press release.  “Despite the limited testing we’ve had with the new car, his insights and experience have been invaluable to get us going in the right direction to fully understand the car.  Having this driver lineup, combined with Sean’s experience and everything that Mark Schomann and Kevin Doran bring this is a great nucleus of people.”

Willsey has never raced full-time in the IMSA WeatherTech SportsCar Championship, but has four previous WeatherTech starts, all in the GT Daytona class.  His best finish was 10th in class in 2016 in a Lamborghini for Konrad Motorsport.  Dating back to 2007, he has 10 appearances in the Rolex 24 at Daytona and 12 top-level sports car starts, all of which came at Daytona.

In Barbosa, Sean Creech Motorsports gets a longtime veteran driver.  Barbosa has raced prototypes full-time since 2010, but was quietly let go from JDC-Miller MotorSports late in 2020.  Since the Grand-Am/ALMS merger, Barbosa has two championships (2014 and 2015) with Action Express Racing and 10 victories.  He had six more victories in the Rolex Sports Car Series’ Daytona Prototypes prior to the merger.  The plan is for Barbosa to be a steadying presence.

“I worked with Sean back when I was racing a Porsche GT2 (for Mike Colucci Racing) and we always kept in touch through the years,” Barbosa said.  “Every time we’d catch up, we’d talk about working together as we always had a good relationship.  So when I was testing at Daytona last year, we were talking again, but this time everything fell into place!  So it’s really exciting for me to be able to get to race for Sean after all these years of talking about it.  I want to thank Lance and Sean for having me be part of the program and I’m looking forward to teaming up with Lance. He is passionate and very competitive, and Sean has put some very experienced people in place so this program has all the opportunity to be competitive that you could ask for.”

In Boyd and Clairay, the team is getting a couple of experienced drivers.  Boyd has raced full-time in the European Le Mans Series for United Autosports.  He is the defending champion in the LMP3 class, scoring three victories and earning four podium finishes in five races.

Clairay is a known quantity to Sean Creech Motorsports, having previously raced for the team in 2018 when it was still under the banner of Extreme Speed Motorsports.  Clairay, teamed with Kris Wright, won at Barber Park on debut.  That was followed up with a second-place finish at Canadian Tire Motorsport Park.  Those runs helped guide Wright, who will be full-time in the Camping World Truck Series in 2021, to the 2018 IMSA Prototype Challenge presented by Mazda championship.

Outside of IMSA, Clairay’s most notable success was winning in the FIA GT1 World Championship back in 2010 in an Aston Martin DBR9 and finishing second in GT1 at Le Mans in 2009 for Luc Alphand Adventures in a Chevrolet Corvette C6.R.

The team has also acquired the services of Kevin Doran to head up engineering.  Doran is a longtime fixture in the sport, dating back to the 1980s with teams such as Moretti Racing.  He owned his own team in Grand-Am competition (Doran Racing) and won the 2002 Rolex 24 at Daytona with a Dallara chassis.  Later on, he designed his own Daytona Prototype chassis, the Doran JE4.