Mercedes-AMG announced their slate of teams Tuesday (Jan. 12) that will contest this month’s Rolex 24 at Daytona.  In addition to HTP Winward Motorsport moving up and Alegra Motorsports, returning to IMSA after being away since 2017, SunEnergy1 Racing will be back in the IMSA paddock for the first time since Watkins Glen in 2018 (pictured above).

Mercedes’ release indicates that SunEnergy1 Racing will field the No. 75 Mercedes-AMG GT3 EVO with team owner Kenny Habul at the wheel.  Habul will be joined by Mikael Grenier, Raffaele Marciello and Luca Stolz.  Primary sponsorship will be from SunEnergy1, Habul’s company that serves as a developer of solar energy projects.

For Habul, this will be his fourth Rolex 24 at Daytona and the third one with his own team.  The other one was in 2016 with Stevenson Motorsports, where Habul revealed to Frontstretch about his and SunEnergy1’s involvement with Hendrick Motorsports.  His best finish at Daytona was seventh on debut in 2016.  His team’s best finish was eighth in 2018.

Since 2018, SunEnergy 1 Racing has primarily competed in the Intercontinental GT Challenge.  In 2020, travel restrictions meant that the team only competed in the Indianapolis 8 Hours in October.  That effort came in partnership with Gradient Racing, which normally races Acuras in IMSA in the WeatherTech Sprint Cup.  That day, SunEnergy1 Racing finished ninth overall with Habul, Grenier and Martin Konrad driving.

Grenier has driven for SunEnergy1 Racing since 2018.  He has three previous IMSA WeatherTech SportsCar Championship starts with the team.  His best finishes are a pair of eighths.

Marciello is making his IMSA WeatherTech SportsCar Championship debut in Daytona, but there are few drivers that are better suited to race a Mercedes-AMG GT3 at the moment.  Marciello won the 2018 Blancpain GT Series Sprint Cup championship and won the most recent FIA GT World Cup at Macau.  He’s been a strong contender for much of the last five years in GT3 competition around the world.  Despite that, he has very limited experience racing in the United States.  In 2018, Marciello drove for CRP Racing at Lime Rock Park in what was then Pirelli World Challenge’s GT class.  He had a best finish of sixth that weekend.

Finally, Stolz has six career IMSA WeatherTech SportsCar Championship starts, five of which being in Mercedes equipment with Riley Motorsports.  His best finish has been a third in class at Sebring in 2018.

SunEnergy1 Racing has not officially commented on the news.  They have also not indicated as to whether they will run additional IMSA races in 2021 or consider Daytona to be a one-off.

Phil Allaway has three primary roles at Frontstretch. He's the manager of the site's FREE e-mail newsletter that publishes Monday-Friday and occasionally on weekends. He keeps TV broadcasters honest with weekly editions of Couch Potato Tuesday and serves as the site's Sports Car racing editor. Outside of Frontstretch, Phil is the press officer for Lebanon Valley Speedway in West Lebanon, N.Y. He covers all the action on the high-banked dirt track from regular DIRTcar Modified racing to occasional visits from touring series such as Tony Stewart's Arctic Cat All Star Circuit of Champions.
Previous Brandon Gdovic Returning to Sam Hunt Racing for Limited 2021 Schedule
Next Miguel Paludo Joins JR Motorsports for 3 Road Course Xfinity Races 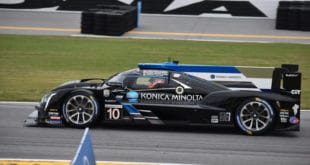 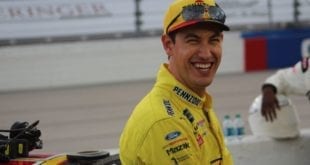 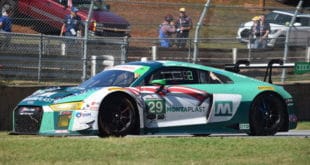